Tape continues to be one of the best mediums to backup your data, as it is both reliable and affordable. A software like Canister makes it easier to use, works with all LTO drives and prevents vendor lock-in. 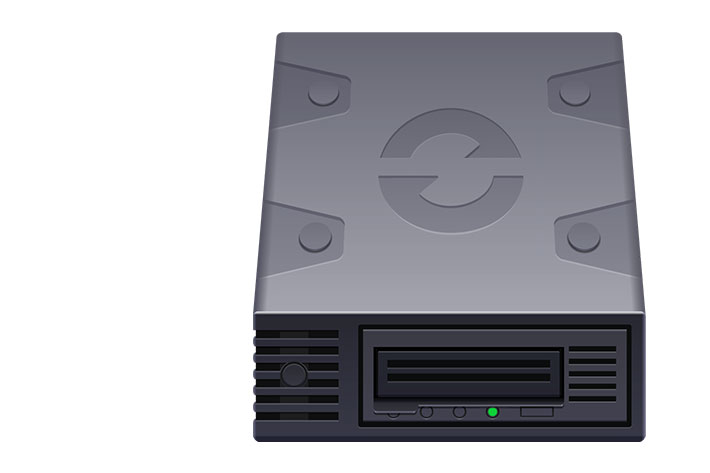 Developed by Hedge, Canister is a Mac app that fully supports LTFS, guarantees data on the tape is accessible for everyone at any time in the future and even protects tapes from wear.

Linear Tape-Open Technology (LTO) is a magnetic tape-based data storage solution designed in an “open” format technology that allows manufacturing by any vendor that wishes to license the technology. The “open” nature of LTO technology enables compatibility between different vendors’ offerings and multiple sources of product and media.

Developed in the late 1990s, LTO Technology is controlled by the LTO Consortium, formed by Hewlett Packard Enterprise, IBM, and Quantum, which directs development and manages licensing and certification of media and mechanism manufacturers. The standard form-factor now in use is named Ultrium. It was released in 2000, offering 100GB of data capacity. The LTO Ultrium has moved through different generations, with the eighth, from 2017, able to hold 12TB in a cartridge of the same size.

According to the LTO Consortium, the Ultrium format uses a single-reel tape cartridge to maximize capacity, and is ideally suited for backup, restore and archive applications. The format is user-agnostic, meaning that it addresses a wide variety of needs from a single-server user to complex multiple server enterprise environments. To allow users to view and access tape files just like disk or any other removable media files, the team behind the technology developed LTFS or Linear Tape File System, which allows users, according to the LTO Consortium, “to access files through any operating system, sort and save data easily.”

“Only, it didn’t work out that way, as many LTO users will confirm,” says Paul Matthijs Lombert, CEO of Hedge. “Using LTFS with Finder wears out tapes and using LTFS with the command line interface is too complicated for users who rely on the GUI of their Mac to drag and drop files to tape. Filmmakers and photographers don’t want to work with the Terminal – they usually don’t know where to begin – or wonder which drivers to install and learn how tape drives write and read back data. This is where Canister comes in.”

“The main issue with Terminal,” Lombert told ProVideo Coalition “is that you don’t gain any muscle memory; you need to remember the exact commands. Knobs are just easier to remember, whether it’s on a camera, in your car or inside an app. If you’re not working on the command line on a daily basis, it’s hard to maintain that knowledge. A GUI simply makes more sense when 99% of the work is repeatable.” 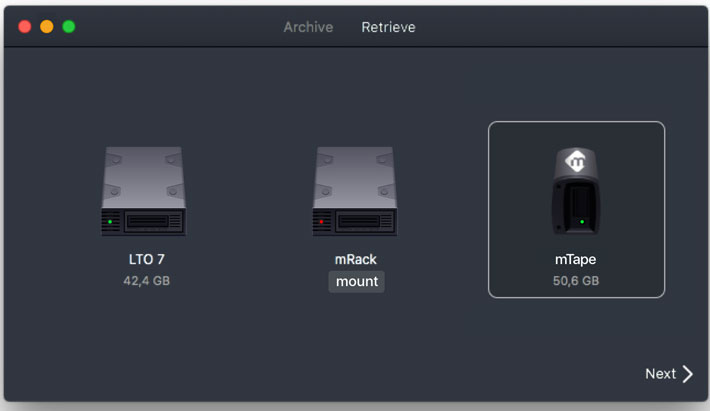 LTFS expects users to master a command line interface and to find the right drivers for their system out of multiple options. It presumes users know that formatting a tape requires carefully selecting options, with wrong formatting decisions potentially leading to data loss. In addition, with different software vendors managing tapes differently, tapes are hard to share between users with different workflows.

Canister handles all of this behind the scenes, exposing users only to a helpful GUI. For example, Canister detects when correct drivers cannot be found and tell users which ones to install, while the tape drive panel will show users a customized icon for their drive.

Canister is a Mac app that fully supports LTFS and guarantees data on the tape is accessible for everyone at any time in the future. All necessary tasks like formatting, erasing, mounting, ejecting and even recovery are available. The software works around LTO shortcomings such as the strict naming rules users must comply with. Instead of locking users in by enforcing permitted names through a proprietary system, Canister uses URL encoding. If Canister encounters illegal characters in a name, it will convert them to legal alternatives. Upon data retrieval, Canister will decode them to the originals. For each transfer to and from tape, a detailed log is created, alongside a Media Hash List. MHL, an open XML standard, allows for easy integration with, for example, a MAM. 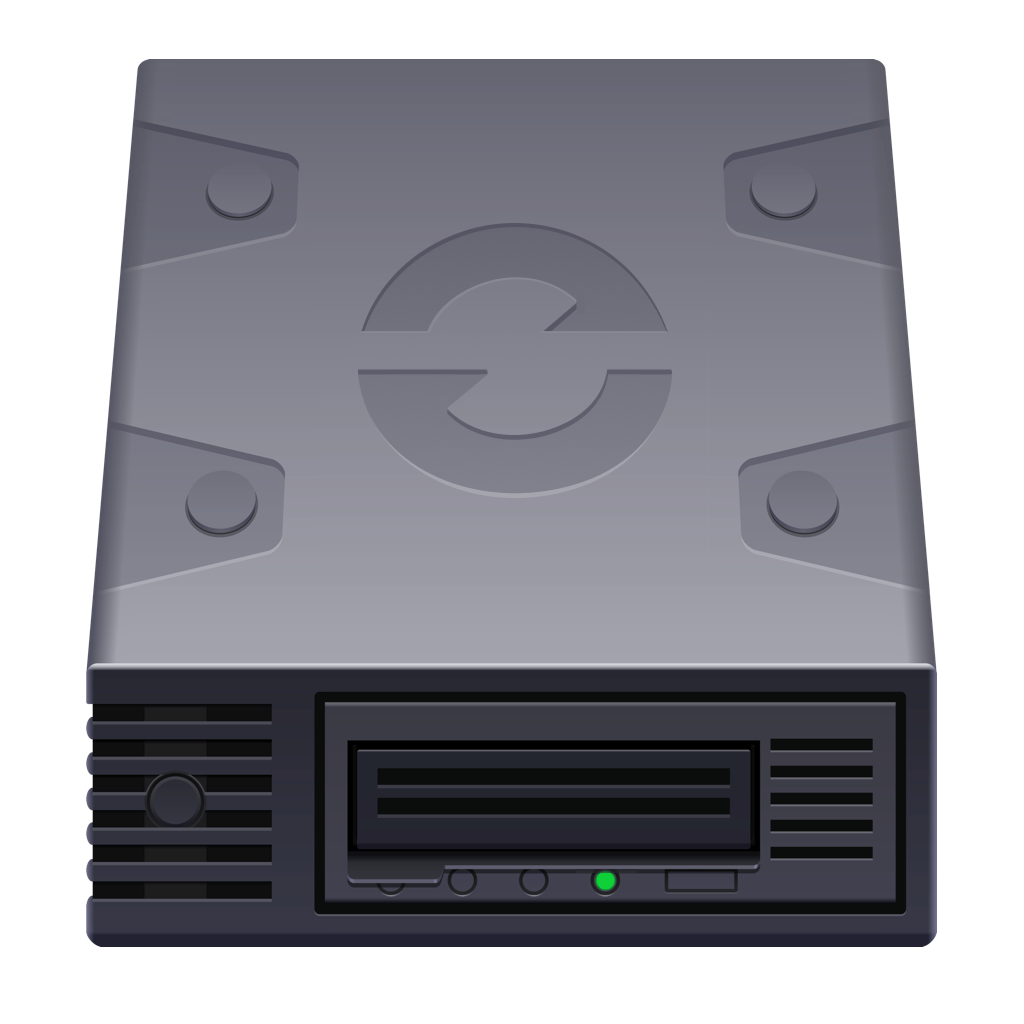 Canister and ShoeShine to protect your tapes

The app not only gives you a user-friendly interface to control the whole operation, it also ensures tapes are taxed as little as possible. Canister presents users with a panel containing mounted LTO drives —up to three of them by default. A user selects the files and folders that should be archived and selects the LTO drive(s) to archive to. New folders can be created on the tape to organize data. The latter avoids the drive to be triggered by Finder’s automatic preview generation. Likewise, access to tape only happens when the actual writing starts. The retrieval process is equally tape-friendly: browsing the tape or selecting the files starts the actual reading process. Only after a user begins a transfer will the tape be read.

“We aimed to ensure tape longevity can be maximized in more ways,” says Lombert. “LTO is getting faster with every new generation, so source media can quickly become a bottleneck. A source that is too slow for the LTO drive will shorten tape lifespan considerably. That’s why we built a management feature into Canister, which we call Shoeshine Protection.”

A shoeshine prolongs the life of your shoes; here, although different, it is used to prolong the life of your tapes and data. Shoeshine Protection actively manages supply and demand behind the scene, resulting in a steady and continuous data stream. It avoids unnecessary tape start-and-stops and works with existing tape archives as with ones created by Canister.

Canister is born because of continuous feedback and requests by users. In fact, requests for LTO support were quite common, but as Lombert told us, “To us, it seemed an archaic medium. Then one day Roger Mabon, CEO of mLogic,” he continues “reached out to us, convincing us LTO was alive and kicking. He noticed how natural Hedge was to use for backups, and wondered if we would be able to apply our vision onto LTO. Through discussions with him, our partners, and a few key Hedge users we came up with a workflow that works for tape. Whereas Hedge is designed to be parallel, to do everything at the same time, LTO demands a serial workflow, and cracking that nut was key to getting it to work.”

With their roots in live audio, film, and broadcast, Hedge, located in Amsterdam, the Netherlands was founded by Paul Matthijs Lombert and Roelof de Koning. Initially conceived for a Dutch TV show, its first product, Hedge, was released for the Mac in early 2016 and for Windows late 2017. In the years since Hedge has become a vital part of the data workflow from video professionals all across the globe. Now the company introduces Canister, a clever macOS app that works across all LTO vendors’ products, fully supports LTFS, protects tapes from wear and prevents vendor lock-in, through a user interface that makes simplicity of use a key feature of the product.

Lombert believes that Canister “is LTO for Dummies. With Hedge, we learned that not only the not-so-experienced users love the ease of use, but the super professionals do as well. The simplicity takes a lot of things off your mind, and you can educate an assistant in one minute. Whether it’s a bad practice or not, in the end, many ACs and PAs end up doing data and backups. Better to give them tools they can understand. LTO veterans, already familiar with LTO’s intricacies, might not care too much about the interface, but Canister’s Shoeshine Protection could be a game changer for them.” 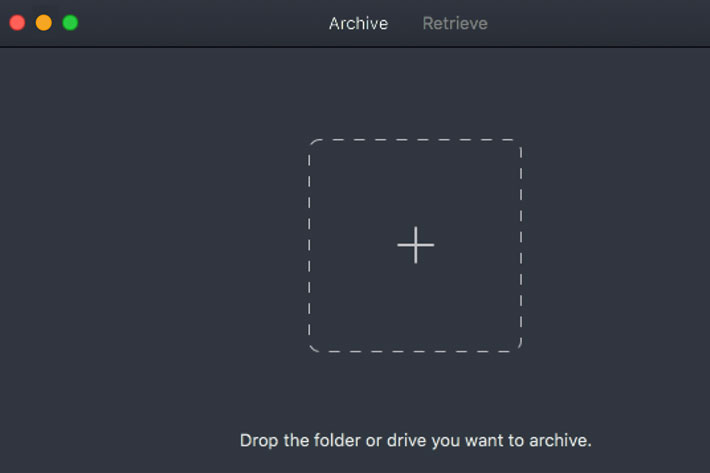 A glimpse of the future and some suggestions

Canister also puts an end to issues related to vendor lock-ins. “Imagine you create a tape archive today, and need to retrieve it 15 years from now.” says Lombert, adding that “Chances are that the software you created the tape with is no longer available. So you either need to keep a working legacy system around to access those tapes or migrate your tapes every X years. That’s a waste and a risk. We feel each tape that Canister creates should be fully retrievable, at all times, with every piece of software that supports LTFS. Not just the data, but the entire namespace too. It’s the workarounds for LTFS’ namespace limitations that make that are being stored in proprietary, non-open, databases. From a developer’s perspective that makes sense: it solves a lot of potential headaches for software vendors, but it’s just not in the users’ best interest.”

Using an LTO magnetic tape-based data storage solution is not the first option for many users, but Lombert believes that “Everyone that struggles with a stack of hard drives catching dust in a closet should at least have a look into it. The amount of data being offloaded per project is growing faster than the typical size of a destination drive. Because of that, storage will continue to eat up larger chunks of your budget. That is not sustainable, we think. With LTO’s price per GB, it’s a no-brainer.

When you look at the roadmap for LTO, the speed of LTO-7 and 8 is already good enough to replace regular HDDs and go straight to tape. I’m not saying one should ditch all spinning disks, but LTO is becoming an alternative where before it wasn’t even on the radar. If you have data to keep safe for longer than a year, put it on tape.”

For those afraid of what the introduction of LTO may mean for their workflow, Hedge’s CEO has an answer “The software isn’t a hurdle anymore – Canister manages all drivers for you, and its price point is lower than ever before for LTO. It’s the hardware that’s the hurdle. Make your life easy, and get an LTO drive with Thunderbolt. It’s worth it. If budgets are tight, check out LTO-7 drives. It will be cheaper than that stack of disks you have accumulated the last 10 years – which are all dying by now.”

I think the ideal setup for the coming decade is to work on a RAID or DAS, use LTO for all things you don’t immediately need, and maybe keep one or two portable SSDs around. It’s easier to handle than replacing all your project drives every few years or so.”

Canister is available now. A 10-day unlimited trial is included, while a full license costs $199, or $149 for a short period after launch. A Canister license is permanent and includes a full year of updates. Additional updates cost $99 per year. Site licenses are available from $1999. 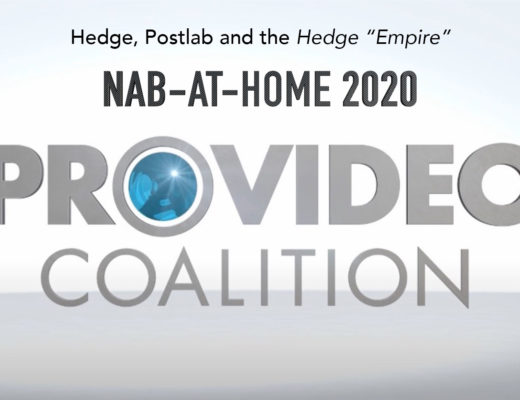 Hedge and Postlab were always in the South Hall Lower. One thing I love about NAB is walking the... 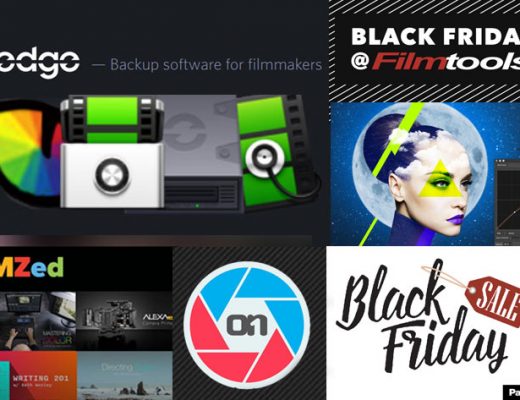 The big day is tomorrow, but we’ve had some special promotions before and will continue to also have some... 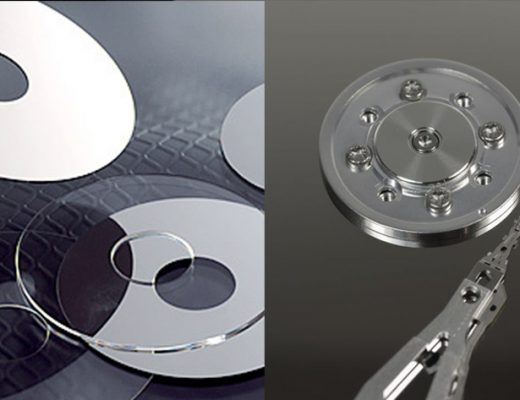 Designed for different needs, the new hard drives from Seagate and Western Digital confirm the growing data needs but...