There’s an Endless Variety of World Views, and Almost as Many Ways to Organize and Describe Them 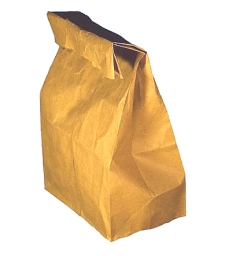 Ontology is one of the more daunting terms for those exposed for the first time to the semantic Web. Not only is the word long and without many common antecedents, but it is also a term that has widely divergent use and understanding within the community. It can be argued that this not-so-little word is one of the barriers to mainstream understanding of the semantic Web.

While there have been attempts to strap on more or less formal understandings or machinery around ontology, it still has very much the sense of a world view, a means of viewing and organizing and conceptualizing and defining a domain of interest. As is made clear below, I personally prefer a loose and embracing understanding of the term (consistent with Deborah McGuinness’s 2003 paper,Ontologies Come of Age [1]).

There has been a resurgence of interest in ontologies of late. Two reasons have been the emergence of Web 2.0 and tagging and folksonomies, as well as the nascent emergence of the structured Web. In fact, on April 23-24 one of the noted communities of practice around ontologies,Ontolog, sponsored theOntology Summit 2007 ,”Ontology, Taxonomy, Folksonomy: Understanding the Distinctions.”

These events have sparked my preparing this guide to ontologies. I have to admit this is a somewhat intrepid endeavor given the wealth of material and diversity of opinions.