Breakthrough Photography is back on Kickstarter with a campaign for a new line of filters, which includes a new neutral density filter in 100mm and 150mm square formats, the X4 ND Square, available in 1 to 10-stop densities. 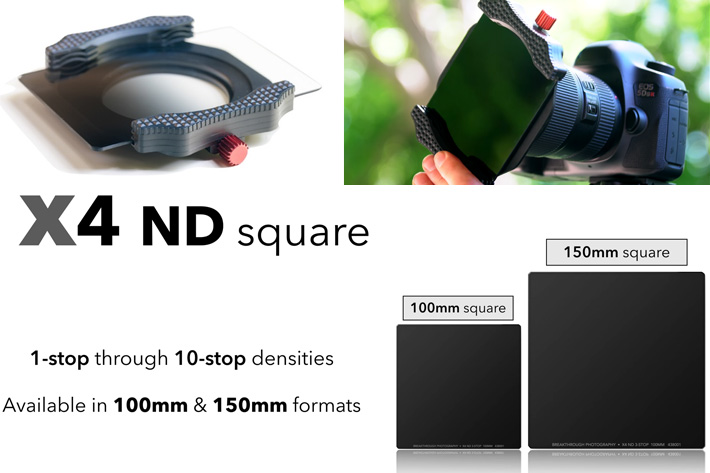 Cinematographers and photographers have discovered, since 2015, the quality of the ND and CPL filters from Breakthrough Photography. Now it is time to discover new solutions, like the X4 ND Square and a first: X4 GND – the world’s first tempered glass graduated neutral density filter.

There is one reason, from where I see it, for the enthusiasm around the new campaign. Backers of the two previous campaigns from Breakthrough Photography are completely satisfied with the products they received, and no one wants to miss the opportunity to be among the first to try the exciting new line of products. I can sign under for that, as I’ve the first filter Breakthrough Photography launched through Kickstarter, and it is a winner in terms of Neutral Density filters. I never leave home without it.

Now the company unveiled a new line of filters announced on Kickstarter, which consists of no less than six new products: Dark CPL, X4 GND (100mm & 150mm), X4 ND Square (100mm & 150mm), a X2 Infrared filter, a X2 Variable ND filter and X100 Holder. Breakthrough Photography claims the X4 GND and X4 ND Square filters to be the world’s first tempered glass GND and square ND filters. After the campaign launched, a new option was made available, a X150 Holder, which makes sense for the larger filters. Those interested will have to order it out of the Kickstarter campaign. All the information needed to order is available online. 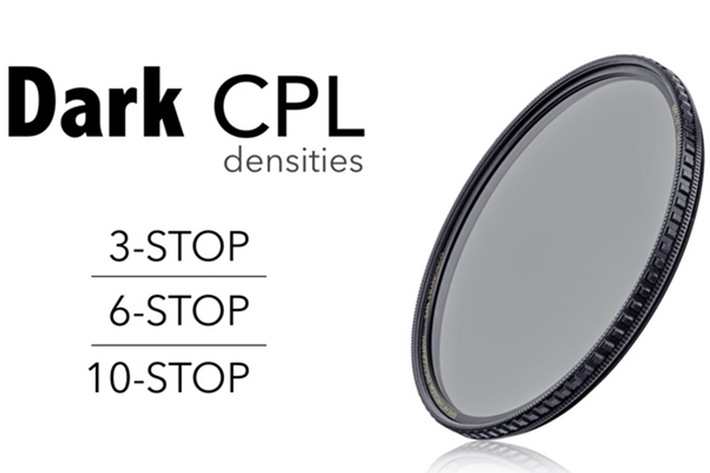 The Dark CPL, the first new reference from Breakthrough Photography, results from the combination of a ND and a CPL filter. The Dark CPL was created to solve one problem: vignetting.  “Stacking ND and CPL filters is a common scenario for outdoor photographers, says Graham Clark,  but the primary drawback of doing this is vignetting at 16mm on a full-frame setup. By combining our X4 ND and X4 CPL into one filter – which we call a Dark CPL – we’ve eliminated vignetting down to 16mm on a full-frame setup.” 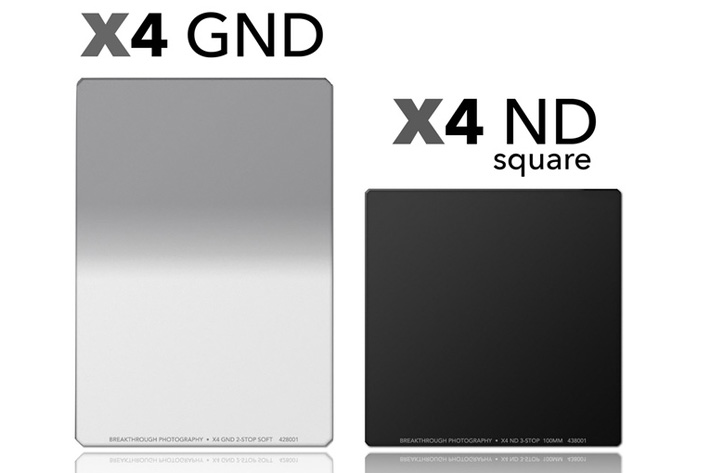 The X4 GND is born from Graham Clark’s enthusiasm for landscape photography. They feature the “normal” technologies adopted in the other filters from the company – MRC16 and nanotec nano coating technology on both sides of the optical surface, which allows the filter to easily repel dirt, water and other elements. . Manufactured with tempered SCHOTT B270 optical glass, the X4 GND is incredibly resistant to scratching, breaking, warping and other issues common on traditional resin GND filters.

“For years I’ve been a happy user of Singh-Ray’s great line of GND filters. I loved the performance, but the durability of resin filters in general is not so great for meeting the demands of outdoor photographers. And then there’s this problem of image quality and distortion once the surface of the resin GND has been scratched or warped” said Clark. “After we introduced the X4 ND, I made it our number one goal to reinvent the GND. We encountered numerous manufacturing and engineering problems along the way, but we finally did it, and the X4 GND is the result of all that hard work.”

Breakthrough Photography is also introducing a new neutral density filter in 100mm and 150mm square formats, called the X4 ND Square. The new X4 ND filters will be available in 1 to 10-stop densities, as requested by cinematographers.

“Since the introduction of the X4 ND, photographers have continually asked us if we could make it available in 100mm and 150mm square formats.” said Clark. “We’re excited to announce the X4 ND Square, which shares the same technology as our X4 ND circular filters, making the X4 ND Square the world’s sharpest and most color neutral square ND filter. And like the X4 GND, they’re also tempered.”

With the introduction of the new square filters, a filter holder was needed, and Breakthrough Photography decided to create a new universal 100mm filter holder, called the X100 Holder, which they claim eliminates vignetting down to 16mm on a full-frame setup, and it features an innovative snap-lock mechanism for securely connecting 100mm holders to the camera lens. There will also be a X150 Holder available, as mentioned above. 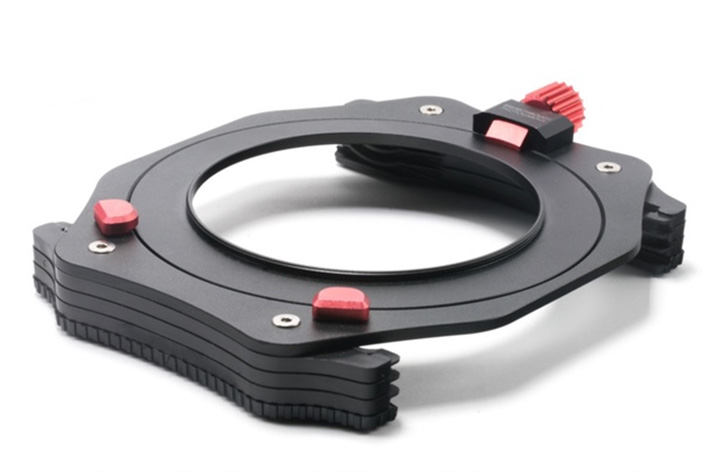 “A new 100mm filter system just wouldn’t be complete without a great universal holder, and we found a real lack of thoughtfully designed holders on the market, so we decided to try our hand at redesigning the traditional holder. It took well over 50 prototypes to get to the final product” said Clark. “There were a few features I wanted in a holder that I thought other outdoor photographers might appreciate. The first being the ability to quickly attach/detach with one hand. That led to the second feature, a reliable snap-lock mechanism at the top of the holder, which makes a confident ‘click’ when attaching to the adapter ring. The third was to eliminate vignetting at 16mm on a full-frame setup even with 3 levels installed. I’ve always been disappointed with filter holder and adapter ring prices being so high despite the quality being low, so we decided to go the other way and price our new universal X100 Holder right at only $49, and only $7 for each aluminum adapter ring, $17 for brass. And since it’s universal, it will even work with your existing 100mm filters.”

Each X100 Holder is manufactured from aircraft grade aluminum and features two levels installed, and includes a third level which can be easily installed by the photographer. The front of the X100 Holder also has traction, similar to the traction frame on Breakthrough’s X4 ND filter.

Breakthrough Photography is so confident about the quality of its products that it is offering a unique opportunity to those interested in the new filters. With the launch of the X100 Filter System, Breakthrough Photography is also starting a new buyback program where they will buy any Singh-Ray or Lee GND filter purchased within the last 15 years from an approved retailer, and provide the photographer with 100% of the value paid on the GNDs in the form of a gift card, which never expires. The offer is valid until May 1st, 2018.

With so many options in terms of filters, ordering on Kickstarter can be confusing, but Breakthrough Photography created a video explaining everything, which you’ll find at the bottom of the Kickstarter campaign page. The new filter lineup is available for pre-order on Kickstarter now, and is projected to ship in July 2017. 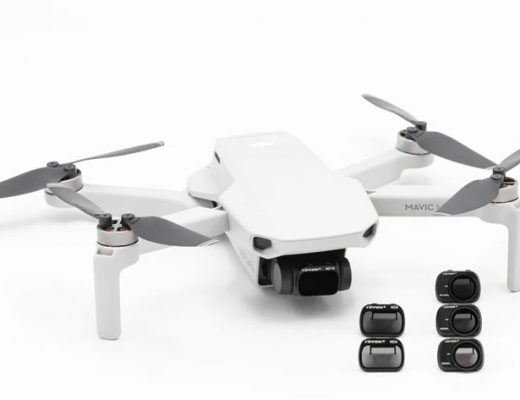 Tiffen Filters, a division of The Tiffen Company, is now shipping their new line of drone filters for the...