Master of special effects, developer of professional post-production tools, Boris FX will introduce the new Particle Illusion and the newest versions of its plug-ins at the next edition of the NAB Show. 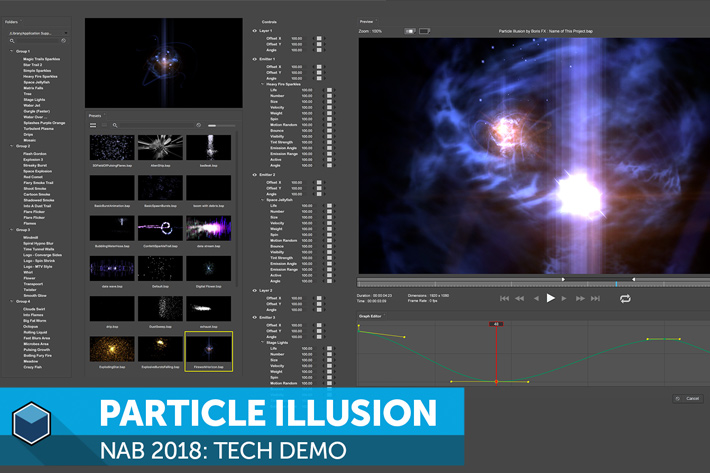 Continuum, Sapphire, and Mocha will be in Las Vegas for the 2018 NAB Show. Boris FX will also reveal the new version of  Particle Illusion and debut the Boris FX App Manager.

“We’re excited to preview new versions of Sapphire, Continuum, and Mocha, plus announce the reboot of Particle Illusion,” says Boris Yamnitsky, Boris FX founder & president. “We have listened to our customer base and have taken on multiple initiatives that will greatly enhance the workflow for editors, motion graphics, and effects artists. Mocha will have a streamlined user interface to improve the tracking and masking found in all our products, and the new Boris App Manager provides our customers with a welcome centralized utility for quick and easy installation and licensing management.” Yamnitsky continues, “Another highly-requested feature was to bring back Particle Illusion. We have responded by reengineering and designing this application from the ground up. The NAB show is a great opportunity for customers to meet the team and learn more about our core commitment to developing the most robust professional tools for the broadcast and post-production industry.”

Particle Illusion, of which NAB attendees can preview a technology demo showing the version that will be available later in 2018, is a tool to create brilliant motion graphics elements, such as sparkles, smoke, and fireworks with a lightning fast GPU-accelerated engine in a simple, easy-to-learn interface. The plug-in will be released as part of Continuum 12 and the Continuum Particle Unit. 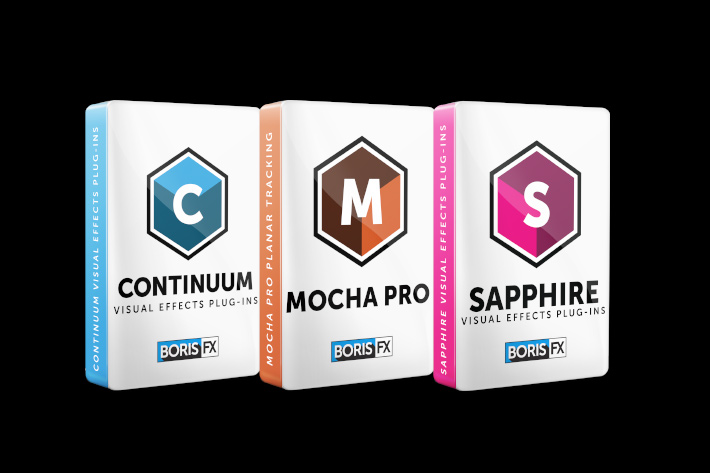 Continuum, as well as Sapphire, the broadcast industry’s most widely used plug-in packages for editorial and finishing, also receive new technology and enhancements, in the form of GPU improvements on Avid and Resolve for faster effects rendering and playback, new tools and improvements to Title Studio, through faster rendering time, new text tool, and user interface update.  Output to broadcast monitor is also an area with changes, with preview images and video from Boris FX UI applications to broadcast monitors via BlackMagic and AJA video hardware.

Debuting at the 2018 NAB Show, the Boris FX App Manager is a new utility that unifies licensing and application management for all Boris products. The company also presents the Boris FX Suite a bundle product making the industry’s three most popular plug-in packages (Sapphire, Continuum, and Mocha Pro) available together on one license with cost effective pricing, purchase, and subscription options.