This is a MUST read for those interested in color grading and a SHOULD read for everyone else. 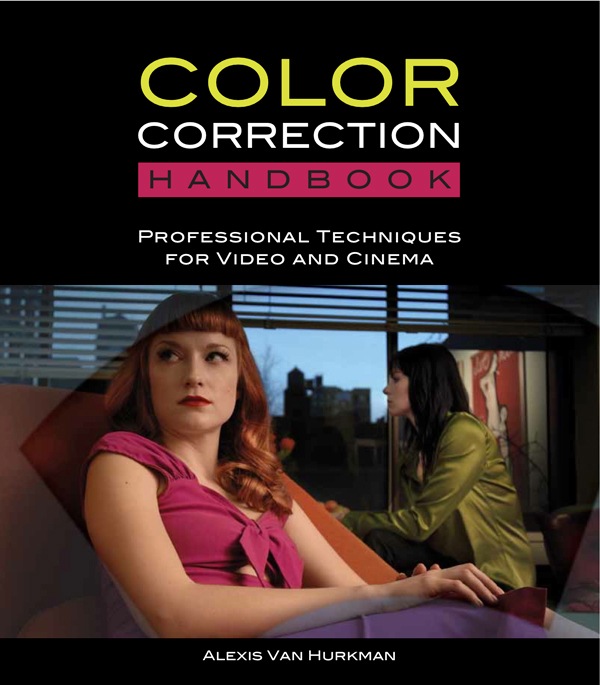 If you’re wanting to learn more about post-production then you’ve got quite a few areas where you can target studies. There’s creative editing and storytelling (of course), there’s audio mixing and sound design, there’s the technical world of editing where you’re dealing with workflow and media organization, there’s graphics, effects and color grading as well. A good place to learn any of these specific tasks is the right book. For color grading there’s Alexis Van’s recently released book Color Correction Handbook: Professional Techniques for Video and Cinema

. Read on for a review of this great book.

What do all of those things have in common? They are all capable tools used for color correcting and color grading an image. Though their power and complexity vary, they are all relatively affordable (if not part of a purchased toolset already) and available to most anyone working in post-production.

These are all high-end (and expensive) dedicated color grading systems that most don’t have access to. It could be argued that these systems take a lot more training and experience to master (though in the case of Resolve the software feature-set is the same).

But what all of these tools, both expensive and cheap, share is they rely on a basic understanding of both the art and science of color grading to use them effectively. A novice moving into color work for the first time will be well served to pick up some basic tips before jumping into the color correction waters. An expert working with battle-tested techniques might be happy to pick up a tip or two from a colleague. Both of those groups will probably benefit in some way or another from Color Correction Handbook: Professional Techniques for Video and Cinema

Let me qualify that above statement a bit further. The novice will find the book a treasure trove of information about both the art and science of color grading overall. A expert might pick up a few tips and tricks from another colorist’s point of view and get an idea of how color grading systems, other than their own, work. If you’re like me and consider yourself a step above the novice category but nowhere near an expert you’ll digest and devour the book pretty much cover to cover, learning stuff all along the way. 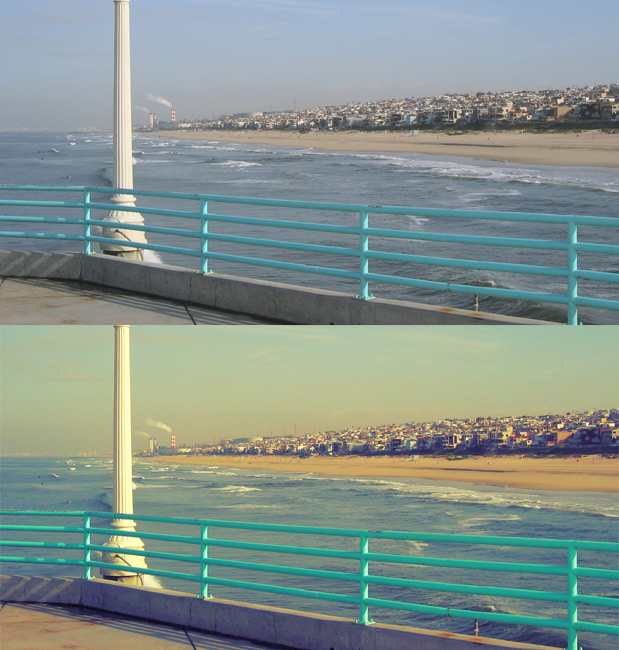 A talented colorist can really put an amazing finishing touch on a video project.

When I saw buzz around the internet that this book was coming I quickly added it to my book wish list. It was just before the release that Alexis offered to send over a review copy so I happily sent him my address. This was the physical, printed book and not a digital copy. It’s big, coming in at 533 pages and including a DVD full of around 4 gigs of media (mostly ProRes LT) to practice With. I’ve been reading two industry related books at the same time, Alexis’ dead-tree version in my hands and another unrelated book on the iPad. Since I stare at a glowing screen all day while editing I still enjoy kicking back with the paper version of a book more than a digital one. There is a Kindle version of this book too and it includes instructions on how to download the DVD content and the bonus articles.

It should be noted that this book isn’t a “classroom in a book” type of learning tool. There’s not really a lot of step by step as to what buttons you push to achieve a particular look or effect. That’s partly because Alexis has very rightly chosen not to focus on any one color grading system. Rather he makes it a point to touch on most all of them, be it by a screenshot, a quick how-to for a particular system or pointing out a unique quirk or function. But also because the book looks grading ideas and concepts overall more that specific how-tos. It’s not that kind of book.

The systems covered and screenshots displayed are from a who’s who of grading systems: DaVinci Resolve, Filmlight Baselight, Apple Color, Assimilate Scratch, Quantel Pablo, Iridas SpeedGrade and some Magic Bullet Colorista thrown in for good measure.

I think Alexis’ main point here is that the knobs you twist and curves you pull are actually somewhat irrelevant to the overall big picture of learning color grading. The theories and techniques that build the base of the art form don’t rely on a machine and software but rather the eyes, brain (and even the heart) of the colorist.

It’s a great approach as we often get too caught up in the technical discussion of our computers and our cameras that we forget forget about the big picture that is the art form itself. I’m guilty as charged as I often do exactly that when discussing editing.

One place where Alexis has rightly focused on the “tech” is in the discussion and use of video scopes that permeate throughout the book. The waveform, vectorscope and RGB parade are all a very important part of the colorist toolbox and their importance is emphasized throughout the book. Even if you’re a dedicated editor who does virtually no grading at all the ability to read a scope and recognize when footage isn’t “legal” is a skill worth having so you’ll know when something needs that extra attention.

Learning to read scopes is an important skill addressed in the book.

The book itself is broken down into 10 chapters. They range from setting up your environment, to discussion of different kinds of adjustments, to shapes and grades, to memory colors, shot matching, quality control and some creative techniques. There’s a wide range of topics discussed that are relevant to anyone doing color grading.

It starts basic with early discussions about primary color and contrast adjustments. Topics like luminance, contrast, chroma and color balance are all subjects that colorists have to know well and editors need to be familiar with and the pages devoted to explaining them are well written and easy to read. Most of all they’re informative.

A lot of the topics in the book are theory but the approach is to offer that theory to give a better understanding of many specific color grading topics. It’s not all theory as there’s good technical discussion too (including whole chapters) about secondary keys and qualifiers, shapes and animating grades. As I mentioned above there’s a lot of different software packages that are touched upon and their different user interfaces are also used as examples throughout the book. You can see a few of those images in this review. 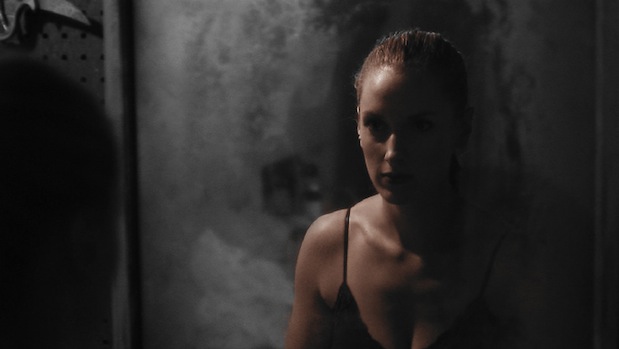 Achieving good skin tones is a topic that receives a lot of attention in the book.

One standout chapter is dedicated to “memory colors” and goes into great depth about skin tone. (Memory colors are defined in the book as “those colors that are recalled in association with familiar objects”) It may seem like an awful lot of space for a single part of the grading process but as viewers we connect and respond to the people we watch onscreen, especially their faces. This chapter really digs into the subject of skin tones in more detail than, I think, any discussion on the subject has before.

The inclusion of the DVD is a big plus for those coming to color grading for the first time. As an editor who has to (and wants to) do more and more grading as the years click by I always seem to have play footage at my disposal but if you’re new to the game that might not be the case. Those readers will find the footage particularly useful.

There really aren’t a lot of dedicated color grading / color correction books and resources out there. Sure there are tons of DVDs and tutorials on how to use Apple Color or the FCP 3-Way but platform independent resources that deal more with the overall art and not a specific platform are, so far, quite rare. If fact one of the only other printed resources of this type that I can think of is Steve Hullfish’s excellent The Art and Technique of Digital Color Correction

Steve’s is a great book to have on your bookshelf (and in your brain) as well and takes its own approach to learning the art. It includes a number side interviews with working colorists alongside the normal discussion of grading. IMHO those in the process of learning color grading would be well served to read both of these books. 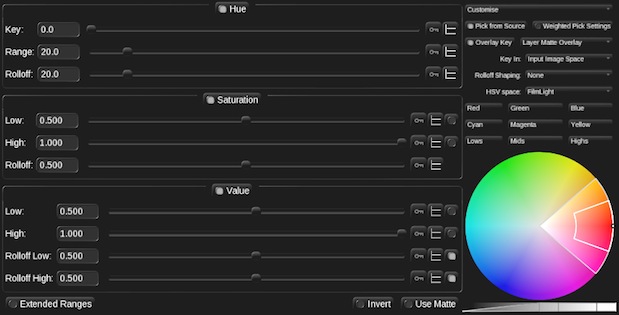 In summary, Alexis Van Hurkman’s Color Correction Handbook is a must read for the post-production professional. Even if you’re not (and never plan to be) a dedicated colorist you’re going to be faced with the situation where the footage you’re working with just doesn’t look right. Be it incorrect white balance or mismatched cameras, these little things will crop up and they will need to be corrected in order to properly finish a video project for a client.

But what may be a more important job than fixing the technical issues with your client’s footage, color grading can put an amazing finishing touch on a project. It can really make mediocre footage look more professional and it can make the good footage really pop and move to an entirely new level. Most importantly it will make that client very happy. Alexis’ book will help improve color correction skills for a great many of us and, in turn, help make those clients happy.

FTC Disclosure: Per the new FTC guidelines regarding bloggers and disclosure, Alexis sent me a tweet and asked if I would do a review of his book if he sent me a copy … which I was happy to do since I had placed the book on my wish list and was just waiting for it to be published. He also provided the images used in the post per my request since scanning them out of the book really didn’t look all that good and probably violated some law somewhere anyway. He offered me no cash, bribe or compensation for the review other than sending the book but I’d be happy to accept a beer from him if he wanted to buy me one at NAB! Any links to any book in this review are Amazon affiliate link so if you click on one and buy a book or two I might get a few cents or you can just click on this link: