How much can you clean up a noisy image

We've all been there… you're watching your rushes and everything you shot is underexposed.  Your heart sinks.  You tried for perfectly exposed pictures, but something happened.  Whatever the cause, this is one of those moments where poor exposure can make you second guess your chosen profession.  I have been an offender of every video mistake out there: under-exposed, over-exposed, blue video, and worst, really really orange video… the kind that is near impossible to fix.  I've done it all.

The question is how much can one fix their badly exposed footage?  How much noise will be introduced in the image because of the fix?  I wanted to do a test that pushes the limits of the Blackmagic Production Camera's 4K footage.  In step the lens cap noise test.  This is where you shoot all of a camera's ISO settings to see how much noise can be found in each ISO.  You may have heard about Shane Hurlbut sharing a similar test he conducted on Canon DSLRs.  This is a very similar test, but with another step of attempting to reduce the noise we've introduced. You can find Shane's test here: http://www.hurlbutvisuals.com/blog/2012/12/testing-your-cameras-emulsion/

No lens.  Just a cap and a camera.  All three ISOs for 7 seconds.  Then I brought the footage into DaVinci Resolve and brought the gamma up significantly so the noise became much easier to see.  I made sure to lift the gamma the same amount for each clip.  Now, the noise in 200 and 400 was not readily apparent in the raw clips.  In 800, it was there in the raw video.  Then I took that gamma lifted footage and tried to reduce the noise.  Here are my results:

First off, the noise reduction has to do a lot of heavy lifting to make an entire frame of black video look smooth.  There are portions of smoother black and there are portions where it kind of freaks out.  Remember, I have pushed this footage significantly, then I tried to clean it up.  It is not going to look perfect.  The broad take-away is there is an ability to push and clean to some extent.  I might have taken it a bit too far, but that is what tests are for… to find the breaking point.

200 ISO
With the Gamma brought way up… this setting is pretty solid.  200ISO has a nice tight noise that can be reduced with noise reduction   Honestly, I feel like I could push 200 ISO footage about half as much as I did in the test and come away with a clean image. 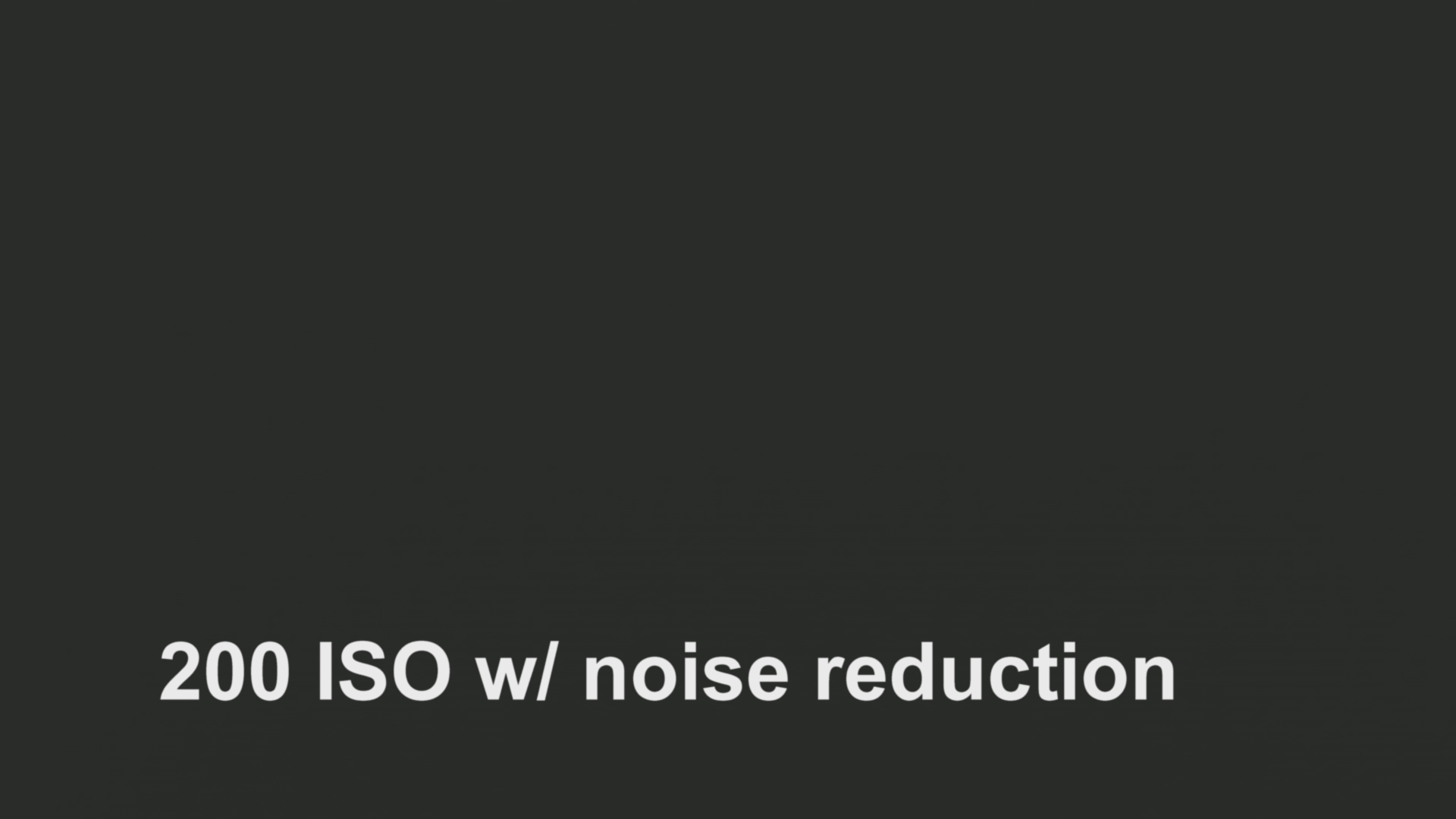 400 ISO
With the Gamma brought way up… this one is in the middle.  The noise is looser and larger with more dancing ants for sure, but it isn't a deal-breaker.  Remember, this is incase you're in salvage mode.  Otherwise, it has noise and it’s not necessarily pretty but it can respond well to noise reduction.  I'd say I could push the image about a 1/3 of what I did in the test and come away with decent footage. 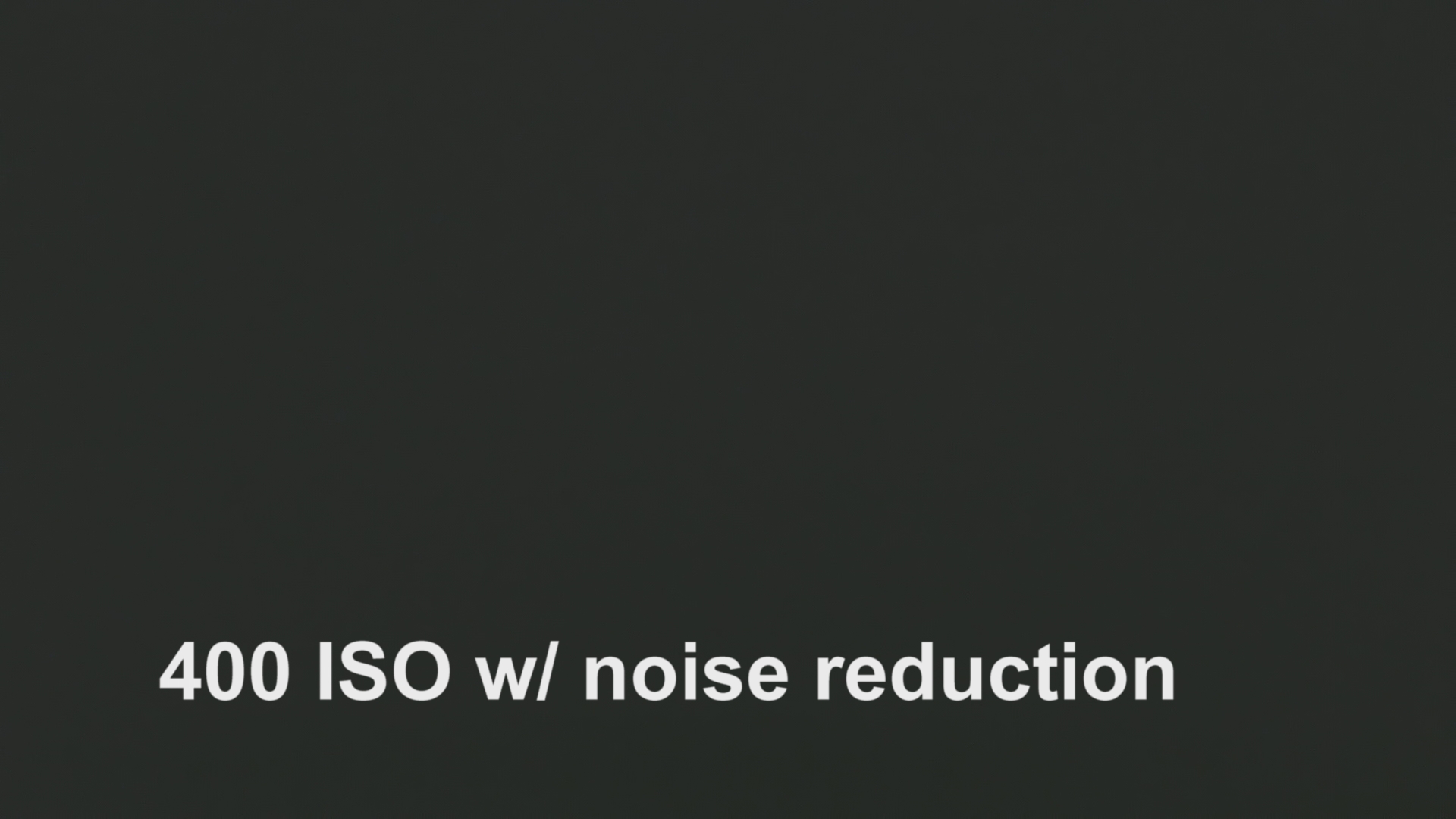 800 ISO
Even without the Gamma up this ISO is pretty noisy.  I think it may be best to avoid this ISO on the Production Camera.  The noise reduction just makes it worst.  Remember, noise was intentionally introduced, but the 800ISO had quite a bit of noise in the footage before I introduced more noise.  In other words, if you're going to shoot at 800 ISO, you had better nail that exposure, or avoid 800 ISO altogether. 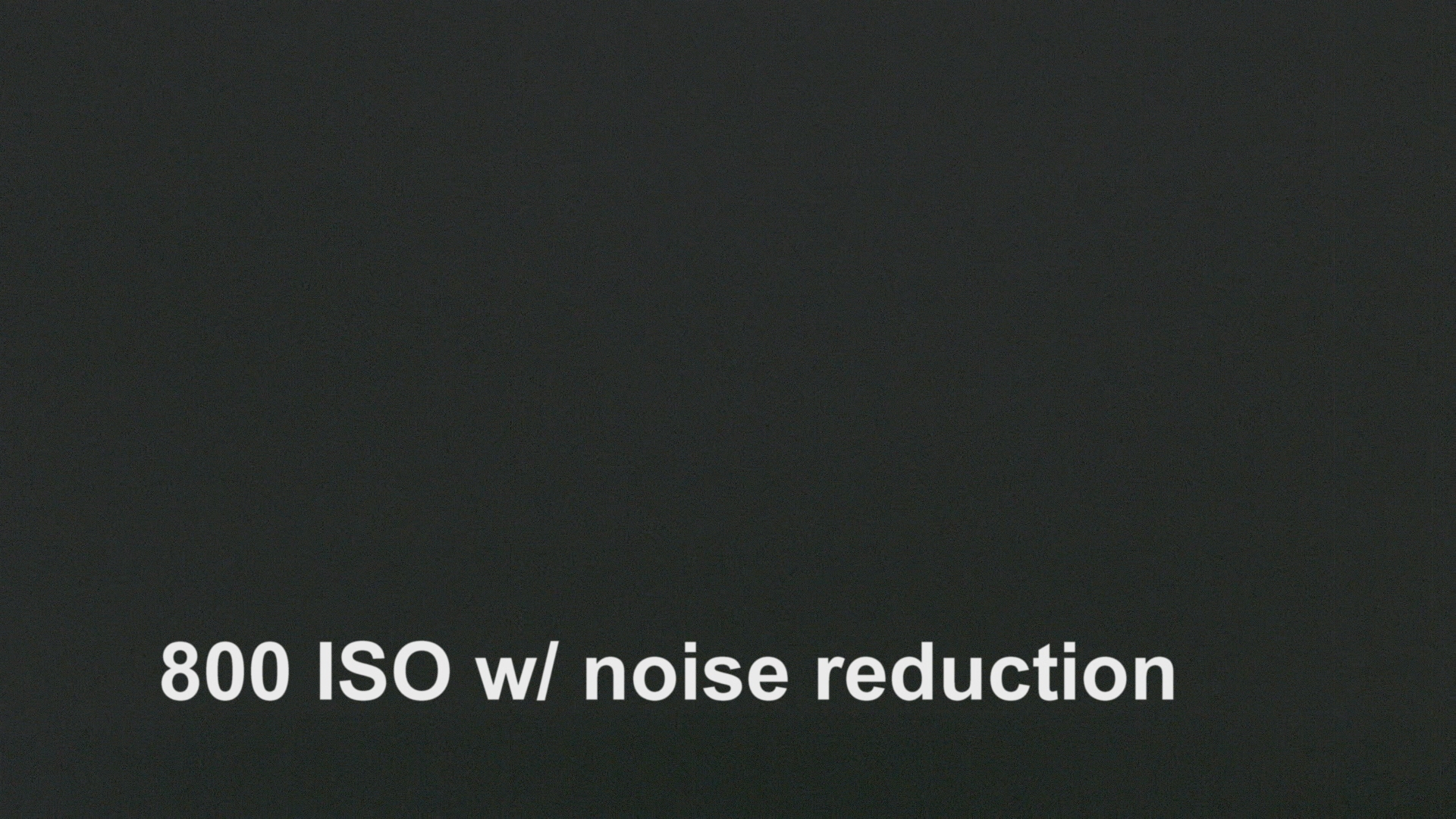 Know all the ins and outs of your camera.  It will make you a more confident shooter.  For me, this was one of the earliest tests I did when I got the Blackmagic Production Camera.  I wanted to know where the camera stood with ISOs.  Knowing meant I felt more comfortable when I shot in a less than ideal lighting.  For example, the video below was a Run & Gun surprise people kind of shoot so I had to make do with what I had.   I knew I had a little bit of leeway when I round-tripped through resolve.  In the end, I brought the mid-tones up and applied a small amount of noise reduction to help the footage look as good as it could.  I hope this all helps and helps you get the best out of your camera.