The Intensity Pro 4K is a new super fast PCIe card that allows you to capture and playback SD, HD and Ultra HD video on Windows, Mac and Linux PCI Express computers

Are you a gamer who wants to record high quality UHD video of their game as they’re playing it?  Or, are you someone who has archive footage on older analog formats? Or maybe you’re an editor who needs real time preview on a big screen TV.  Either way Blackmagic’s new new Intensity Pro 4K includes all the features of the Intensity Pro model it replaces and adds deep color support in HDMI, higher frame rate 1080 60p capture and playback and high resolution Ultra HD capture and playback up to 2160 30p via HDMI. 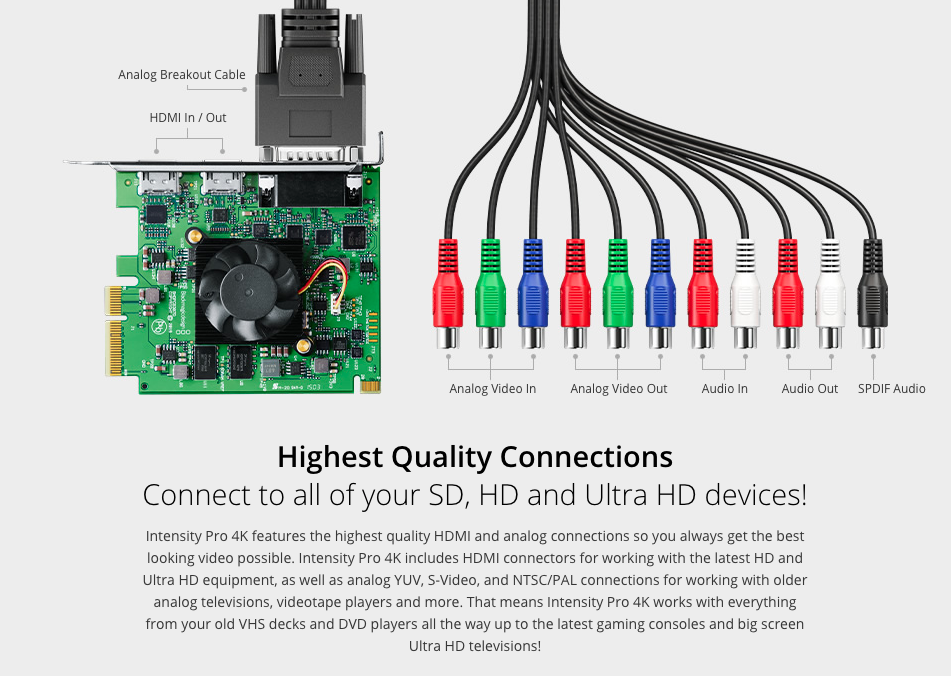 The new Intensity Pro 4K is the only consumer video capture and playback card that’s built using the same broadcast quality video components that professionals in the film and television industry use. Meaning customers will always get the highest quality video capture possible. It features both HDMI and analog YUV, composite and S-video connections so it is compatible with the latest Ultra HD televisions and game consoles, as well as older equipment like VHS decks and DVD players.

Customers can capture NTSC, PAL, 720HD, 1080HD and Ultra HD. Regular 1080HD can be captured at up to 60 frames per second. That means gamers can connect their consoles over HDMI and then capture every heart pounding moment of gameplay to create the most amazing, high frame rate walk through videos for posting online. 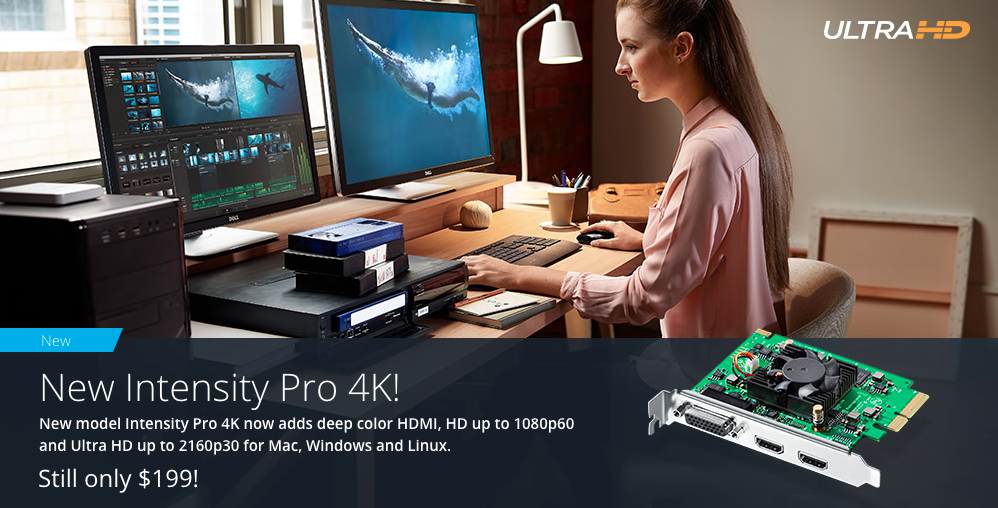 Video can be captured at full 10-bit quality and files can be saved in standard formats such as ProRes (Mac) and more, or as fully uncompressed video, the format used by professional television production studios. Files captured with Intensity Pro 4K can also be used with other popular Mac and Windows applications like Final Cut Pro X, Premiere Pro, Vegas Pro, Media Composer, Fusion, After Effects, Flash and many more. 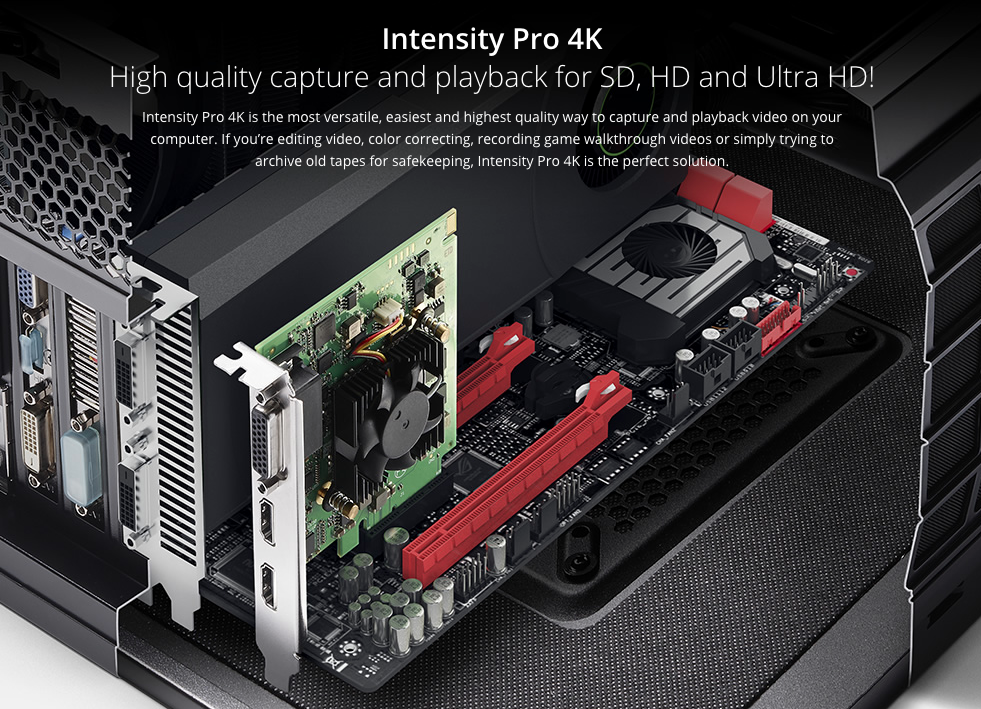