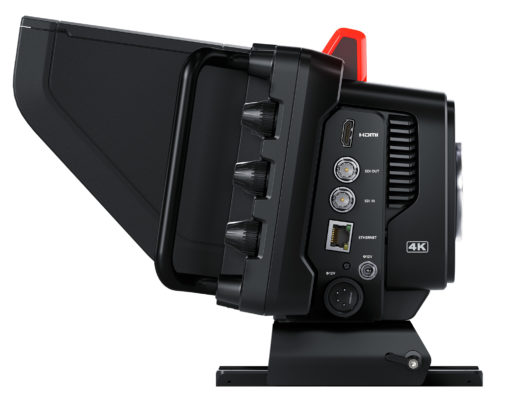 Blackmagic also shipped the very similar but less expensive Blackmagic Studio Camera 4K Plus ($1,295), which omits SDI and 10G Ethernet, aiming instead to be used with a product like Blackmagic’s ATEM Mini switcher. HDMI is the workhorse technology for this model, carrying video as well as camera control, tally and a remote-record trigger over a single-cable HDMI connection. 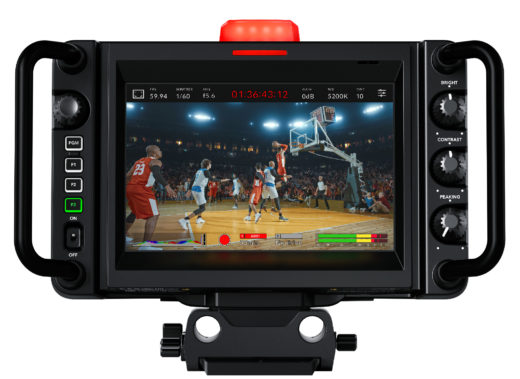 Blackmagic founder and CEO Grant Petty introduced the Studio Camera’s carbon-fiber reinforced polycarbonate redesign in his livestreamed announcement as “a radical change … but a bit familiar.” Fans of the original Studio Camera’s comparatively massive on-board monitors won’t be disappointed by the 4K Pro, which resembles nothing so much as a modular optical block bolted to the front of a seven-inch iPad. Happily, the integrated viewfinder is a touchscreen, meaning key camera settings can be managed with a few taps. 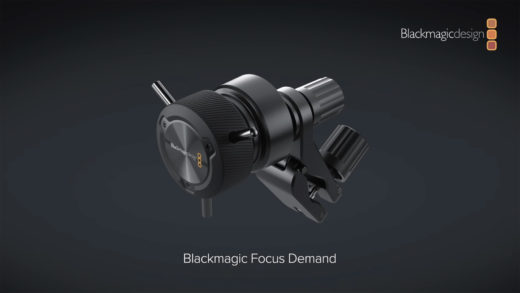 Both cameras feature dual USB-C ports, which have two main functions. First, you can plug in an external USB drive and record 12-bit Blackmagic RAW straight out of the camera. Second, you can use them to hook up Blackmagic’s brand-new focus and zoom demands, which are slated to ship “in a few months” for $245 each, according to Petty. The new demands support USB daisy-chaining, meaning you can run both from just one USB-C port for two-handed focus and zoom control. Along with the relatively compact and lightweight design, these lens control systems are a big part of Blackmagic’s pitch to convert broadcasters from B4 broadcast lenses to MFT glass: MFT lenses designed for still photography are generally good enough for video, Petty claims, asserting that better control of MFT lenses brings them close to broadcast lenses in both features and functionality. We’ll see what customers make of that argument.

It should be noted that Petty’s brief demo of the camera’s low-light capabilities, during which the demo room was lit only by three tiny candles, was impressive and suggested that sensitivity, which was widely cited as a shortcoming of the original Blackmagic Studio Cameras, will not be a problem with these models.

ARRI Debuts Hi-5 Wireless Camera and Lens Controller
ARRI announced the Hi-5, its fifth-generation handheld wireless camera and multi-axis lens controller with a high-contrast touchscreen display designed to be readable in bright sunlight and a GUI based on camera interfaces. Replacing the previous ARRI WCU-4 model, the Hi-5 is designed for use with three different swappable radio modules in the 900–2400 MHz range to help productions deal with territorial frequency restrictions and other changing shooting conditions. (ARRI suggested more modules may be added in the future to help shooters deal with emerging standards.) A series of 10 pre-marked Smart Focus Rings are available with both imperial and metric measurements; the “smart” part means they each carry an EPROM chip for automatic recognition by the Hi-5. The focus rings can be mapped to any given lens using ARRI’s Lens Data Archive system, and that data can be saved internally, externally to a USB-C flash drive, or via the new ECS Sync App running on iOS for later use. The Hi-5 controls ARRI cameras out of the box; control of Panavision, RED, and Sony Venice cameras can be added with the purchase of additional licenses.

Sony’s New 4K ZV-E10 Is a Smaller, Lighter a6100 for Vloggers
Sony launched the ZV-E10, a lightweight 4K UHD mirrorless camera that uses the same 24-megapixel APS-C Exmor CMOS sensor and E-mount as the company’s a6100, but emphasizes video and is aimed directly at vloggers. The main thing the rest of us will notice about this camera is that it’s tiny — it weighs just 12.1 ounces (343 grams) with the battery and memory card on board, making it easy for on-the-go influencers to tote around. It also lacks a viewfinder, though it does have the usual flip-out touchscreen LCD and a directional three-capsule microphone on board as well as mic and headphone jacks for external gear. The ZV-E10 is limited to 30fps in UHD mode but can capture up to 1080p120 in “full HD” mode. It’s hardly a breakthrough for pro shooters. But if you yearn for an ultralight 4K camera with solid autofocus (this one has Sony’s Fast Hybrid AF, Real Time Eye-AF and Real-time AF tracking) that can draw on Sony’s growing line-up of E-mount APS-C lenses, well, for $700 (body only) or $800 with a 16–50mm kit zoom, you could do a lot worse.

Nikon’s Forthcoming Z9 Spotted in the Field
Spanish-language website Photolari has spotted what seems to be a prototype of Nikon’s Z9 mirrorless camera in use at the Olympics. Canon has made no secret of the fact that its forthcoming EOS R3 mirrorless camera is being tested at the Olympic Games, but Nikon has been cagier about the status of the Z9. The presence of a functioning prototype in Tokyo suggests the Z9 may arrive sooner, rather than later. 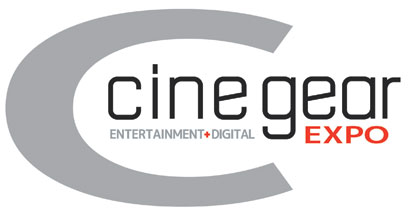 Director Neill Blomkamp (District 9, Elysium) kept himself busy during the pandemic last summer by shooting a new horror movie, Demonic, with DP Byron Kopman in British Columbia. The film has an unusual visual component: it includes between 15 and 20 minutes of volumetric video captured with a 260-camera array using the Unity game engine. Distributor IFC Films claims that’s the most volumetric footage ever used in a feature film. (Blomkamp has been wokring with Unity since at least 2017, when his Oats Studios started collaborating with the company on short film projects. ) You can get a glimpse of the weird-looking volumetric renders, which appear during a dream sequence, in the film’s trailer, above.

Cinematographer Autumn Durald Arkapaw shot Marvel’s Disney+ series Loki with the Sony Venice (at 2500 ISO) and modified Panavision T Series lenses. How were they modified? Arkapaw tells Filmmaker magazine that Panavision’s Dan Sasaki “infused some of the personality of the C Series into them” so that she could shoot wide open without worrying about certain softness or optical inconsistencies in the more idiosyncratic C Series lenses. The whole interview is well worth reading—she talks production design, lighting, virtual production, and how David Fincher’s Mindhunter influenced the show—but maybe only after you’ve finished the first season of the series, if you’re spoiler-averse. 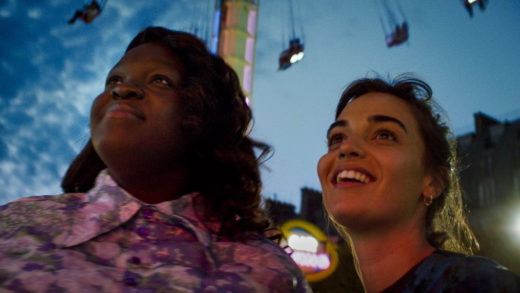 Here’s one more from Cannes: The Braves, a drama about the friendship between two female actors directed by Anaïs Volpé, was shot by DP Sean Price Williams (Good Time, Tesla) with none other than the Digital Bolex D16 with Elite Super 16 lenses. It’s actually the second feature shot with the Digital Bolex to premiere at Cannes, according to Elle Schneider, who helped design the camera. Long live the Bolex!

Congrats to director Anais Volpé and DP Sean Price Williams on their #Cannes2021 Directors’ Fortnight selection THE BRAVES, the second feature shot on #DigitalBolex to premiere at the festival. I’m so grateful that our camera, at 7.5 years old, is still so popular with artists.🖤 pic.twitter.com/VqXE6jn4Jt