At IBC Blackmagic announced a ton of news ranging from buying Eyeon Software to adding PL mounts to two of their cameras.  After a summer of constant firmware updates Blackmagic continues to improve and upgrade the 4K & 2.5K Cameras to make these cameras as useful as possible.

Blackmagic Design is making sure they continue their dynamic grow.  Eyeon software, PL mounts on the 4K and 2.5K cameras and a load of other updates and upgrades… to say Blackmagic has a bit of hustle is an understatement.  With the new PL lens mount options, Blackmagic cameras now come in three different lens mount options: Canon EF, MFT, and PL.  The cost of the PL Cinema Camera is $2295 and the PL 4K Production Camera is $2995. These cameras are available now.  This update to the mount makes these cameras more cinema friendly. I can see the PL option elevating these cameras to a widely used “B” camera for television and film.  In the video below Grant Petty showcases all of Blackmagic's new products and upgrades.

PL Mount combined with a strong aluminum frame and the 2.5K Cinema Camera and 4K Production Camera could be a very solid foundation for difficult shooting. To me the addition of PL opens the doors to using vintage class. The flares, the chromatic aberrations, and any other imperfections can help take the edge off the sharpness found in both cameras. 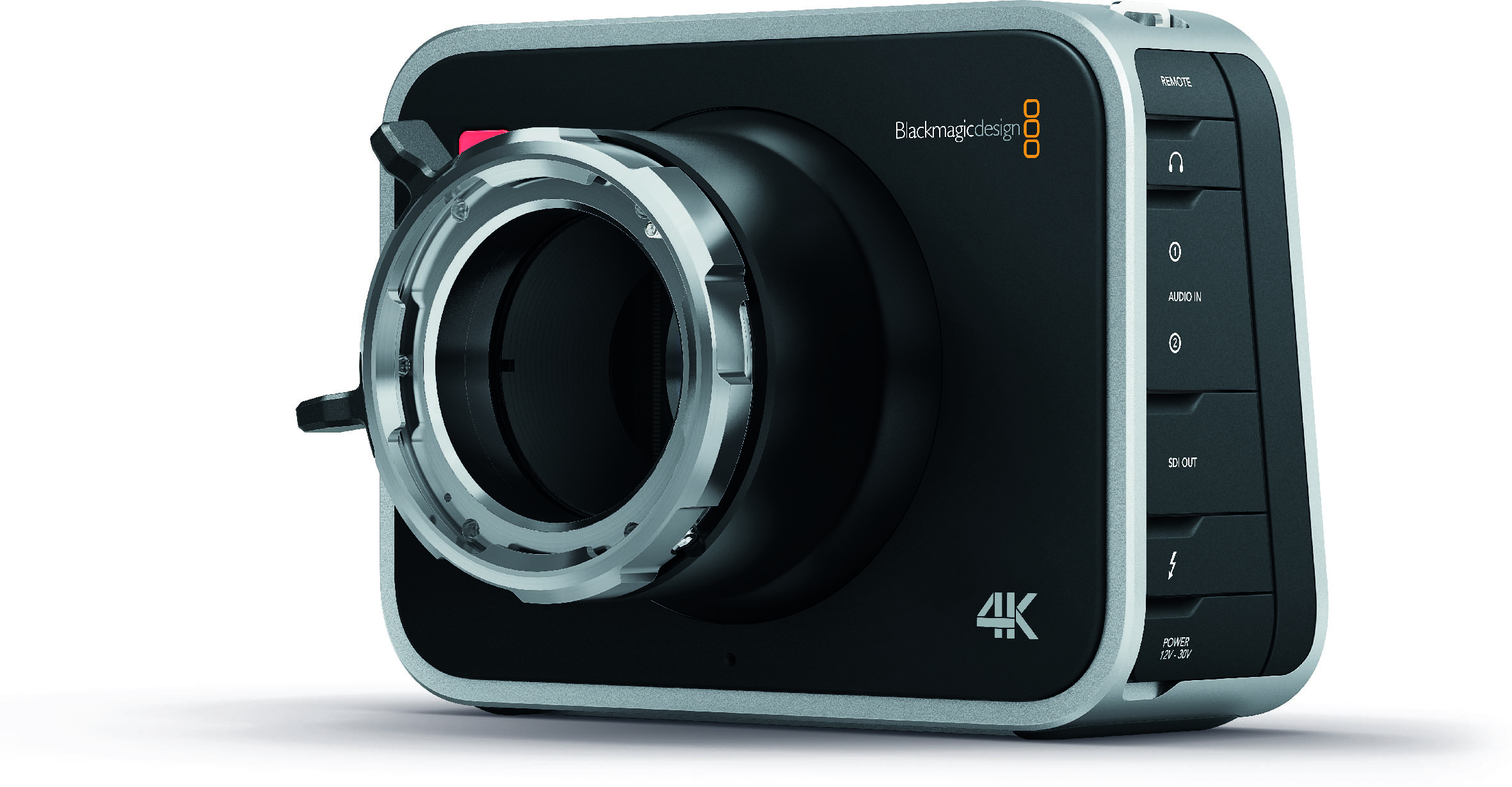 I can't wait to see what we get from Blackmagic at NAB 2015.  NAB has been the location of all their brand new camera announcements.  Unfortunately we can only speculate.  HFR? HDR? 5K?  3200ISO?  16mm Doc Camera?  To be honest, I think only the camera engineers and Grant Petty know exactly what they have up their sleeve.  Below you can find their original press release.

The new PL lens mount options for the classic Blackmagic Cinema Camera design now provides customers with an extremely small and extremely strong design. The strength comes from the chassis which is machined out of a solid block of aluminum. With the combination of the PL lens mount, the whole camera design has enough strength to hold an extremely heavy PL mount lens. This means cinematographers now have a professional PL mount digital film camera that’s so small, the camera body is only a little larger than the lens mount itself. Customers then get a design that can fit into the tightest locations while still allowing decades of classic professional film lenses to be used.

With these 2 new PL mount models, Blackmagic Design customers can now choose from 5 separate variations of this small, tough design. With a combination of 2 different sensor types as well as 3 different lens mounts, customers can now simply select the features they need based on the work they do.

The Blackmagic Production Camera 4K PL gives you a high resolution Super 35mm size sensor with global shutter and a more creative depth of field. Customers get incredible Ultra HD images with 12 stops of dynamic range and a large sensor with minimal crop factor so they can capture amazing wide angle, feature film quality shots. When working in HD, customers can use the high resolution images to reframe and zoom into shots without any quality loss.

The Blackmagic Cinema Camera PL has a 2.5K sensor with a super wide 13 stops of dynamic range that delivers truly cinematic quality images. Both cameras have dramatically wider dynamic range than traditional video cameras that preserves more detail in the blacks and whites of an image. For example, customers can shoot indoors with the correct exposure and still get full detail through windows outside. Every detail captured by the cameras’ sensors is preserved in the RAW files and can be edited and grade natively using the included DaVinci Resolve software for the highest possible quality output!

Both cameras capture CinemaDNG RAW and ProRes files using the built in high speed SSD recorder. Once the shot has wrapped, the disk can be connected to a computer for editing or color correcting straight from the disk using DaVinci Resolve, Final Cut Pro X, Media Composer, or Premiere Pro CC. Working with CinemaDNG RAW preserves the wide dynamic range of the files, allowing customers to open them directly in DaVinci Resolve 11 for editing and grading at the highest quality. That means the final output from DaVinci Resolve is literally a first generation render from the camera original RAW files!

The Blackmagic Production Camera 4K PL and Cinema Camera PL have been designed with portability and durability in mind. They include standard connections so customers do not need to hunt for custom cables, an internal battery, a high resolution 5” LCD touchscreen viewfinder that can be used for entering metadata and that shows settings such as shutter speed, color temperature, timecode and more. Both cameras feature professional SDI connections, built-in Thunderbolt, 1/4” audio jacks for mic/line inputs, 12V to 30V DC input, a 3.5mm headphone socket and LANC for remote control. Blackmagic Cinema Cameras are true digital film cameras that you can hold in your hand, but with the strength to be rigged on cranes, used on Steadycams, in crash cars and more.

“Since the launch of the first Blackmagic Cinema Camera, customers have been asking us for a solution that works with PL cinema lenses. What people don’t know is that when we were originally designing the Cinema Camera, we were designing it as PL mount. But we quickly realized that allowing it to work with photographic lenses was important, so we changed to the EF lens mount for Canon lens compatibility. But you can see from the design of the solid metal chassis, that the camera was way over engineered for the EF lens mount. Now the PL lens mount is completed it’s easy to see what a great combination this strong chassis and the PL mount are. It’s the perfect balance and it’s so strong!” said Grant Petty, CEO, Blackmagic Design. “What’s also exciting, is the PL mount lets cinematographers add classic PL mount lenses. That means if you want to shoot something from the 1980s, then you can just choose the lens they used in the 1980’s and shoot with it. There are so many different kinds of classic cinema lenses out there with all types of glass, materials and coatings that the looks are endless. All those can now be used on these new cameras!”