The Blackmagic Cinema Camera, Pocket Camera, and 4K Production have three new ProRes options (ProRes 422, ProRes 422 LT, and ProRes 422 Proxy) in the newly released Camera Firmware 1.8.2.  The update is available immediately and free of charge to camera owners/operators and can be found on the Blackmagic Design website. For a shortcut you can go to their site here: http://www.blackmagicdesign.com/support/family/professional-cameras 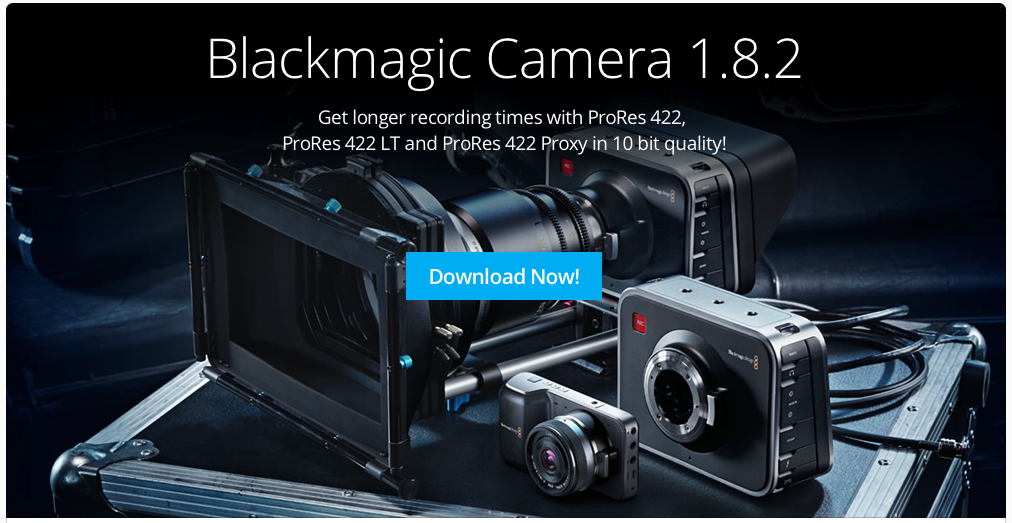 As a Cinema Camera shooter the addition of ProRes 422, ProRes 422 LT, and ProRes 422 Proxy is nice news to me. I like the options but I do not necessarily need the option. My drives already hold a tremendous amount of 1080 ProRes footage because I bought drives fit to record Cinema DNG. Where I think these three new ProRes options will be very welcome is in the Blackmagic Pocket Cinema Camera and the 4K Production Camera. Both these cameras suffer from file size/drive space ratios that necessitate the need to keep SSDs or SD Cards nearby. Since this update reduces the data rate, shooters can also use lower speed SSD or SD cards while still recording a full 10 bit 4:2:2 file. Nice news to those who just bought their $495 priced Pocket Camera, and definitely makes it easier to find SSDs fast enough to use in these cameras. The 4K Production Camera will be the camera where this new camera firmware update might have the biggest impact. 4K ProRes is a hungry beast and a lower data rate ProRes LT, or Proxy, is definitely one way to extend record times without sacrificing image quality.

For those who fly their Production Camera or Pocket Cinema Camera on an Octocopter this is a much needed update. Card space is the absolute last thing a pilot and operator should have to worry about when flying. Now they can focus on getting the shot, repeating the move until it's perfect, and being safe. In my experience, the less worries you have flying or operating a camera on a drone the more one can focus on what they should be paying attention to in the first place. 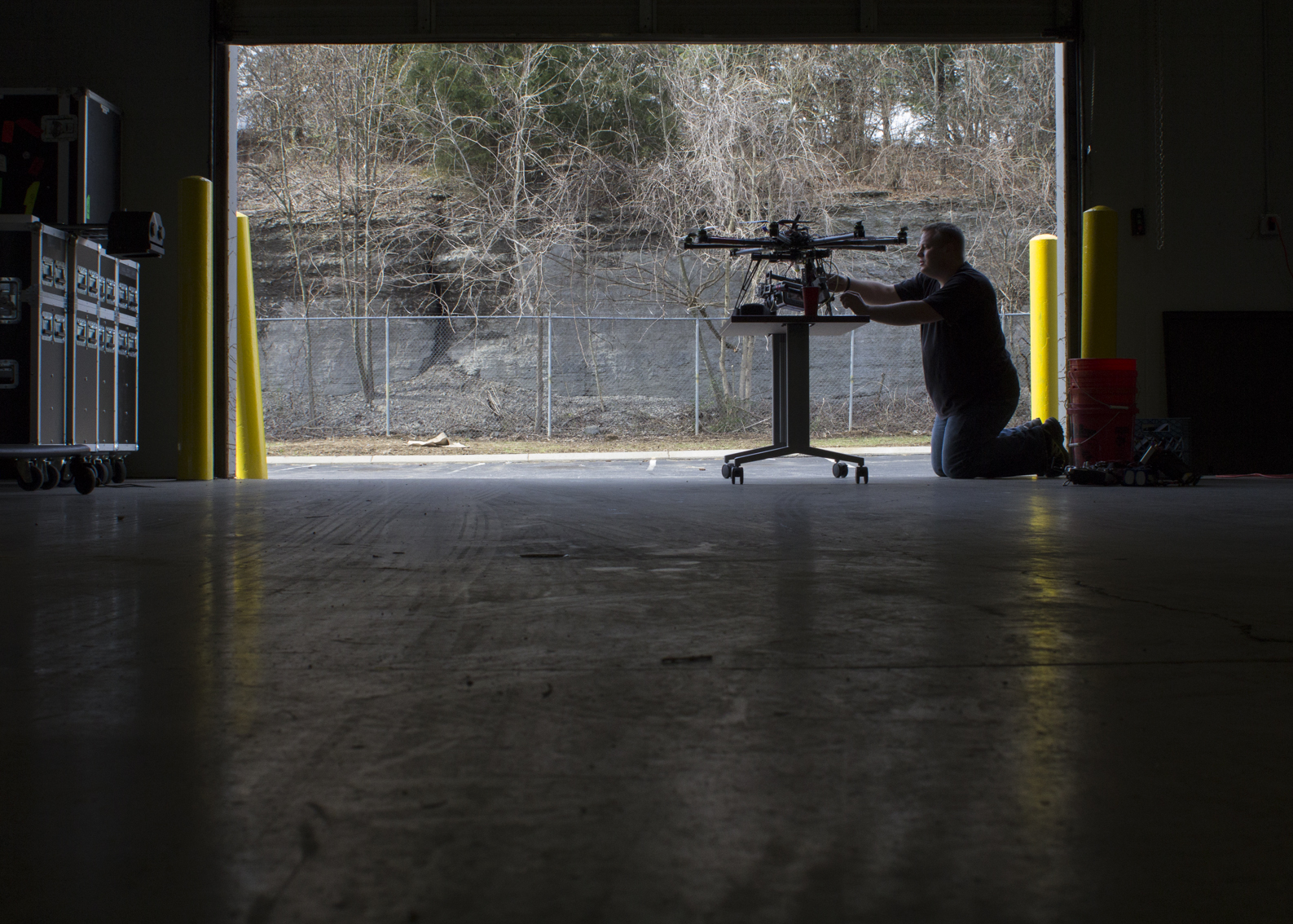 At NAB 2014, owners of Blackmagic Design cameras felt a bit left out from the company's innovation. They were thinking they and their cameras might be stuck in their then current firmware, while the company continued to release new cameras with new features… features that had been left out of the older cameras. With this being the second announcement from Blackmagic Design in as many days it seems BMD has a clear path to update older cameras and keep those who bought into their cameras and mission happy. Grant Petty, CEO of Blackmagic Design,”Because our cameras feature a software centric design, we are very excited to be able to update our cameras with more and more features over time and make the cameras better and better! And there is more to come!” 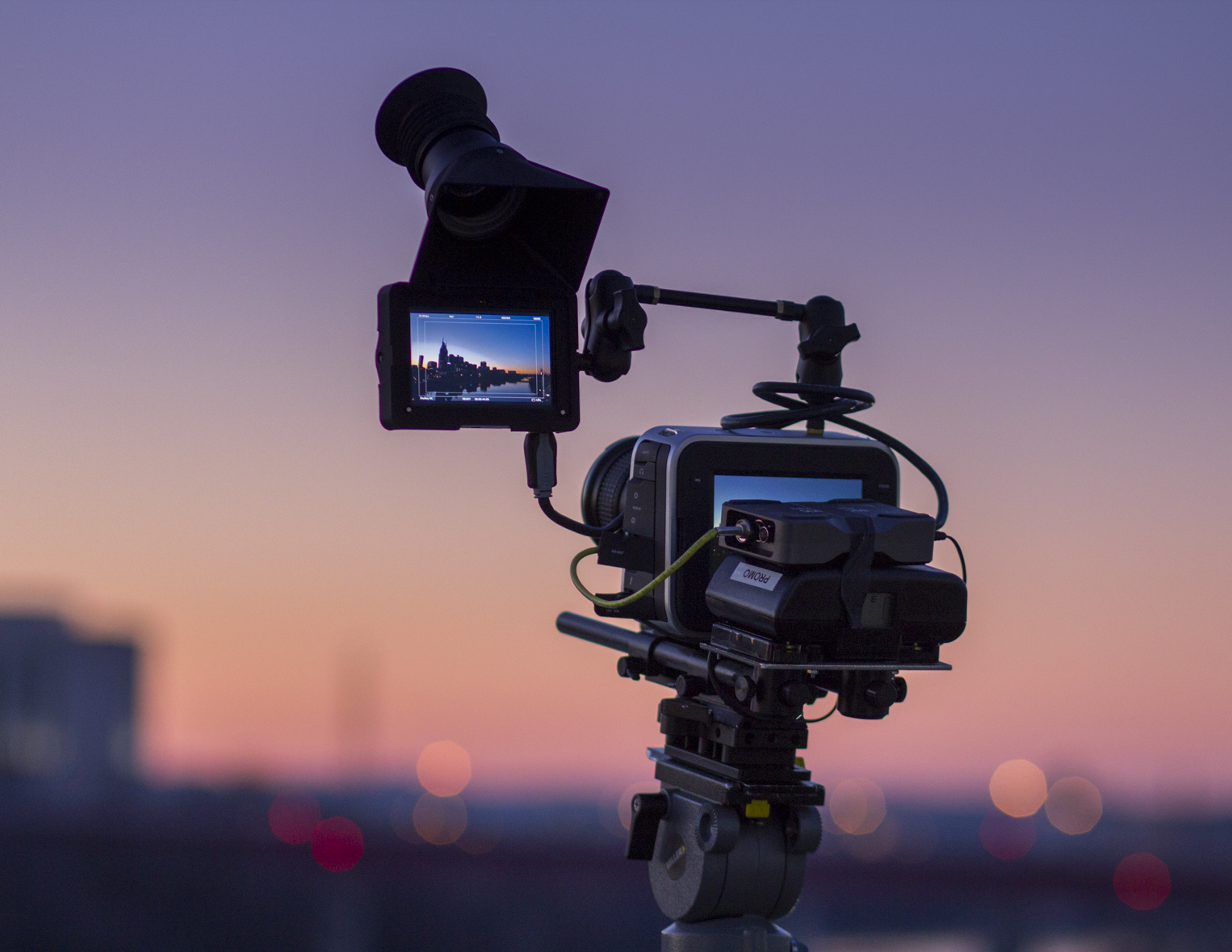 Because this update is available to our camera customers free of charge, they simply need to download it, and install the update from their Mac or Windows machine using a simple USB cable connection to the camera. Once the update is complete, customers will see these new formats available in the camera menus.

Because this update reduces the data rate of recording, it means customers can now choose lower cost SSD or SD cards while still recording high quality video in SD, HD and Ultra HD resolutions. Using ProRes 422 Proxy it is possible to record 230 minutes of 1080HD video on a single 64GB SD drive. Selecting the type of ProRes format for recording can be set via the on screen menus and all ProRes types can be played back instantly.

“We are extremely excited to release this next update for our camera customers ,” said Grant Petty, CEO of Blackmagic Design. “With the addition of the 3 new ProRes formats, cinematographers can now record for longer on low cost SSD’s and SD cards without sacrificing image quality, as they are still recording in full 10 bit 4:2:2 quality. Because our cameras feature a software centric design, we are very excited to be able to update our cameras with more and more features over time and make the cameras better and better! And there is more to come!”