Walter Biscardi Jr. has worked with nearly every NLE during his long and successful career. He started editing in 1990 at CNN and was one of the network’s first Avid editors. In 1995, he moved to Foxwoods Resort Casino, designed a new production facility around Media 100, and then started his first company back in Atlanta, Georgia in 1998. After working with Final Cut Pro for 11 years, he found his way to Adobe Premiere Pro, an integrated solution that could speed his workflow and evolve with his needs. At Biscardi Creative Media, he now actively works with Adobe Creative Cloud, cutting a new series and planning to launch his own television network with his faithful companion, Molly the Wonder Dog, by his side. 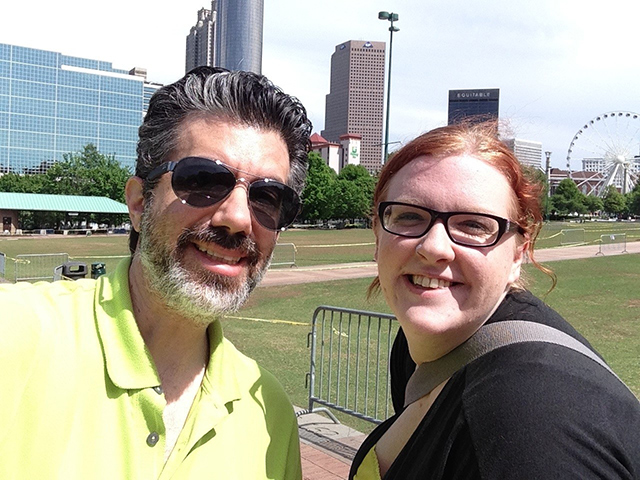 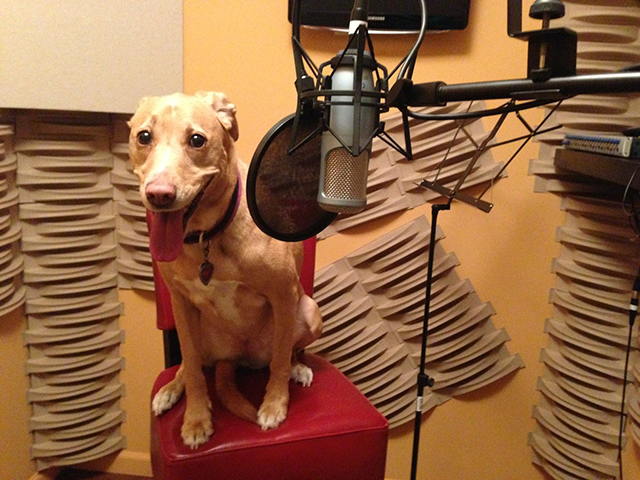 Adobe: Tell us about some of your best known projects.
Biscardi: I worked on four seasons of Good Eats with Alton Brown doing post-production, editing, animation, and color grading. I’ve also done some long form documentary work. I was co-producer and editor on Foul Water Fiery Serpent, a documentary that aired on PBS about President Carter’s 25-year fight to eradicate guinea worm. Next, I worked on another documentary, Dark Forest Black Fly, which also aired on PBS. Both took four years to cut. Most recently our company has completed four seasons of This American Land, a PBS series about preserving America’s wildlife, waters, and landscape.

Adobe: How has your business evolved?
Biscardi: I’ve gone from working in the bedroom of my house to building a brand new, 6,000 square foot production facility with five edit suites, a 5.1 surround sound mixing theater, a color grading suite, production offices, and 1,400 square feet of studio space. For years we did all post-production work, primarily broadcast episodics, documentaries, and corporate projects. Two or three years ago we started getting serious about full-service, turnkey productions. 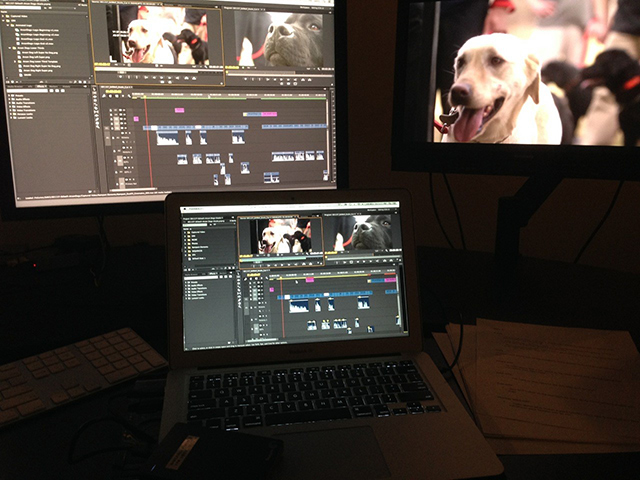 Adobe: What led you to switch to Adobe Premiere Pro?
Biscardi: The launch of Final Cut X drove me back to Avid 6, which I used when I started work on the second season of This American Land. I had never touched Premiere Pro and honestly didn’t think it was useful in a professional workflow. But working with Avid on This American Land was a fiasco and by the third episode into the edit we switched to Premiere Pro and haven’t looked back. Three of the four seasons have been edited with Premiere Pro.

Adobe: What do you think of Adobe Creative Cloud and the integrated video workflow?
Biscardi: There’s nothing on the market that works as cohesively as Adobe Creative Cloud. I also love the subscription concept of Creative Cloud and how Adobe continuously rolls out new features. I’ve used After Effects since it was CoSA. All of the animation for Good Eats was done with After Effects and Photoshop. Three of the animations were well over 2,000 layers; it was so much fun doing those. The integrated video workflow between Premiere Pro and After Effects can’t be beat.

Adobe: Are there features in Premiere Pro that are particularly useful in your work?
Biscardi: The software just works. When you transition from one piece of software to another it isn’t going to work the same. You have to adapt your workflow to the tool. Nothing is perfect, but Premiere Pro is as close to perfect as I’ve seen out there right now. This American Land can have 10 camera formats in the same episode, on the same timeline, and it doesn’t choke, it just plays. It’s great to not have to think about cameras, formats, frame rates, or frame size. We haven’t come across anything we’ve thrown on timeline it can handle.

The multi-cam integration with audio is also simple; as long as you have a good audio reference it’s unbelievable how easy auto sync by waveform works. The pancake timeline, where all raw elements are in the timelines above the master timeline, is easy to use and I recently discovered the new marker window with the marker notes and that is now a big part of our workflow. I love making those types of discoveries. 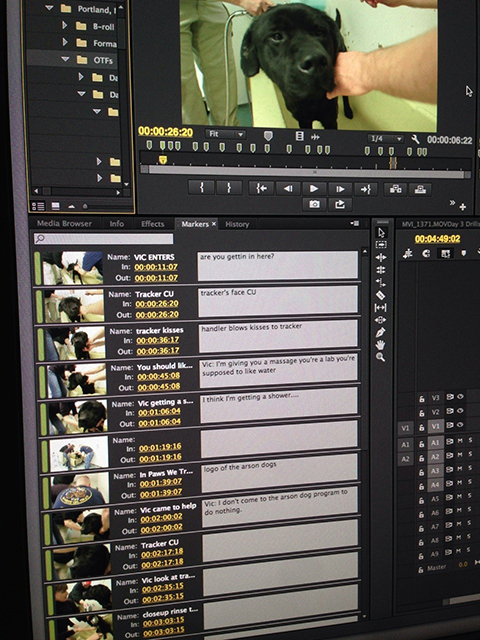 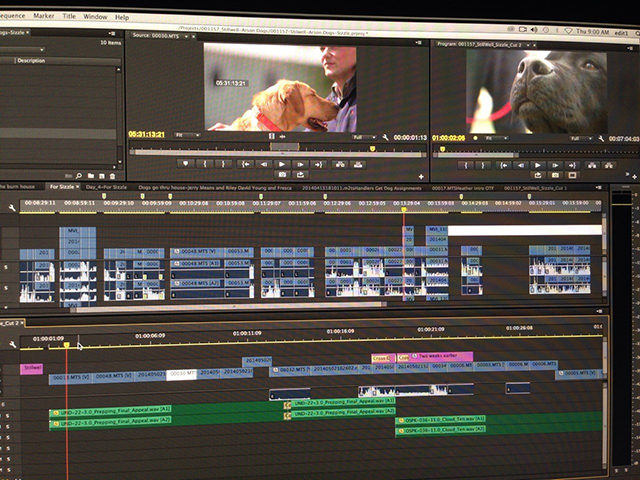 Adobe: How has working with Adobe Creative Cloud helped your business?
Biscardi: We’ve cut 300 to 400 projects on Premiere Pro in the past few years and it’s a rock solid tool. We were 12 days behind on This American Land when we switched from Avid to Premiere Pro and we not only caught up but we got ahead. When we cut the first season on Final Cut Pro 7 we had to convert all camera formats to Pro Res and it took 1.2 – 2TB to archive the episodes.

It took three or four episodes cutting in Premiere Pro to trust that it would cut native. We switched to an all native workflow and reduced the backup to 350GB to 500GB, which saved us money on the archive. We were also able to cut the same amount of material in 50% of the time because there was no waiting to transcode. Foul Water Fiery Serpent was all shot on Panasonic P2 and we had 250 hours of footage that we converted to Pro Res before editing, which took a couple of weeks. In Premiere Pro we would have been able to start editing on day one.

Adobe: How did you get started working on Arson Dogs?
Biscardi: Arson Dogs is a new web series for world-renowned dog trainer Victoria Stilwell and her Positively website. The series follows Victoria to southern Maine, where State Farm’s Arson Dog Training Program is conducted to train handlers and working dogs together to sniff out accelerants like gasoline and propane at potential arson sites. 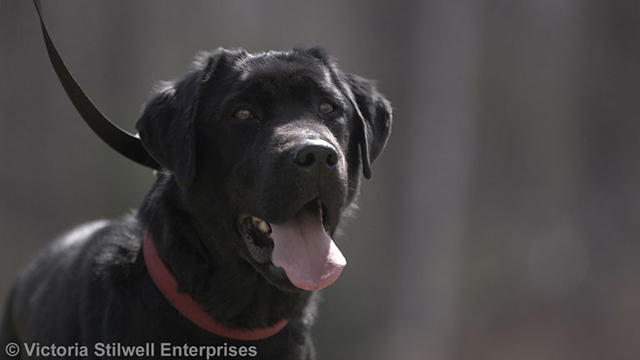 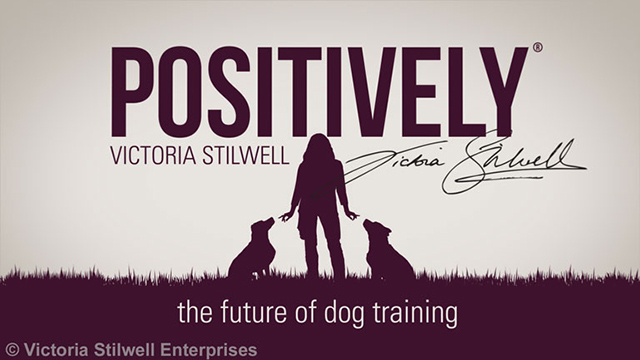 Victoria and her crew spent five days at the school documenting many hours of raw material on up to five different cameras. We then taught her team how to organize and log the project in Premiere Pro, so when we opened it up it was in bins with notes and we could just get started editing. Our first task was to create a three minute sizzle reel from 3,500 clips in just one week. Without Premiere Pro and the Small Tree Shared Storage, which let us all work with the same media simultaneously, it wouldn’t have happened. I worked collaboratively with our editors R. John Becker and Kylee Wall to meet the deadline.

Since then, we’ve been working on editing the first 8 episodes, and anticipate there will be 6 to 10 more. Kylee has a one sentence overview of each 5- to 10-minute episode and she cuts based on that description. We’re known as storytellers, and Adobe gets all of the technology out of the way so we can just tell a story. The best part is being able to work on the project with my own Molly the Wonder Dog in the edit suite with the team.

Adobe: What’s next for you?
Biscardi: We’re currently seeking investment to launch a new 4k UHD Contemporary Living Network, which will include multiple channels and an all Adobe workflow. We’re looking at producing at least 20 original series in the first season alone, all on lifestyle topics such as food, travel, entertaining, pets, home and garden, and more. It will be our own network, with direct digital delivery.

We recently took delivery of our first Blackmagic 4K Production Camera and Teranex Express. We’ll be shooting the first four episodes of Ice Cream Nation and two episodes of Fork U in 4K UHD using that and the Panasonic GH4 cameras for Contemporary Living Network. Fork U features Simon Majumdar from Food Network’s Cutthroat Kitchen as one of our hosts.

Adobe: Are there any new Adobe Premiere Pro features that you’re looking forward to incorporating into your workflow?
Biscardi: The new Consolidate and Transcode feature in Premiere Pro CC will come into play very heavily as we launch Contemporary Living Network. It will enable us to create archive versions of the master cut of each and every episode in a single format. That will help us easily re-open the project at a later date to make changes to graphics, re-export into a different format, or whatever else the situation warrants without the need to reopen all of the original media.

We’ll certainly keep all the original native media for future re-use, but having the finished episode in a single format is something we’ve been waiting for. It will come into play across the board at Biscardi Creative Media. So thankful to the Adobe team for getting that feature in there!