No balloon drops, no crowds cheering, virtual speeches that had to be written differently, the 2020 Democratic National Convention was different, virtual, a Zoom convention, some said. 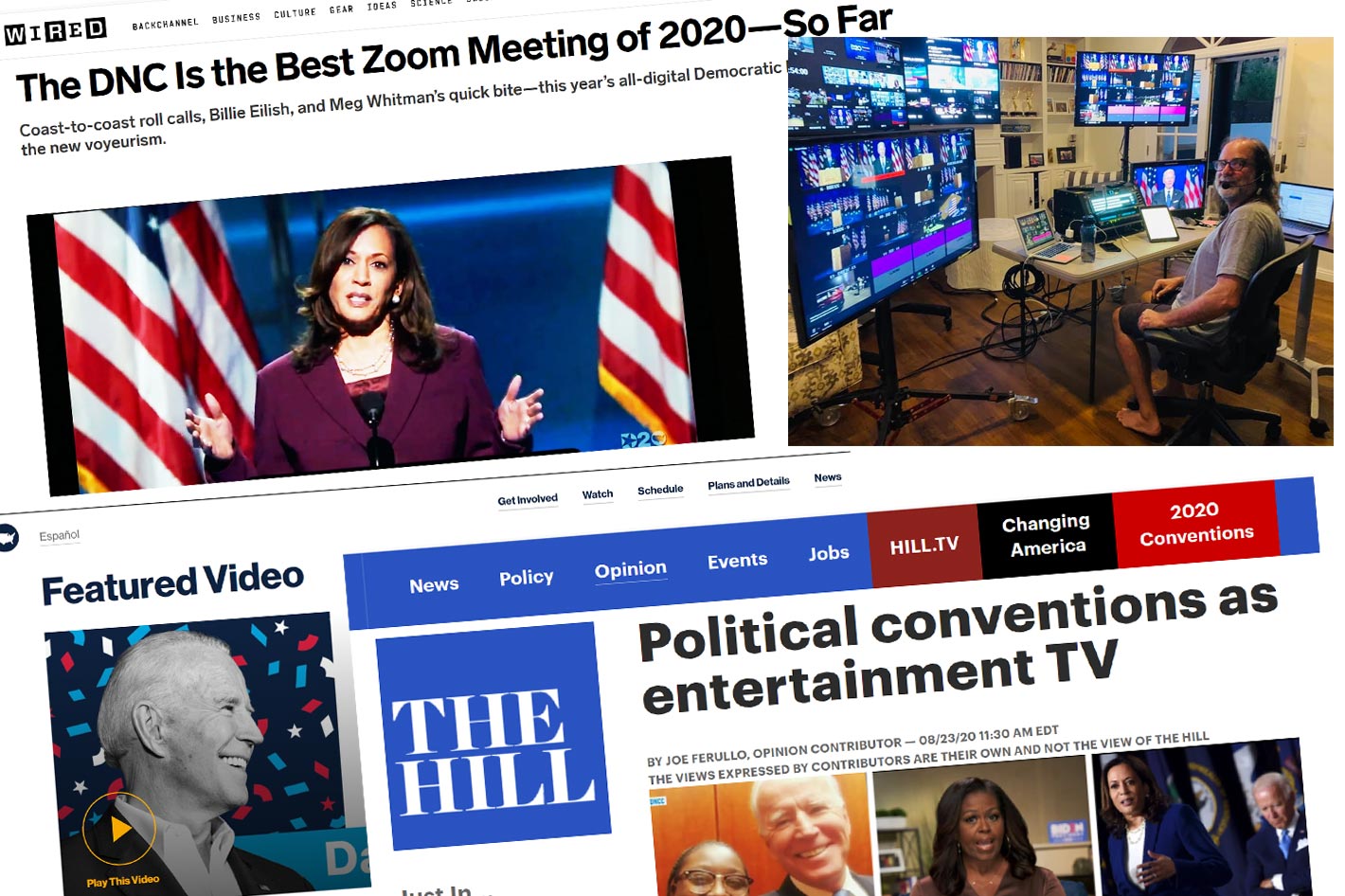 The 2020 Democratic National Convention sailed into uncharted territory, as the first experience of a virtual convention, which was a ground breaking, historic event, paving the way for others.

The 2020 Democratic National Convention was a ground-breaking, historic event, technologically speaking. Never, before, a convention – or any other political event, for the matter – was held – mostly – online.  As the Wired noted, “the DNC Is the Best Zoom Meeting of 2020—So Far”.  To make it happen, the organizers of the Democratic National Convention (DNC) picked LTN Global, the industry leader in transformative media technology and video transport network solutions, as the official interactive production partner.

LTN’s solutions were used to combine audience participant feeds into a dynamic live video experience. The virtual event enabled participants to unite at one of the most critical times in American history, as the Democratic National Convention saw Democratic Party delegates formally nominate Joe Biden and Kamala Harris as candidates for the 2020 United States presidential election.

LTN’s Live Video Cloud (LVC) enabled a multitude of live streams to be taken from participants across the country before being distributed onto large onstage LED screens and into on-air production for channels including social media. LVC is a high-capacity media-control console from LTN Command. It is one of the core technologies the DNC used to make the 2020 Convention diverse, dynamic and engaging. 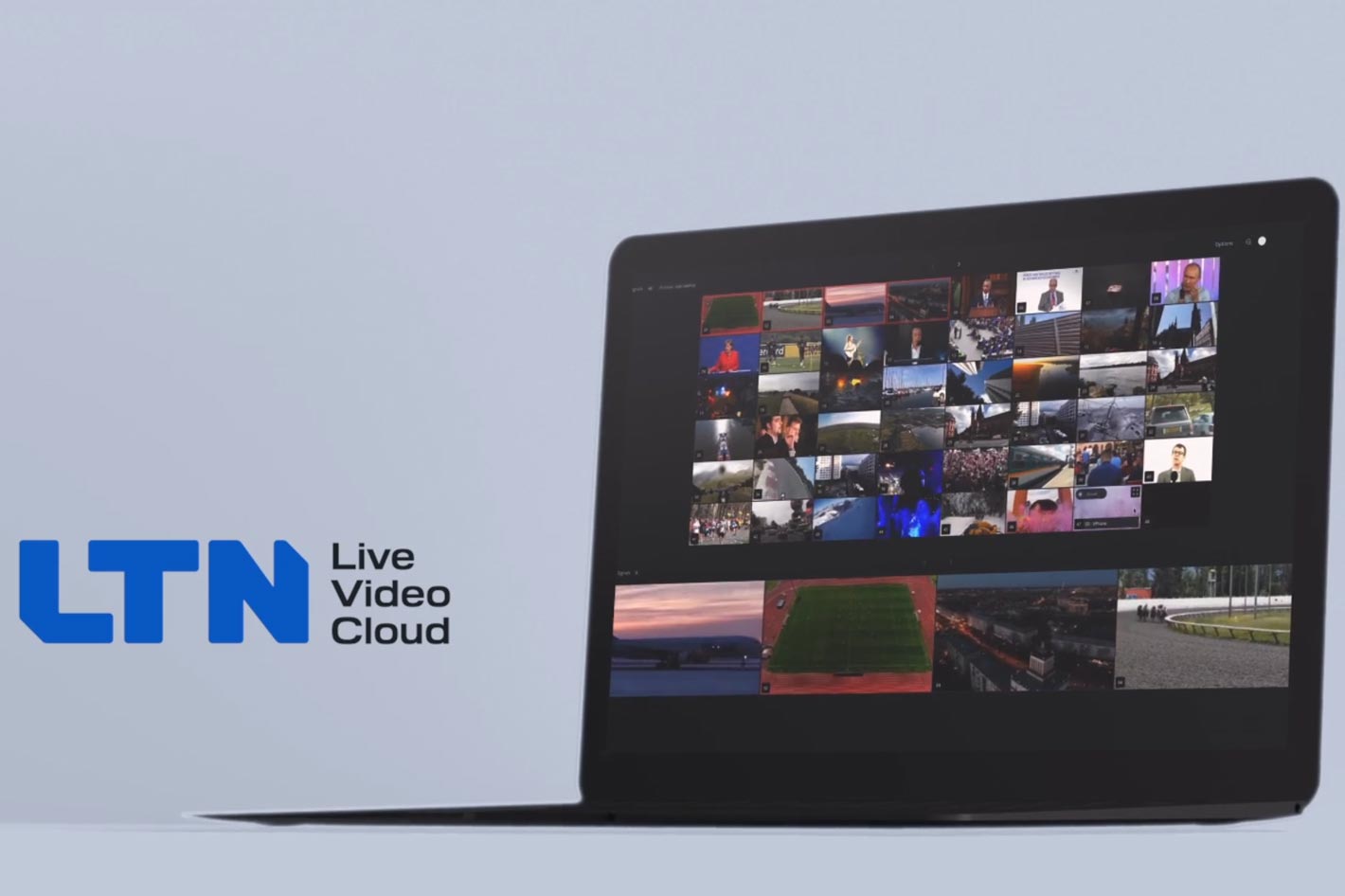 LVC provided the DNC with limitless live video acquisition, routing, and distribution capabilities. By harnessing the power of the cloud, LVC enabled remote presenters and viewers to be seamlessly combined to create the experience of being part of a live event.

“In challenging circumstances for everybody, LTN enabled the Democrats to bring their convention to stakeholders, participants and audiences more powerfully than ever before,” said Malik Khan, LTN Executive Chairman and Co-Founder. “Using LTN’s innovative cloud based solutions, the DNC has set the precedent for the future of events no matter the format, theme or geographical location.”

In the midst of a global pandemic, LTN continues to develop innovative remote production solutions, working across a number of shows and events to ensure its customers are able to reach their audiences regardless of any localized restrictions. The 2020 Democratic National Convention is one of the largest events LTN has enabled to date. The partnership saw LTN’s LVC bring hundreds of constituents, participants and audience members together in the same virtual environment. 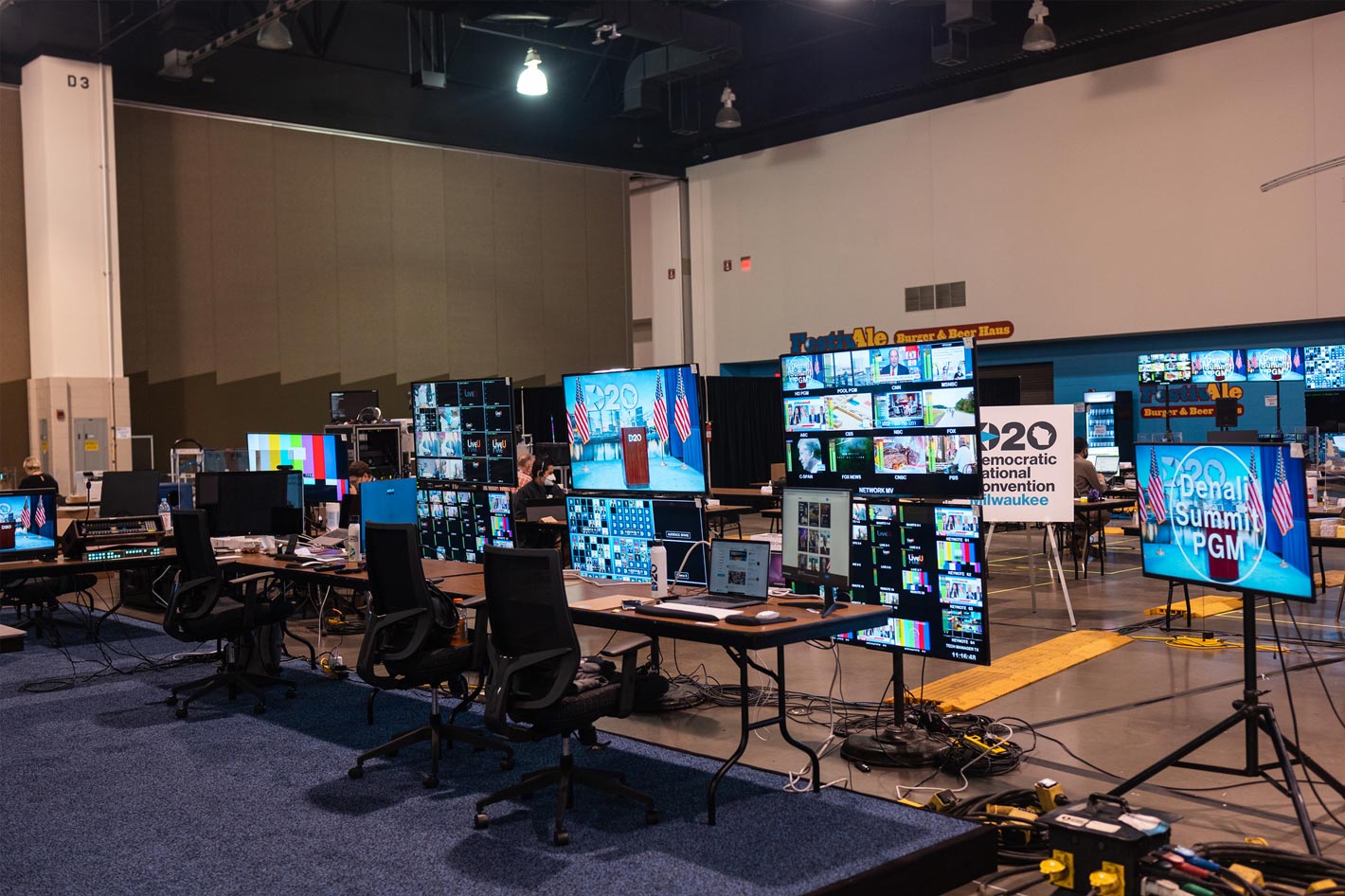 Behind the Scenes… at the Family Room

“I have had the privilege to watch Glenn (from our Family Room) plan out and bring in all the technology to direct 58 cameras from around the country, deal with dozens of speakers and talent, and hundreds of folks on the production team. Watching the process of Glenn and his partner, Ricky Kirshner work with the leadership of the DNC and Biden campaign to make this all happen has been astonishing. The level of detail has been extraordinary. We even have a generator in our backyard as the heatwave has caused blackouts in our area.”

Glen Weiss is an American producer and director of television and live events who has won 14 Emmy Awards and six Directors Guild of America awards as a director and producer for various awards shows and reality shows. The list includes the Tony Awards, Kennedy Center Honors, and Academy Awards. Glen Weiss and producer Ricky Kirshner, also winner of multiple awards, worked together to transform what was to be a a live spectacle in Milwaukee into a virtual event that worked for television and multiple streaming platforms. The center of operations was in Delaware, but Ricky Kirshner and Glen Weiss were controlling everything from afar. The whole story can be read in one article published by Variety.

Four nights of intimacy and sobriety

Comenting on the 2020 Democratic National Convention, Joe Ferullo an award-winning media executive, producer and journalist and former executive vice president of programming for CBS Television Distribution, wrote “As a TV producer and executive, I genuinely admire what the DNC pulled off. The four nights had an intimacy and sobriety that reflected the national mood. Zoom laptop cameras took us inside the homes of real people across the country, exposing us up-close to voices and experiences typically drowned out in the roar of a convention hall. These people gave the event some of its most searing moments and soaring stories.”

To read Joe Ferullo’s article, “Political conventions as entertainment TV”, published at The Hill, just follow the link. Ferullo, who was also a news executive for NBC, a writer-producer for “Dateline NBC,” and worked for ABC News, also writes that more “made-for-TV evenings [happen] this week as the GOP unveils its COVID-19 convention”  adding that “If the Democrats presented America with a very special episode of ’This Is Us,’ look to the Republicans for a revival of ‘Law and Order,’ maybe even ‘Seal Team’ and ‘S.W.A.T.’ But, whatever the show, count on the same complete surrender to TV values and imperatives.”