An incredible story, captured brilliantly by Danfung Dennis with the Canon 5D MKII 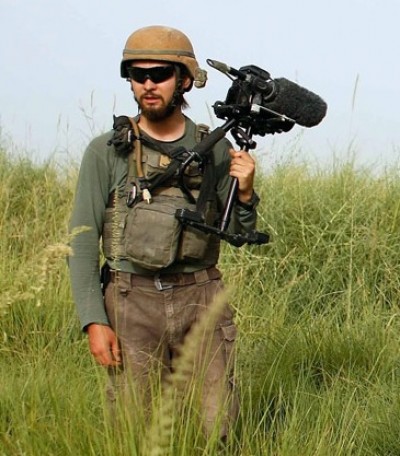 Back in May I posted some footage from Danfung Dennis, a photojournalist and videographer embedded in Afghanistan. He was one of the first to use the Canon 5D MKII in military action, and was filming a documentary on the Battle for Hearts and Minds in the region. Well just the other day the official trailer for the film came out, and it looks simply amazing. You can watch it below, as well as check out the tools he’s used to create this film.

Battle for Hearts and Minds Trailer from Danfung Dennis on Vimeo.

On July 2nd, 2009, four thousand US Marines of the 2nd Marine Expeditionary Brigade launched a major helicopter assault into a Taliban stronghold in the Helmand River Valley in southern Afghanistan in order to break a military stalemate with the insurgent group.

Independent filmmaker Danfung Dennis was embedded with Echo Company, 2nd Battalion, 8th Marine Company, as they were dropped 18 km behind enemy lines to seize a key bridge. Within a few hours of landing, fierce fighting erupted and continued for the next three days, during which Lance Corporal Charles Sharp, from Adairsville, Georgia was shot and killed by a Taliban fighter.

After the initial fighting, the Marines searched for the insurgents who had killed Lance Corporal Sharp. Frustration set in as the Marines tried to fight the elusive enemy whose IED’s cut off their supply lines. The Marines’ objective was to secure and protect the population, but the Afghan villagers complained that the fighting has driven them into the desert, and the bombing destroyed their homes. Can the Marines balance their contradictory roles as warriors and statesmen, as they struggle to win the hearts and minds of the Afghan people?

As noted above, Danfung uses a variety of tools and custom-configured gear to capture footage with the 5D MKII in the field. You can read more about the technical on his website. There’s also a nice long interview with Danfung in this audio podcast (interview starts at around 19min in).