At under $1,000 Baselight for FCP won’t be cheap but it will be useful 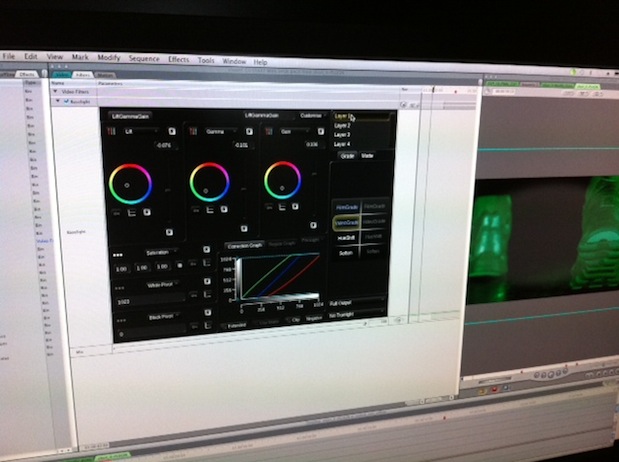 One of the more interesting products I saw at NAB on Monday was Baselight for Final Cut Pro. One of the coolest things was the new Baselight Blackboard 2 control surface (check out the video at the end of the post). I think Baselight for FCP is cool in that it’s very well thought out, not just as a tool but where it fits into the post-production pipeline.

I think it can be said that Baselight for FCP isn’t just an attempt to cash in on all the FCP installs in the world. At “under $1,000” (I always hear that as $999) isn’t not going to be cheap. But it’s not meant to be only for the shop that doesn’t want to bother with moving edits in and out of FCP (to Color or Resolve) or only for the shop who can’t afford a full Baselight.

It really seems like it’s meant to be many things. If you have a Baselight in-house then it will serve a great purpose as sort of a render station. You’ll be able to take all grading data from a full Baselight session and bring those grades back into FCP for rendering and output. If all goes as planned anything that’s done on a full Baselight will be able to come back to FCP. Though the FCP plug-in won’t have Baselight tools like image stabilization or transforms layers, that data will still come back into FCP (according to the discussion that I had) though those parameters won’t be changeable. This is really a great workflow if you’re cutting an effects heavy job where you’ve used many 3rd party FCP plug-ins and effects. 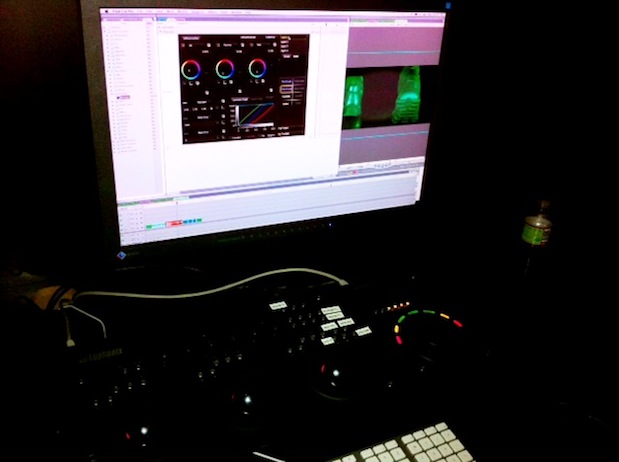 With Baselight for FCP you will for the first time have the option of a control surface for grading right in FCP.

A second use for Baselight for FCP could be as a learning too. There’s already a Mac laptop version of Baselight but that’s only for customers and is itself a learning tool for colorists moving to Baselight. Since Baselight for FCP will be the actual Baselight interface, once you’ve learned the knobs, dials and sliders in FCP they’ll be easily familiar in a full Baselight system since they are the same. And that interface in FCP means you won’t have to scroll a long menu of sliders to access all the grading parameters.

Finally, Baselight for FCP is a full color grading plug-in with control surface support for the Avid Artist Color and Control. While it probably won’t be marketed with the same zeal as Magic Bullet Colorista II it could easily be the color grading solution for those shops that want to stay in FCP. If you’ve got an edit full of mixed frames rates and resolutions then this might be just what the doctor ordered.

But Baselight isn’t just focusing only on FCP. The ultimate plan is to support different applications (I immediately think of Avid Media Composer but it probably won’t support that until MC can have custom interfaces in its effects) other than just NLEs. Imagine support in things like After Effects, Nuke or maybe even Smoke for Mac. If Baselight is installed on those apps then in theory your grading data could move from stage to stage to stage in the post-production pipeline without ever having to render the grades into the image. Since the grading data is there you’ll have the color corrected footage all along the process.

Now there are times when you’d probably want to bake those grades in but that locks the edit in place as you probably aren’t grading all the footage, just the selects from the edit with handles. If your grading data is sitting in the NLE then making changes should be simple as you’d only have to copy the grade to a new shot if there are changes. It’s an intriguing possibility.

It’s worth mentioning again that Baselight for FCP supports the Avid Artist Color control surface. AFAIK, as of this writing, I don’t think there’s any FCP color grading plug-ins that support a control surface. That’s a reason enough for considering it right there.

Now all this might change after Tuesday’s SuperMeet. In the meantime check out this little video of the new Baselight Blackboard 2 control surface. All of those keys are little video screens (actually they are lenses that look into a screen below) that can fluidly change their appearance and function depending on what you are doing. This is probably the coolest thing I’ve seen at NAB as of yet.