With the new Remote Network Control (RNC) BacPac from Airborne Sensor, your GoPro does a few tricks it can not do otherwise. Whether you’re a photographer or videographer, this little gadget reveals a new world of options available to your action cam. 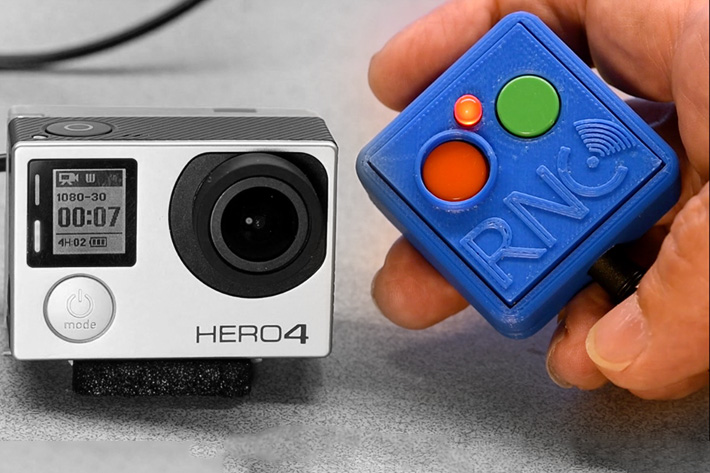 Airborne Sensor, the company responsible for a device to mount multiple GoPros on the belly of airplanes,  developed a new tool for the GoPro Hero 4. Now you’ve new functions available: a long range WiFi control, handheld wired controller, or a motion sensor. The RNC BacPac lets you control your GoPro Hero 4!

David Tenenbaum, Airborne Sensor’s CEO, says that the RNC BacPac is for wildlife photographers, sports photographers, or anyone using a GoPro on a bike/motorcycle/car and also for all those people who need to put one or more GoPro Hero 4’s in a strange place under difficult conditions. If you need to record a construction project, or traffic patterns in an office, this is the accessory you need, as it lets you control your Hero 4 in several ways, none of which were possible before.

All those times you wished you could reliably control your Hero 4 camera beyond the range of its built-in WiFi and could not find a solution are gone now. Just clip on the RNC backpack and join any available WiFi network, says David Tenenbaum. But there is more, he adds: “Need extended range ? Drop a WiFi access point halfway between the camera and your location. Or route your camera control signals halfway around the world over the Internet. The RNC BacPac displays a list of available WiFi networks and their signal strength, and even automatically retries its network connection if signal is interrupted!”

The RNC BacPac was previewed at the GoPro Developer’s Program public launch event in April, is fully functional, and has just been launched as a Kickstarter project. Airborne Sensor, a charter member of GoPro Developer’s Program, is seeking a total of $12,500 in funding to pay for the first production run. The unit is offered with a $141 pledge, and there is a purchase price refund if the unit does not live up to the company’s commitment. Backers of the RNC can expect their units to ship in November 2016 if the funding campaign is a success.

The video supporting the campaign shows the potential uses of the RNC BacPac, but there are lots of other features, like an easy way to extend the battery life. A connector allows you to add a 5v USB external power source to the RNC that both powers its circuits, and tops up the internal GoPro camera battery for unlimited runtime.

Although the RNC BacPac does a lot of things it should be noted that it does not stream a video image from the camera. Also, it only works with Hero 4 cameras. For more information and to support the Kickstarter campaign visit the project’s page.