A study abroad program to London is what first sparked Adam Pertofsky’s interest in the film and television business. After graduating from the University of Michigan, he moved to London where he spent time as a production assistant on music videos and commercials. He moved up through the ranks before turning his attention to editing. A move to Los Angeles eventually led him to Rock Paper Scissors, where he’s been editing television commercials and working on the occasional music video for the past 17 years. He’s earned numerous commercial editing awards, including a Gold Clio, a Bronze Clio, as well as multiple AICE and AICP awards. Pertofsky also wrote and directed The Witness: From the Balcony of Room 306, a documentary created to honor the 40th annual remembrance of the life and death of Dr. Martin Luther King, Jr., which was honored with Academy Award and Emmy nominations. 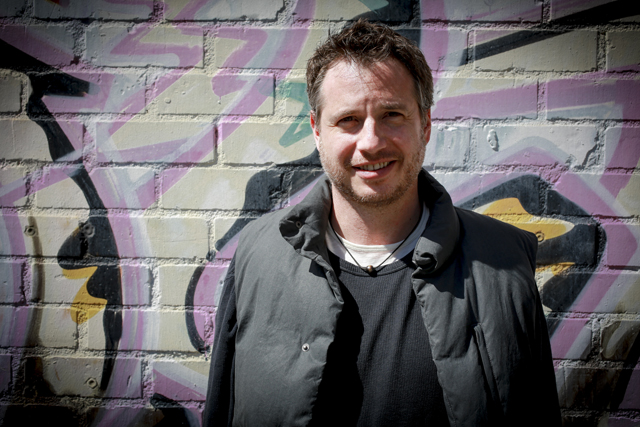 Adobe: You didn’t come up through the traditional “editing” ranks. So how did you become an editor and also a director and writer?
Pertofsky: I got tired of being on the set and never seeing the end result of what I was working on, so I got into editing and then into the writing and directing side of things. I moved to Los Angeles in 1993 and got a job as a production assistant through a friend. Then I started editing an independent film at night. Avid was the predominant editing software, and I was able to learn about editing while I learned the software.

Adobe: Tell us about your work editing commercials, specifically the recent “got milk?” and Captain Morgan spots.
Pertofsky: Every commercial we do is interesting and most have multiple media components. They are short projects. We have only two to three weeks for heavy editing. The timelines are crazy, especially when you think about a movie taking six months to a year at the least to edit.

Pete Berg directed the “got milk?” commercial and it was my first time working with him. It was a spot for the Super Bowl, and Pete did a previs of it beforehand so I was able to get the idea of what he was trying to achieve. Of course, once it is shot it is different from the animatic, but the idea is the same.

The Captain Morgan “Perfect Getaway: Chapter One” 60 second spot recently launched on the internet and also ran during an episode of The Walking Dead. It was a heavy effects project and a lot of fun to work on.

Adobe: What do you like about Adobe video tools for editing?
Pertofsky: I spent the last seven years cutting on Final Cut Pro, and before that I used Avid. I recently switched to an all Adobe workflow, including Premiere Pro and After Effects. The practicality aspect is huge. I switched because of the integration and I love Dynamic Link because I can stay within Adobe Premiere Pro for some effects, and automatically update masks I’ve created in After Effects.

Adobe: Were there other reasons for switching to Adobe Premiere Pro?
Pertofsky: I tried out Final Cut Pro X, and I knew immediately it wouldn’t do what I needed it to do. We’ll get four to fifteen hours of footage for a commercial and there’s a specific way assistants load and organize it. When they’re done I have my own specific process of going through footage and reorganizing sequences. I then go through and pull select sequences based on how I think the commercial will run. From that point, it’s a matter of losing what isn’t needed, and putting things together. I have a few days with the director and then more time with the advertising agency. They all want to see every take or alternate shorts; the organization element of Final Cut Pro X is just not there in terms of allowing me to work that way. With Premiere Pro, everything I need is right there, ready to go.

Adobe: What was the learning curve like in terms of moving to Adobe Premiere Pro?
Pertofsky: It was fast. When I start working with new software I like to experiment with it on a test project first. I edited some footage of a hot air balloon ride my family took in Tuscany and Premiere Pro worked great.

Adobe: What is the biggest advantage of Adobe Premiere Pro?
Pertofsky: The biggest advantage by far is how much time it saves me. I have been doing very heavy effects projects, and the amazing thing is that I don’t have to render at all. I recently had to jump on another project for a day and going back into Final Cut Pro 7 and seeing how much rendering I had to do was eye opening. For the “Perfect Getaway: Chapter One” spot I had some dailies that were in ARRI raw and Pro Res and the director didn’t like how the footage was colored. I just imported the raw footage into Adobe Premiere Pro and threw a lut on it to change the look. I use the trim tool all the time and love how you can scrub on the left or right over the edit point to find the exact frame. I also like to mix on the fly and it works terrifically in Premiere Pro.

Adobe: What inspires you when you’re working on a commercial project?
Pertofsky: I get inspired by the footage, and everything else is a tool to help me realize my vision. Editing is what I do and what gets me excited. Being able to go fast is important, because when an idea strikes you want to get to it without waiting. Premiere Pro helps me realize my goals and what I want to do more quickly.

Watch the “got milk?” commercial