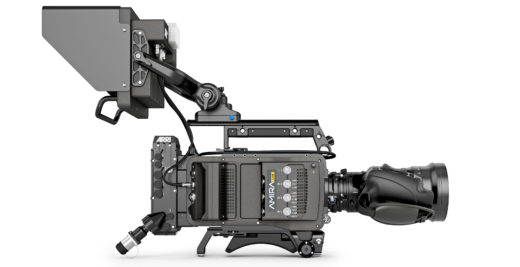 ARRI is courting broadcasters with the AMIRA Live, a new version of its AMIRA camera aimed at multicamera broadcast production that eliminates the external cables connecting the AMIRA camera to the fiber back-end. Moving those messy connections into the camera body makes the AMIRA Live easier to operate and increases reliability — no chance of accidentally yanking out a cable or damaging a connector. The streamlined AMIRA Live now has a form factor closer to traditional broadcast cameras while retaining the ARRI ALEV III Super 35 sensor, with its familiar (and battle-tested) cinematic depth-of-field characteristics, dynamic range, and color science. Along with the new camera comes the new ARRI VMM-1, a 10-inch on-board monitor with contrast, color, backlight and peaking controls, a frontside tally switch, and two camera user buttons, and a SUP 6.1 software update that ARRI says improves noise reduction, increases the range of sharpness settings, and improves defective-pixel collection, all while increasing the boot-up speed.

Atomos expanded its support for Apple ProRes Raw on its Ninja V recorder to the Panasonic Lumix BGH1 and Lumix S1. The Lumix BGH1 MFT box camera ($2,000) will record up to 4K (DC) ProRes Raw to the Ninja V, and the full-frame Lumix S1 ($2,498) will record up to 5.9K ProRes Raw. With these two new additions, Atomos is now enabling raw recording out of at least 30 different cameras from manufacturers including Canon, Panasonic, Sony, Nikon, Z Cam, Olympus, Fujifilm and Sigma. (ARRI records ProRes raw internally, and both Red and Blackmagic have their own raw formats.)

Blackmagic Design‘s new URSA Mini Pro 12K camera and its Resolve-centric workflow are getting good reviews from the VFX community, where cinematographers are running multiple 8K and 12K cameras to capture stabilized footage that can be stitched into ultra-high-resolution plates for virtual production. “We just did a shoot with 15 cameras on the metro,” Stargate Studios founder and CEO Sam Nicholson, ASC, said during a session at the HPA Tech Retreat, held online in a special virtual version earlier this month. The shoot used both 8K and 12K cameras to capture a 360-degree view from a subway train, and Nicholson said the Blackmagic Raw codec was essential to managing that much footage — each half-hour take generated about 150 TB of data. On the same panel, cinematographer David Stump, ASC, said running multiple 12K cameras with nearly 80 megapixels of resolution each enables “real-time petapixel photography.” As virtual productions become more common, expect more pressure on other camera manufacturers to match (or exceed?) Blackmagic’s new resolution target.

The latest from Canon is its new line of 4K UHD (3840 x 2160) PTZ cameras, including the CR-N500, the CR-N300 and, for outdoor shooting, the CR-X500, which comes inside an IP55 weather-resistant housing. The two indoor cameras support HDMI, IP and 3G-SDI connectivity, while the CR-X500 supports 12G-SDI. Both the CR-N500 and the CR-X500 have one-inch CMOS sensors with a 3.2 micron pixel pitch and 15x optical zooms; the CR-N300 has a 1/2.3-inch CMOS and a 20x optical zoom. All three cameras feature Canon’s DIGIC DV 6 image processing and optical zoom lenses, and they work via IP or serial connection to Canon’s new RC-IP100 remote controller, which can control up to 100 cameras simultaneously. Marketed toward system integrators, the three new cameras and remote control unit are scheduled to ship this summer. 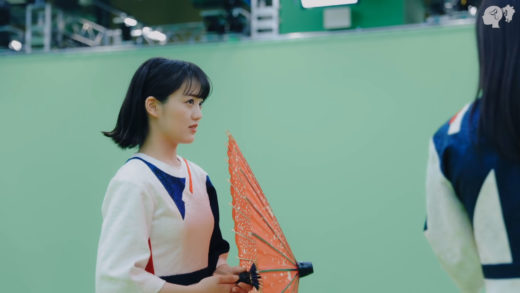 In other news from Canon, the company is touting its new Volumetric Video Studio, which it opened as a virtual performance studio in Kawasaki, Japan, just southwest of Tokyo, last year. The set-up uses more than 100 4K cameras to capture action on a stage volumetrically, as 3D data, which allows new video to be generated later from any camera angle. That means performers captured against green-screen can later be placed in a computer-generated 3D scene and “shot” by virtual cameras from any position. The system is being used to stream live performances, music, variety and documentary programs, promo videos and TV commercials. Take behind-the-scenes look at a volumetric shoot for Japanese girl group Batten Girls in the video below.

A Yonkers, NY plaintiff has filed a class-action lawsuit against Sony Electronics, alleging that the a7iii mirrorless camera has a flaw that can cause premature shutter failure. John Guerriero claims Sony “mislead and/or deceived” camera buyers about the shutter’s life expectancy and says the company requires out-of-warranty users to shell out “approximately $500-$650 for repair and replacement of the shutter mechanism.” Guerriero seeks an injunction against Sony as well as monetary damages and court costs. 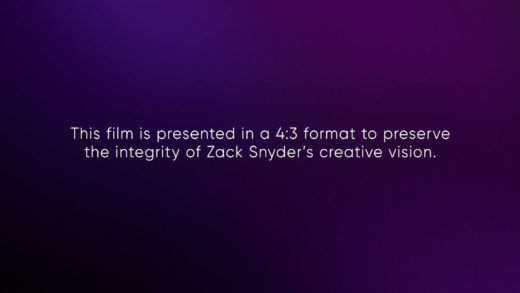 Wondering about the Academy Ratio (1.33:1) frame of the much-buzzed-about Zack Snyder’s Justice League re-do that debuted this month on HBO Max? Zack Snyder, the director of such modern VFX marvels as 300 and Watchmen, hasn’t gone back to the 1950s. Instead, he’s been inspired by the 1.43:1 aspect ratio of classic 15-perf 70mm IMAX exhibition, which yielded an image nearly the same shape as old TV screens and pre-Cinemascope feature films. Producer Deborah Snyder told Decider the film was originally framed (and VFX were finished) with an intended IMAX release in mind, though modern “IMAX” screens typically measure closer to 1.90:1. Many viewers wondered why their #SnyderCut required black bars on either side of the image or knocked the oddball aspect ratio as a directorial pretension. But critics noted that the taller image is an appropriate frame for a story about superheroes who are meant to tower over us like gods. Once Snyder’s bosses at HBO Max came to terms with a superhero movie that runs 242 minutes (!) and lets Batman drop an F-bomb (!!) the black bars probably didn’t seem like too much of a compromise. For the record, Justice League was actually shot on film (but not IMAX film) with ARRICAM LT, ARRICAM ST, ARRIFLEX 235 and ARRIFLEX 435 cameras and Leica Summilux-C lenses. Snyder picked up one scene for the new version last year — part of the film’s epilogue — with the RED Helium.

Emmy-winning cinematographer David Katznelson, DFF, BSC (Downton Abbey), shot acclaimed five-part miniseries It’s a Sin with two Sony Venice cameras, one of them with a three-meter tether allowing the optical block to squeeze into tight spaces without the bulkier recording module. The Venice was paired with Cooke anamorphic lenses and Canon K35s. Also employed were three vintage Ikegami studio cameras and associated lighting fixtures to recreate the look of 1980s TV. You can read more about the project at British Cinematographer. It’s a Sin premiered on Channel 4 in the U.K. before debuting stateside on HBO Max.

Godzilla vs. Kong director Adam Wingard (You’re Next) and cinematographer Ben Seresin, ASC, BSC (World War Z), captured all of the kaiju carnage in camera with the ARRI Alexa 65, and Seresin’s cinematography is being singled out by critics as a highlight of the film. If you’re vaccinated, the oversized spectacle may be best experienced in an IMAX theater, but you can still get a pretty good fix from the comfort of your couch as HBO Max streams the title in 4K UHD with Dolby Vision and Dolby Atmos.

The box-office champion as theaters around the U.S. re-open after a year-long COVID shutdown is Bob Odenkirk action vehicle Nobody. It’s shot with RED Helium 8K cameras and Hawk V-Lite 2x anamorphic lenses by Pawel Pogorzelski, best-known for Hereditary and Midsommar. Pogorzelski told the Go Creative Show podcast that he shot with the Helium at 1280 ISO after testing a broad variety of cameras: “There’s a grittiness to it — a certain oomph to it. That’s what we [had] imagined.”

Score another win for RED with the release of Marvel Studios’ The Falcon and the Winter Soldier, which entered the record books this month as the most-watched episodic premiere to date on Disney+. The six-episode superhero series is being shot by Emmy-winning cinematographer P.J. Dillon, ASC, ISC (The Alienist, Penny Dreadful), on the Panavision DXL2 with RED’s Monstro 8K sensor.