The IBC 2017 edition, where ARRI will present multiple new products, is a special one for the company. On September 12, 2017 ARRI celebrated one hundred years. 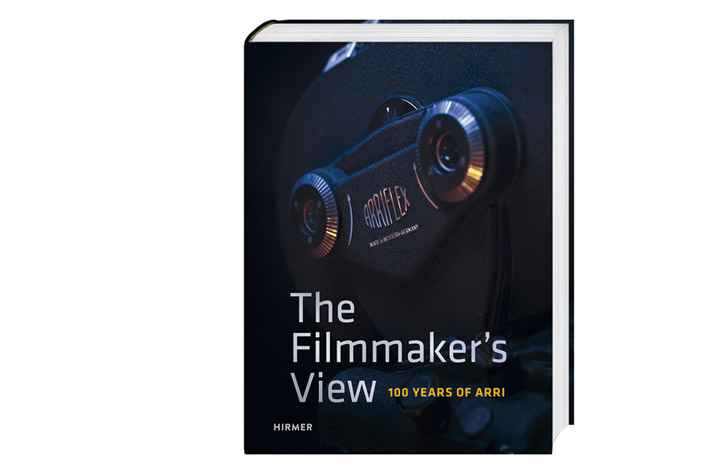 A special event celebrated the centenary of ARRI, before the company packed to showcase products at IBC 2017. A book, The Filmmaker´s View, has also been published for the occasion.

Exactly 100 years to the day after ARRI’s inception, the film technology company held an exclusive centenary celebration for select guests at the Isarforum of Munich’s famed Deutsches Museum. ARRI’s Executive Board and members of the Stahl family, the company’s owners, welcomed around 100 guests on September 12, 2017, including long-standing clients, partners, and companions from the global film industry.

“With this very special anniversary celebration, we wish to thank you all for the many years of intense and outstanding collaboration that we have already enjoyed together, and for what we are sure will be a continued, successful future together,” explained Franz Kraus, Executive Board member responsible for technology at the ARRI Group in his welcoming address. He went on to say: “Since day one, ARRI has placed great importance on close relationships with creatives. Our intense contact with filmmakers gives us important input that we can use to help develop and improve our products and services. Because ultimately, our goal is to offer you exactly the technologies you need to make your film-making dreams come true.”

Dr. Joerg Pohlman, Executive Board member responsible for operational activities, added: “The passions for film and technology have always come together at ARRI. That was the case in the past, and that same enthusiasm is still tangible in our company today.” He continued: “From Hollywood to Bollywood; with around 1,500 employees in various countries around the world, ARRI is truly a global player. We have successfully mastered the digital transition, but digitalization still holds all sorts of other challenges. That is why designing innovations for our customers remains at the core of all our endeavors.”

Among the well-wishers were also prominent figures from the political sector in Germany, such as Bavaria`s Media Minister and Deputy State Premier llse Aigner: “For 100 years now, ARRI has been a key player for the world-renowned media center Bavaria, and a true flagship. The most successful films ever made earned 14 Oscars; our Munich-based, technology specialists at ARRI have 19. Today, ARRI is active around the planet, but it still calls Bavaria home. This long-established company has successfully faced and mastered digitalization; this will ensure that ARRI remains a reliable and important partner to the film and television industry in the future.”

Munich’s Deputy Mayor Josef Schmid, Head of the Department of Labor and Economy, and Chairman of the Cultural Committee, added: “Virtually no feature film is made in the world today without ARRI being involved somehow. As Munich natives, we can be proud that this company, with its long history, is an ambassador of our city. They produce many products themselves, often right here in the heart of Munich, thus creating and keeping important jobs and training positions in our state.”

The speeches were followed by an entertaining, varied, and pleasurable evening, hosted by the charming Nina Eichinger. Among the performers was the artist Natalya Netselya, who depicted milestones of ARRI’s eventful history in sand, including the company’s foundation by the two teenage film enthusiasts August Arnold and Robert Richter on September 12, 1917 in a former shoemaker´s workshop in Munich´s Tuerkenstrasse.

ARRI anecdotes were shared with the guests. Film director Edgar Reitz, for instance, recounted the story of how “old” mister Arnold made him dismantle an ARRI camera and then put it back together again when he was a student, saying that when he could, he would let him use the camera for free for his film. Reitz, the son of a watchmaker, succeeded—and was rewarded. Director Joseph Vilsmaier, also in attendance, has a very special connection to ARRI, having done his apprenticeship with the company in the 1950s. 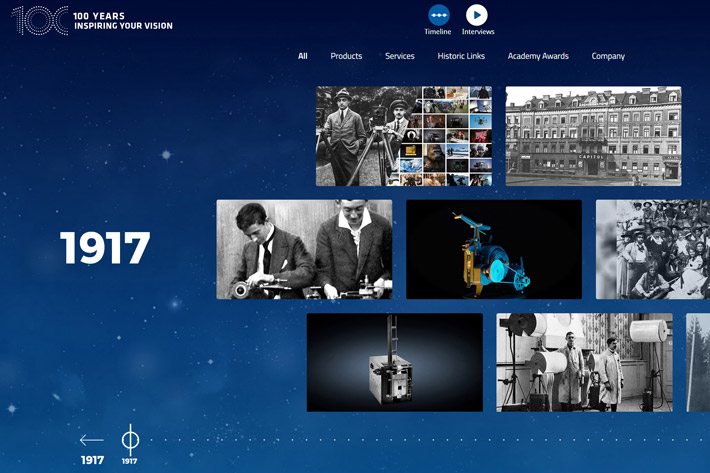 These and many other episodes from ARRI’s rich history were presented at the centenary event in the film sequence The Filmmaker´s View. As a present to all film lovers worldwide, a team from ARRI shot more than 250 video interviews over a period of one and a half years with filmmakers and other industry professionals around the globe. In this series of interviews, renowned film makers like Ang Lee, Francis Ford Coppola, Judith Kaufmann, Wim Wenders, and Tom Tykwer tell of how technology has changed their artistic work. The interviews can be watched at 100.arri.com/filmmakersview, and a book titled The Filmmaker´s View has also been published for the occasion.

ARRI´s centenary celebrations began in July with two grand anniversary parties at the headquarters for partners, customers, and employees from around the world. Further events will be taking place from September in Amsterdam, Los Angeles, Hong Kong, Mumbai, and London. Follow the link for more information.