Are your eyes color deficient?

I posted another one of these color tests several months ago and it went viral, so I'm going with another one I found recently.

This doesn't have a UI that's quite as fun as the last one, but it's quite challenging.

According to the X-Rite website, 1 in 255 women and 1 in only 12 men have a color definiciency. This specific test is for variations of hue. The goal is to put the hues in order between two set colors on either end of a spectrum.

My first score was an 8. When I tried it again, I scored a 15, but both tests showed that I had a weakness for distinguishing hues in the green/blue range. The test from the other website showed the same deficiency. Then, of course, knowing I would be judged by my peers, I tried it again and found that if I adjusted the angle of my MacBookPro, I could discern the colors much better… You'll have to look to the last image to see my final score!

This is what the test looks like before “playing.” 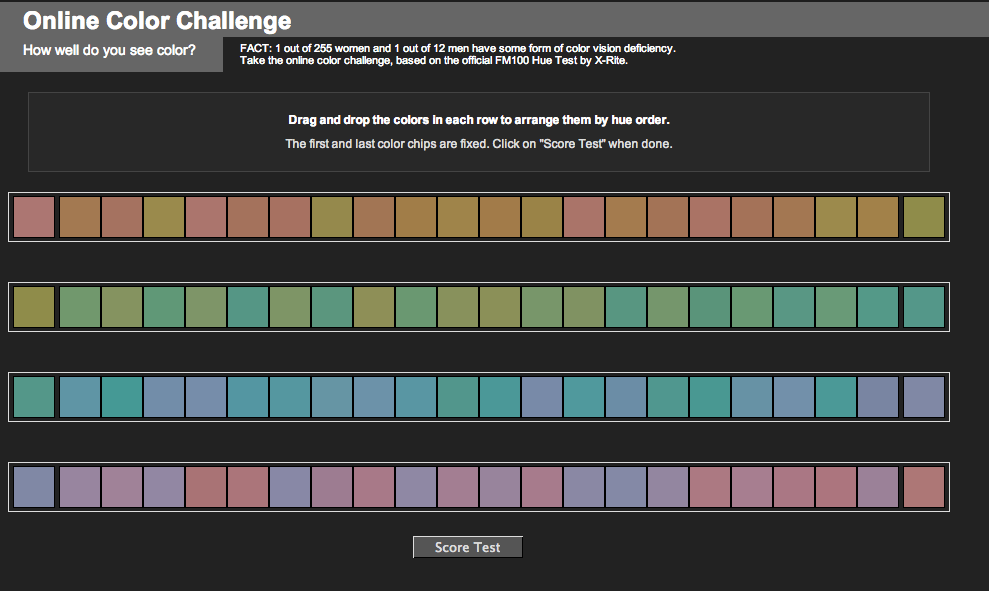 This is what the test looks like, on which I scored a 15 out of 100. 0 being a perfect score. As I'm pasting this image into the blog, I can see some of my mistakes already. 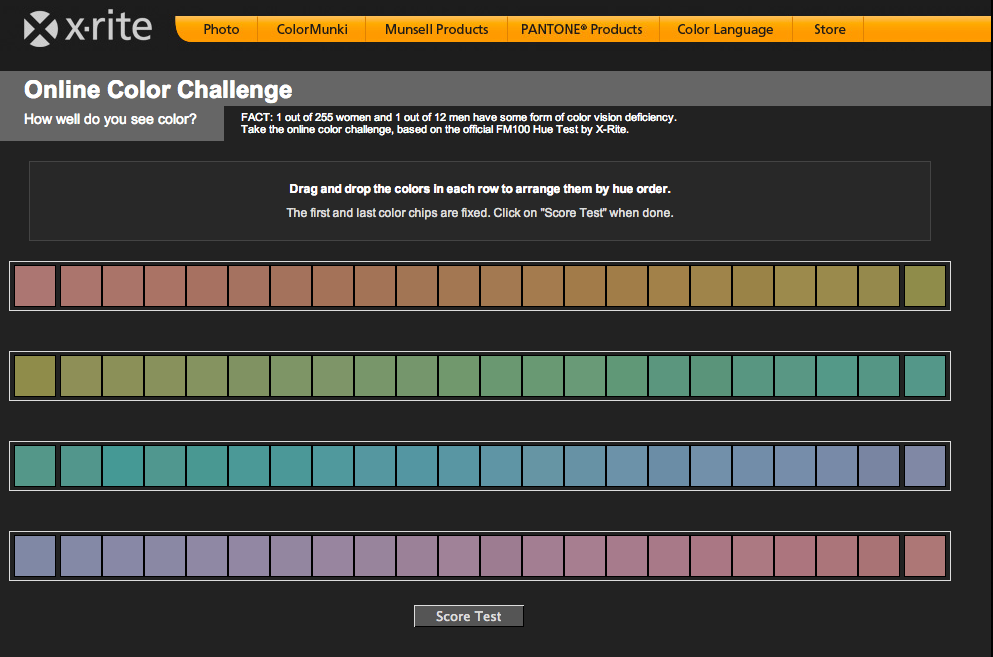 Here is how the test charted my color deficiencies. 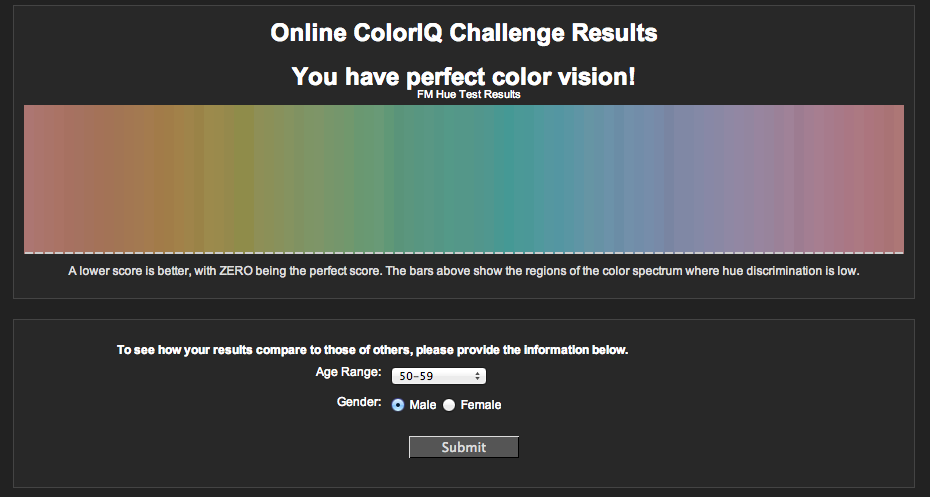 Play along! And if you REALLY want to make it hard, only move each square once… I didn't try that myself.