Recently in the world of After Effects, there’s news on Adobes updates, ProRes, Google Earth Studio, The Year in Review, animation, classes, and more. There’s lots more happening though! It’s still hard to know if this approach to news is still useful, but here it is.

Oh yeah, the After Effects team is hiring! 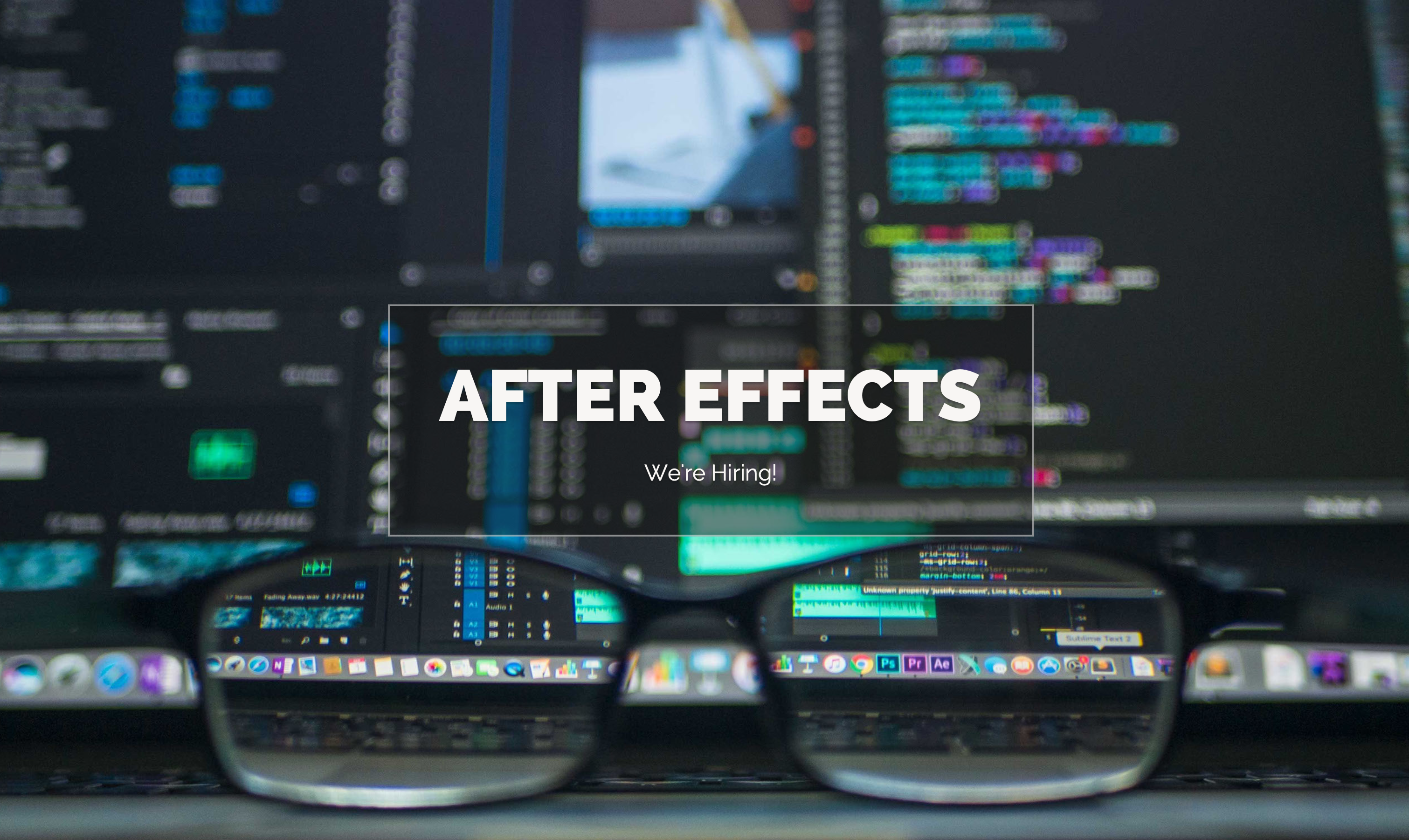 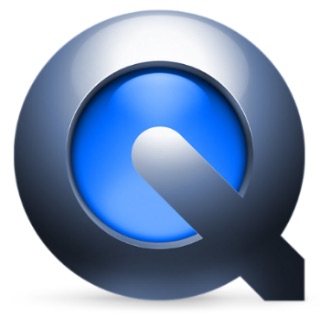 Meanwhile, as Apple clarifies the ‘legacy media warning; with an update to their Knowledge Base article, Scott Simmons notes that Apple’s move “mentions a future version of Final Cut Pro X as FCPX editors are the ones most likely affected by these changes.” Scott says say to read the Digital Rebellion article, Thoughts on 32-bit codecs being phased out in macOS. He adds, “We won’t get the support for some of these legacy codecs in the base level of the operating system. I honestly think it won’t make that big of a deal as most of the software that editors will be working in will be able to support the various post-production codecs that we need.”

The Keyframes conference, organized by Future Media Concepts, is planned for February 25 – 27 2019 in Orlando, FL. There will be the many of current usual suspects as speakers, and a side trip to Universal Studios. FMC is also planning on After Effects World again, in August 2019 in Seattle, with details still to follow. 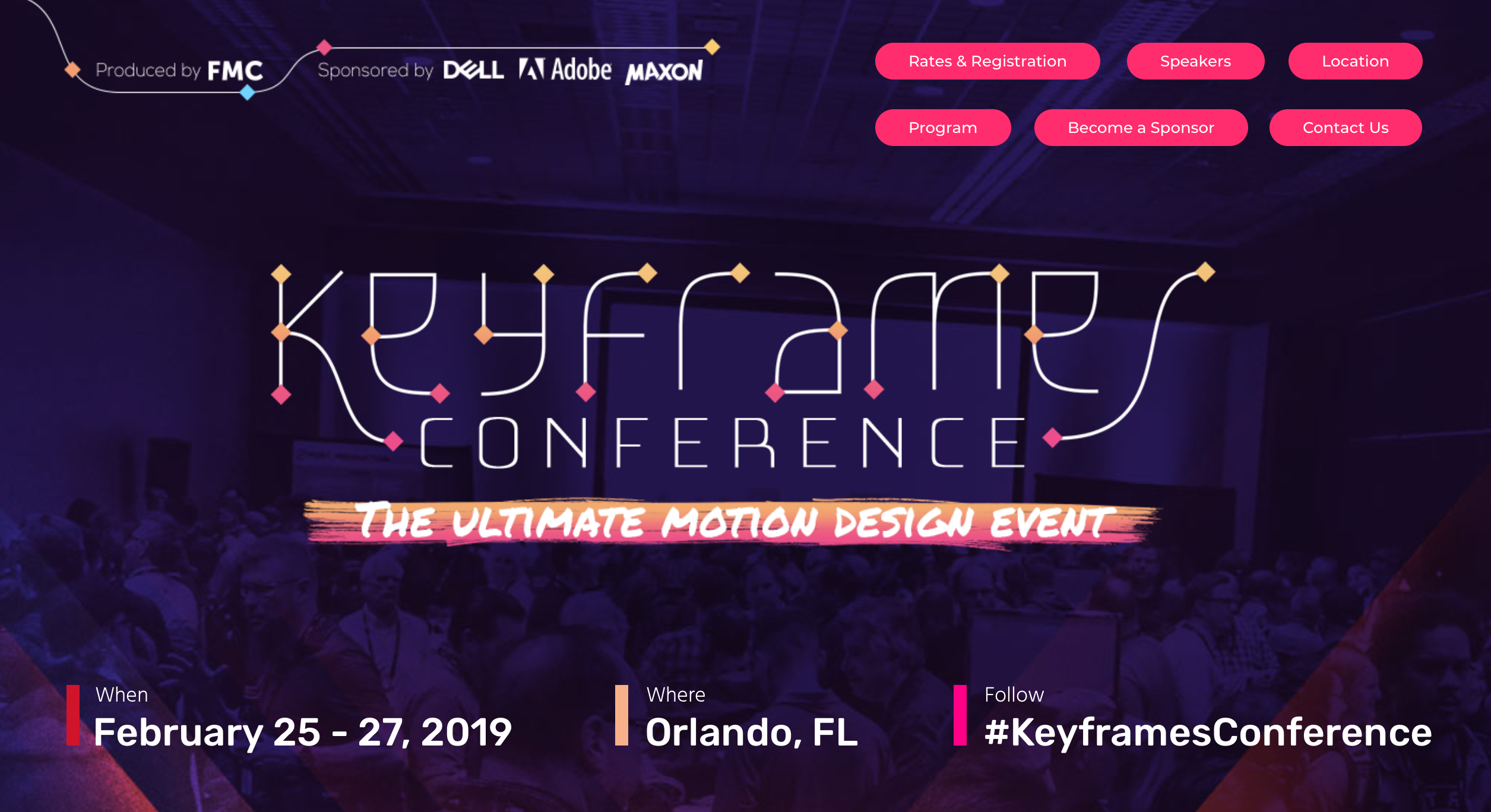 Jonny Elwyn was quick out of the box with his 2018 – A Year in Review from a Film Editor, but first try the next item.

The biggest chunk of news can be found in This Year in MoGraph: 2018 from School of Motion, Joey Korenman hosts animator Ryan Summers in a 3+hour podcast that also transcribed. It’s a wide-ranging one-of-a-kind discussion of trends, with lots of links to products and people mentioned. Here’s few highlights and comments:

In Peaks All the Way Up, Joe Clay of Workbench.TV says that after the “puberty” articles written by @SchoolOfMotion and its response by @aembury (noted here when they appeared) that it was time to write about his personal experience and views of this industry.

Yes, it’s not all lollipops, chroma hoops, and EasyEase.

And don’t miss the bunches of other Workbench tutorials, like Tutorial 152: Procedural Circuitry, which uses Master Properties in After Effects.

Ukramedia also continues strong with a steady stream of advice. Ryan Summers also appeared on the Ukra podcast, in 050: From Science to Art – Ryan Summers. Here’s a just two of the tutorials posted recently, Why You Should Be Using Master Properties in After Effects and 7 Changes to the After Effects Expressions Engine:

Retweeted earlier (included below), this news made a splash from left field: “Google Earth meets After Effects = Google Earth Studio!” It’s browser-based tech from Google that can export to After Effects — that’s something new in itself! Be sure to check out best practices and tutorials. There were some quick experiments, including one by Aharon Rabinowitz of Red Giant Software, which by the way has recently nicely updated their stable of After Effects plug-ins. Also, Kert Gartner posted a nice experiment, seen below.

Google Earth meets After Effects = Google Earth Studio!!!
I have been privileged to do user testing for a while and it's one of my favorite tools all time! https://t.co/GuqVKq3AQw pic.twitter.com/m6gpUXUq4W

Let it snow is an Adobe 1-minute lesson. Adding another instance of a layer or plug-in can help improve things, as discussed in many other tutorials. For more, see Snow in After Effects: an updated roundup.

Advanced Motion Methods seems like a massive undertaking, and it should be rewarding to those who enroll in the classes, as offered. See also An Epic Q&A with Sander Van Dijk by School of Motion and the course preview movie below.

Seriously, Sander is the kind of guy who always, ALWAYS goes above and beyond in every project. I'm always learning from this guy and now you can learn from him. So, do it. https://t.co/mL0zJ0OKyQ

How to 3D Track TEXT ANYWHERE in your videos, by Peter McKinnon, is a good intro After Effects tutorial with 3 examples.

Not too long ago, Motion Array posted a tutorial on How To Animate A Line In After Effects.

RubberHose Animation with After Effects is a new Lynda.com course by Angie Taylor.

Morgan Williams with School of Motion posted a timely video: Compare and Contrast: DUIK vs RubberHose. There’s more items (from elsewhere) in the article.

Someone asked: “Are there any plug-ins or scripts which will allow me to retarget entire groups of assets? It is absurd that after three years the Importer/JPG is still not functioning properly.” For background, Roei Tzoref dutifully documented this bug in the Adobe forums in 2017 in After Effects 2017 won’t batch replace.

An answer has come in the form of a script by Plug-in Everything, File Hunter.

Via @vanschneider and @shao …this is pretty cool, The Motion Periodic Table, a “semi-random organization of motion patterns” but still a good start. Instructions explain the organization of elements:

This is pretty cool — The Motion Periodic Table

There’s a ton of glitch tutorials out there, and some advice on making glitchy beats music, like 5 steps to make awesome GLITCH BEATS by Andrew Huang. The After Effects tutorial underneath from Georgiiou in 2014 has 1.82 millions views!