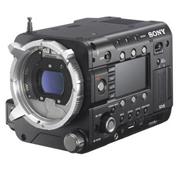 The hands-on training will give attendees a chance to experience the full capabilities offered by the Sony PMW-F5 camera and new Sony PVMX300. In addition to Adorama Pro video experts, Sony representatives will also be on hand to discuss the groundbreaking capabilities of the new PVMX300 monitor.


About the Sony PMW-F5
The Sony PMW-F5 CineAlta camera shoots spectacular images with its 8.9 megapixels (effective) Sony 4K image sensor. Get superior, super-sampled pictures with noticeably higher contrast, rich color reproduction and greater clarity. The camera offers robust built-in recording modes, all with vibrant 4:2:2 color. Irresistible options include the amazing precision of 16-bit linear RAW 2K/4K recording and high speed shooting at up to 120 fps without cropping. The F5 is exceptionally small, light and modular, letting shooters build the right configuration for each job or each shot.

The Sony PMW-F5 CineAlta 4K Digital Cinema Camcorder retails at $16,490 USD and can be purchased at Adorama.com.

ADORAMA: More Than a Camera Store
Adorama is more than a camera store – it’s one of the world’s largest photography, video, imaging and electronics retailers. Serving customers for more than 30 years, Adorama has grown from its flagship NYC store to include the leading online destination for photography, imaging and consumer electronics. Adorama's vast product offerings encompass home entertainment, mobile computing, and professional video and audio, while its services include an in-house photo lab, AdoramaPix, pro equipment rental at Adorama Rental Company and the award-winning Adorama Learning Center, which offers free education for photographers in video channels such as the popular AdoramaTV.

Adorama is listed as Forbes.com’s “Best of the Web” and in the Internet Retailers Top 100, and is the official Photo and Electronics Retailer of the NY Giants.  Visit ADORAMA at www.adorama.com.