Adobe’s US$99 Premiere Elements for Mac is marketed for amateurs, but may have pro applications too. 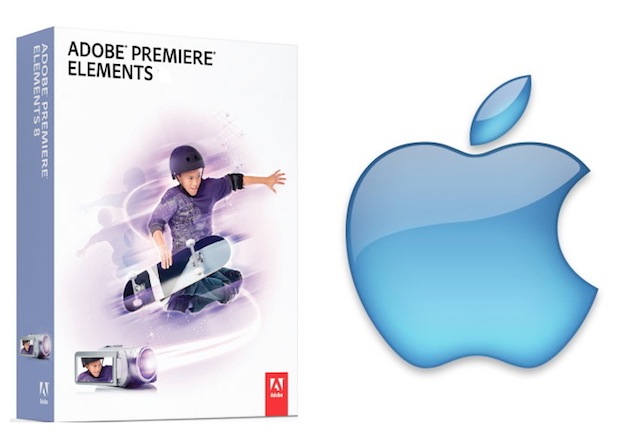 Last week, I attended Experience Adobe CS5 Production on a Mac here in Miami. Interestingly, the seminar was organized by a local reseller called Enhanced View Services, although promoted via Apple Events, and the actual presenters were from Adobe and Apple. Even though there was a presentation from Apple before and after the Adobe presentation, I estimate that 75% was about Adobe’s CS5. Many ProVideo Coalition readers know that I have written several articles about Final Cut Pro workflow, and more recently, I’ve published several about Premiere Pro CS5, and I will continue to do so. In addition to saying hello to the people from Apple and Adobe and hearing even more about CS5, I really wanted to see whether there would be any mention of the new US$99 Premiere Elements for Mac, which had been announced earlier in the week… and if not, I wanted to ask questions about it. In this article, you’ll find out more about what happened at this event, and the surprisingly positive answers I got about Premiere Elements for Mac.

Considering that the general press has recently covered many Adobe<>Apple issues, and I personally have published several articles where I expressed strong opinions about Adobe’s current lead in NLE software (especially when dealing with H.264/AVCHD raw footage natively with transitions other than cuts) and my quite contrasting opinions about Adobe’s Flash, I was logically interested to see how Apple and Adobe would treat one another at this public event. Well, Apple’s Senior Systems Engineer, Orlando Luna, was quite diplomatic about it, emphasizing the heritage of good relations between the two companies, and the fact that both have embraced the open XML architecture which allows them to share projects between Final Cut Pro (6 and 7) and Premiere Pro CS (4 and 5). Orlando Luna (a personal friend for over a decade, way before he worked for Apple) also emphasized two very strong Apple technologies: the Apple ProRes422 family of códecs and Apple’s Color (which was known as Final Touch before Apple’s acquisition, and which previously cost US$25,000 for the HD version). Orlando Luna presented the power and quality of the ProRes422 family of códecs, and gave a mini demo of Color. Luna pointed out that although neither of these two Apple technologies has any parallel offered by Adobe, both can be used jointly with Adobe Premiere Pro CS5: a great reason to have both installed, especially if you need the best of both worlds. Adobe’s North American Technical Sales Manager for Video/Audio, Dave Helmly, showed the same positive attitude, and showed how Premiere Pro CS5 can also be the bridge to Adobe’s After Effects and Encore, thus extending the XML connection from/to FCP even further. It is now clear that the combination of Orlando Luna (representing Apple) and Dave Helmly (representing Adobe) at a public event turns out to be much better PR for both companies than it would be if Steve Jobs and Shantanu Narayen were to attempt something similar!

Finally, I asked about Premiere Elements for Mac!

When all of the presentations were done (without any mention of Premiere Elements) and the presenters asked for any final questions, I began asking. Some of them were public questions. Then, as they packed up their gear, I continued to converse with Dave Helmly of Adobe, and he gave me a 2-minute demo of Premiere Elements on his MacBook Pro. But before that, he told me that in reality, Premiere Elements for Mac is really a scaled-down build of Premiere Pro CS5, not an independently created application. So here were the questions and answers:

Neither Adobe or Apple is paying Allan T©pper or TecnoTur LLC specifically to write this article. Some of the manufacturers listed above have contracted T©pper and/or TecnoTur LLC to carry out consulting and/or translations/localizations/transcreations. So far, none of the manufacturers listed above is/are sponsors of the TecnoTur programs, although they are welcome to do so, and some are, may be (or may have been) sponsors of ProVideo Coalition magazine. Some links to third parties listed in this article and/or on this web page may indirectly benefit TecnoTur LLC via affiliate programs.