Download the new Premiere, After Effects, Audition and others 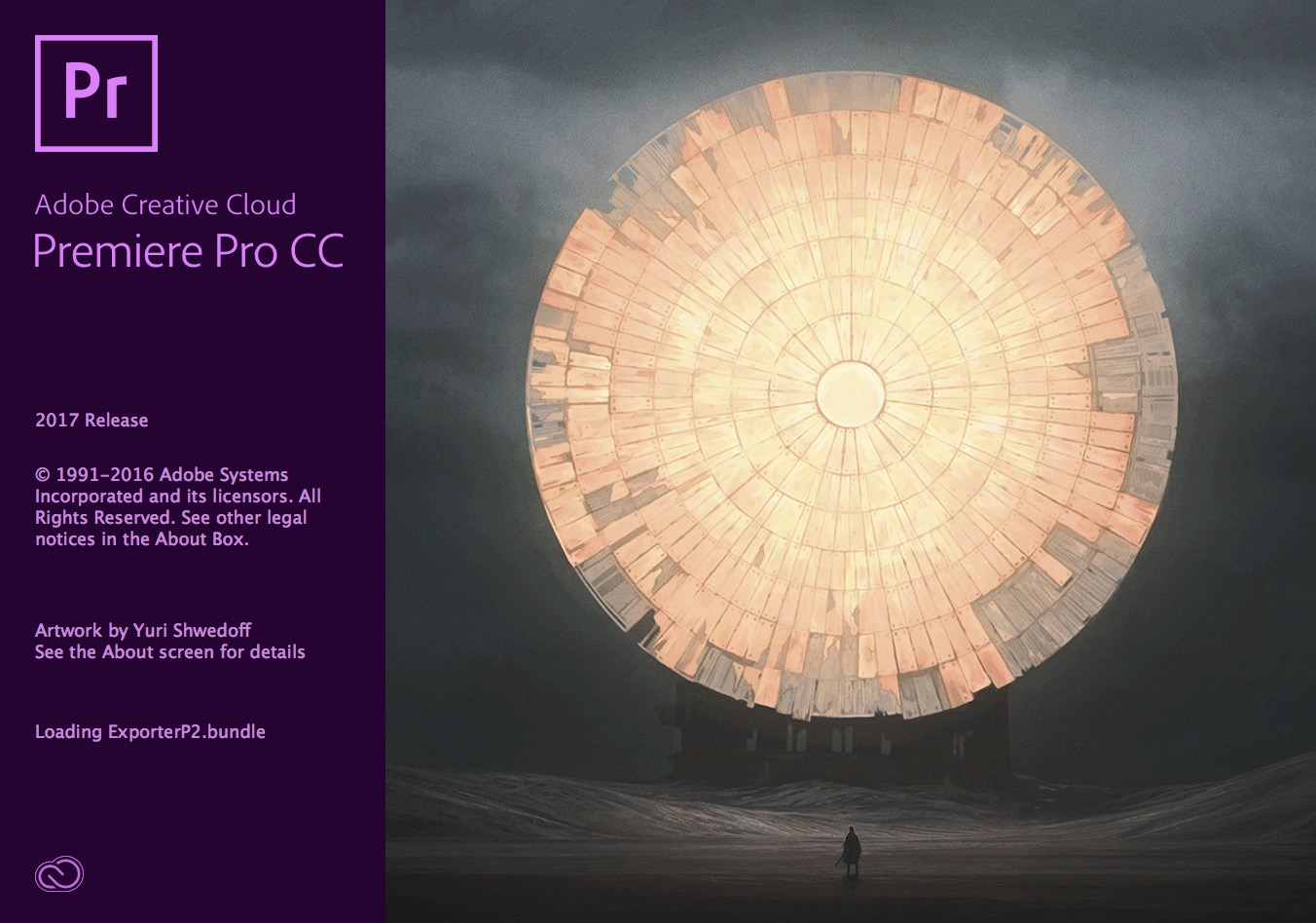 It was a big day for Adobe the Adobe MAX conference kicked off and a who batch of updated Adobe CC video tools went live. These are being called the 2017 release to take us into the new year. You can watch a replay of the Adobe MAX keynote here. If you haven’t checked your Creative Cloud app then do so now and get your updates on. But you might want to read this first if you’re in the middle of a project. And be careful if you don’t want overwrite the old version.

Most of the features have been covered as Adobe talked about the update at IBC and we covered it here. The first thing you’ll notice is a subtle update to the interface. There’s been a redesign of some icons and interface elements. Nothing too dramatic but enough to let you know it’s new 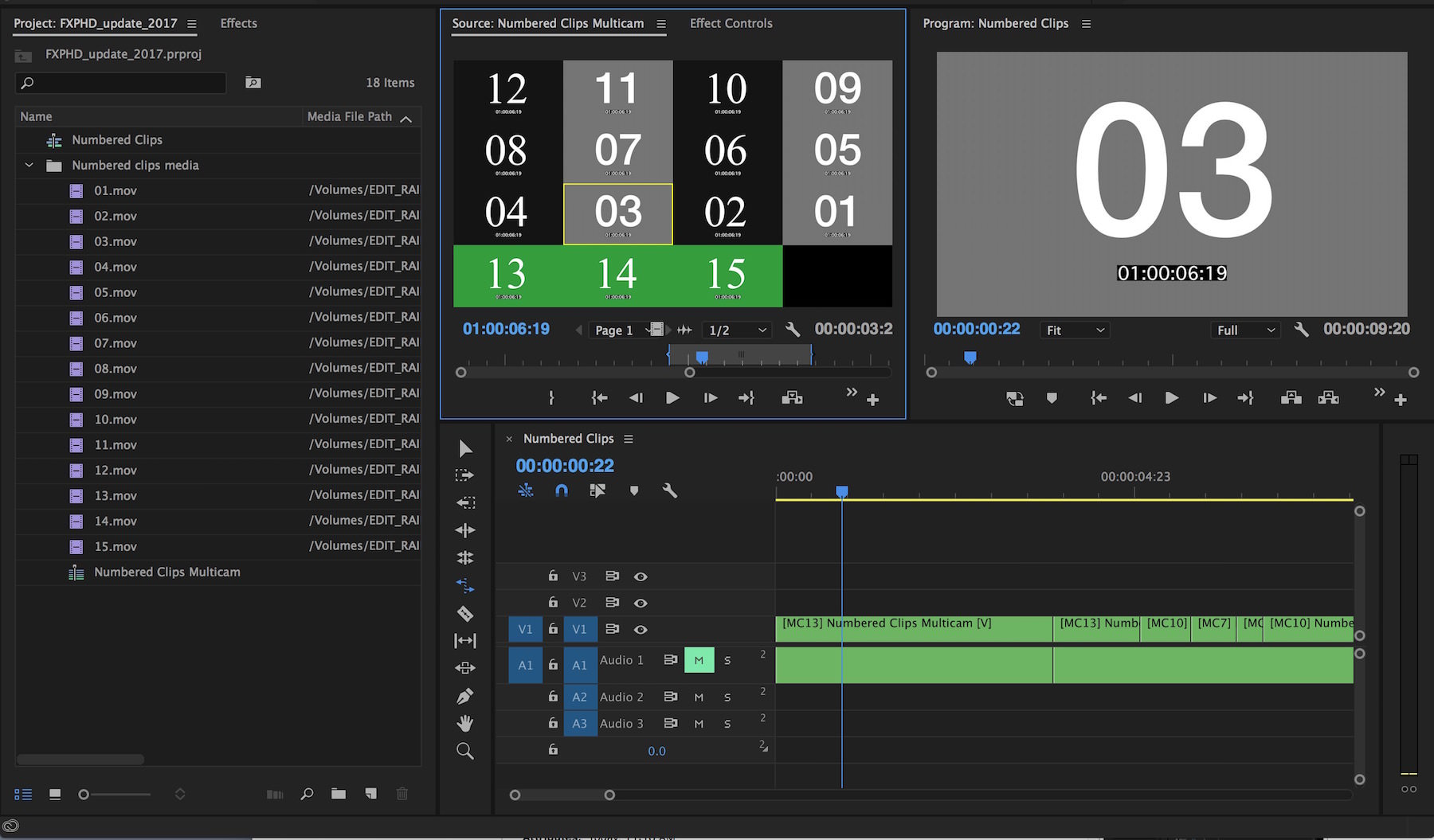 The biggest thing I noticed while working in the update today is the new clip and sequence icons. 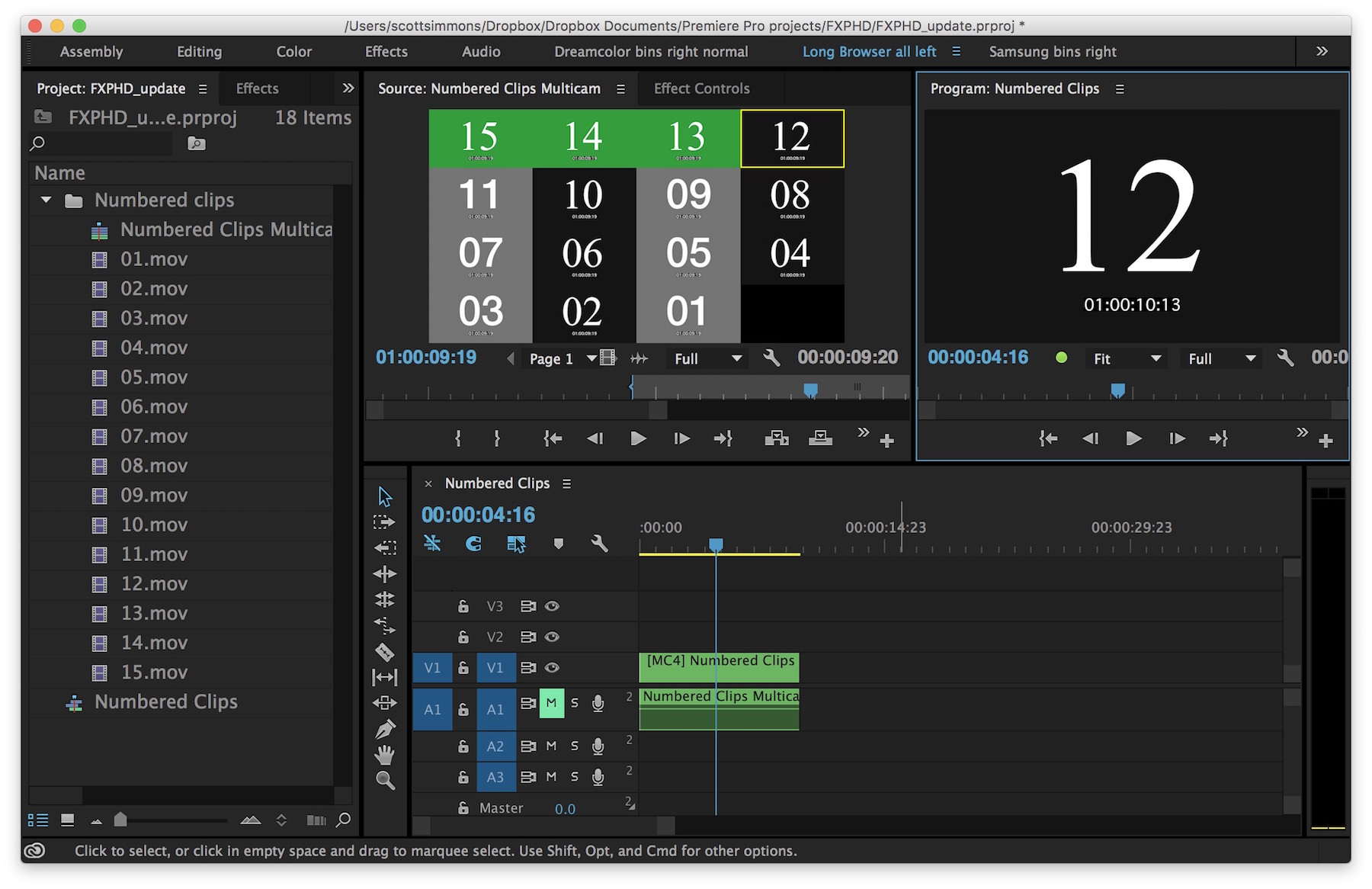 It’s nice to have a nice, big visual keyboard editor. This makes life a lot easier when mapping keys and no more overwriting a layout with the same name is saves your settings when you close the keyboard editor. 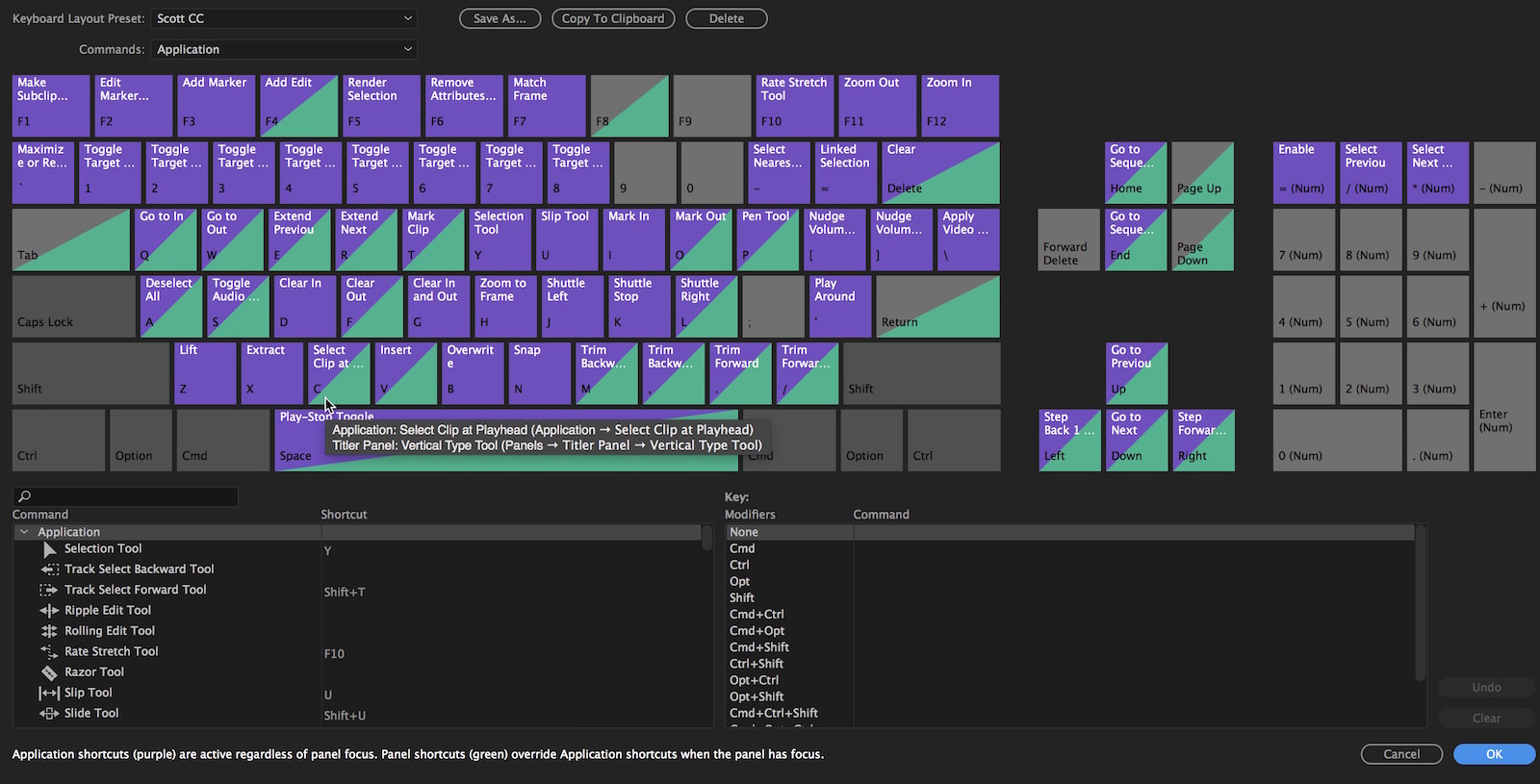 There are a lot of PPro shortcuts and they are a lot easier to map with the new Visual Keyboard Editor. 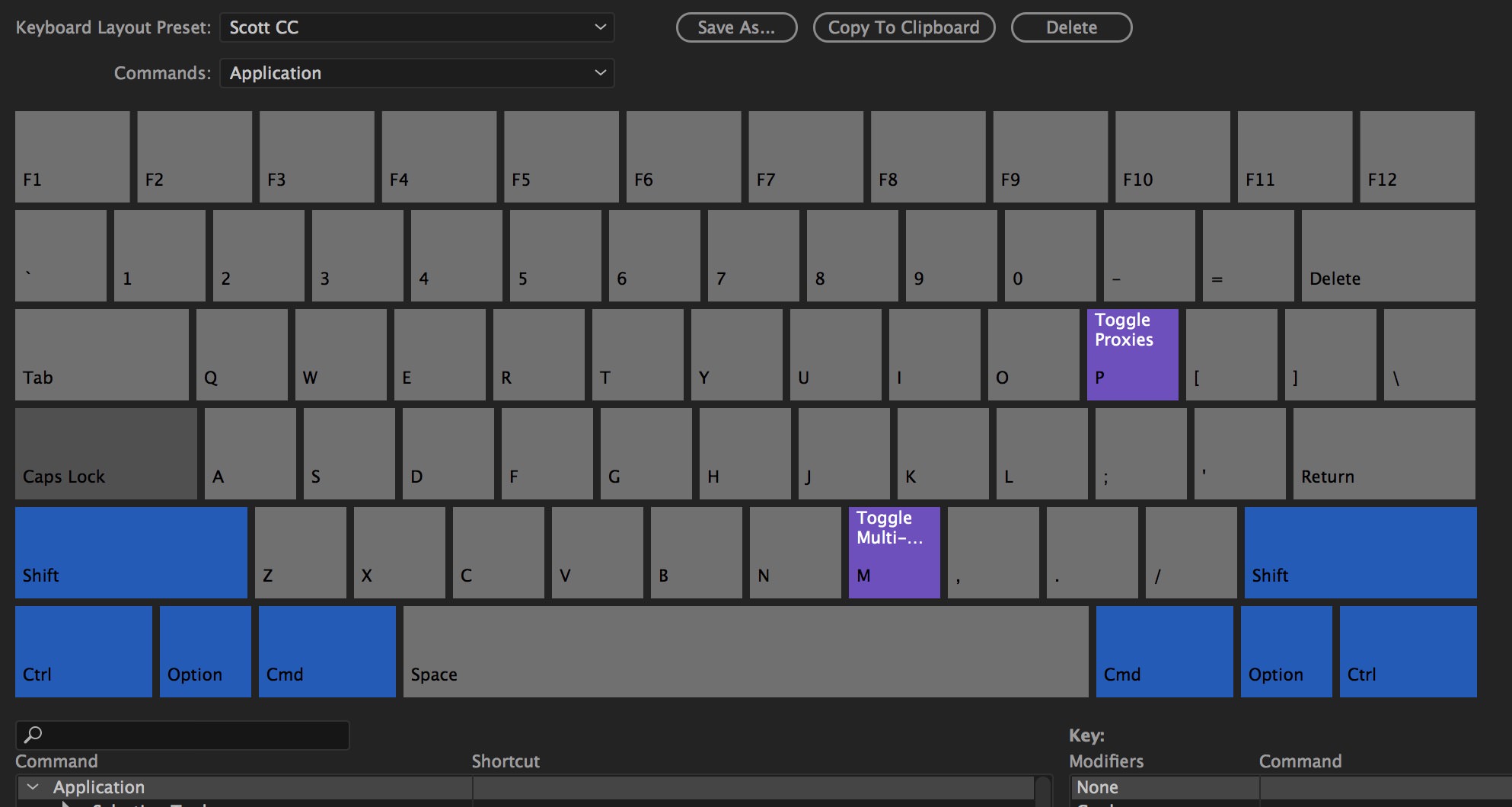 Push they keyboard keys and it’ll show you exactly what is mapped. Man … it took a lot of years to get this feature. you’re next Resolve! 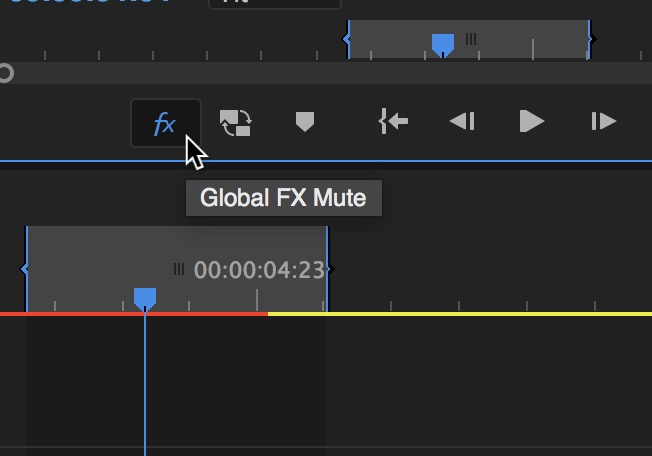 The new Global FX Mute is handy. It will “temporarily disable all non-intrinsic effects in a sequence.” That means things like Scale, Position, Rotation remain while filters will be disabled. You have to add this button from the Program monitor Button Editor or via keyboard shortcut. Note that this fx disable DOES NOT stick on output. All effect will export. 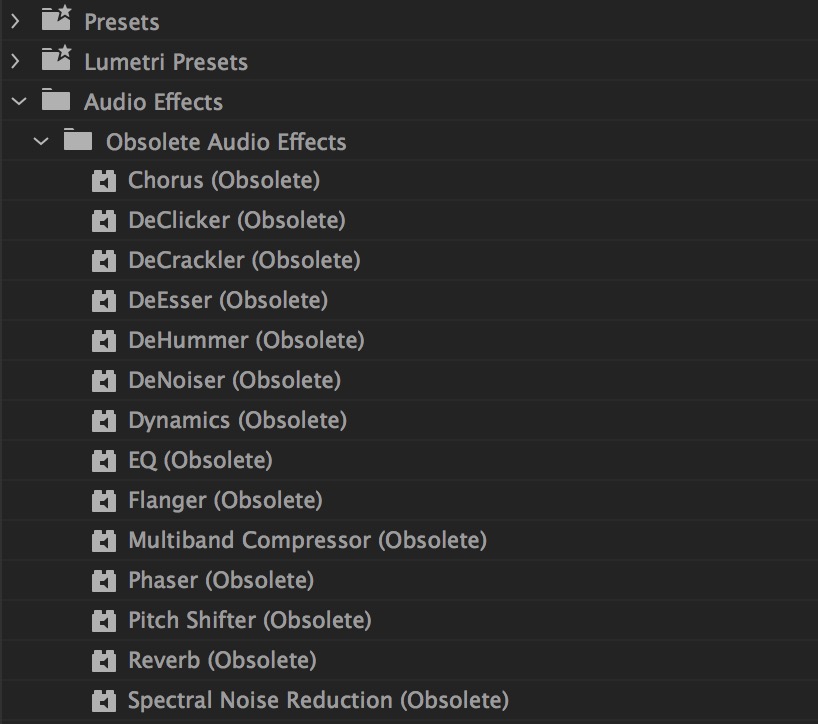 Hit the Effects tab and you’ll see a bunch of old audio effects. These have been updated with more modern effects from Audition.

If you try to apply one of those old audio effects you get a message that can apply the new one. That’s a nice reminder. 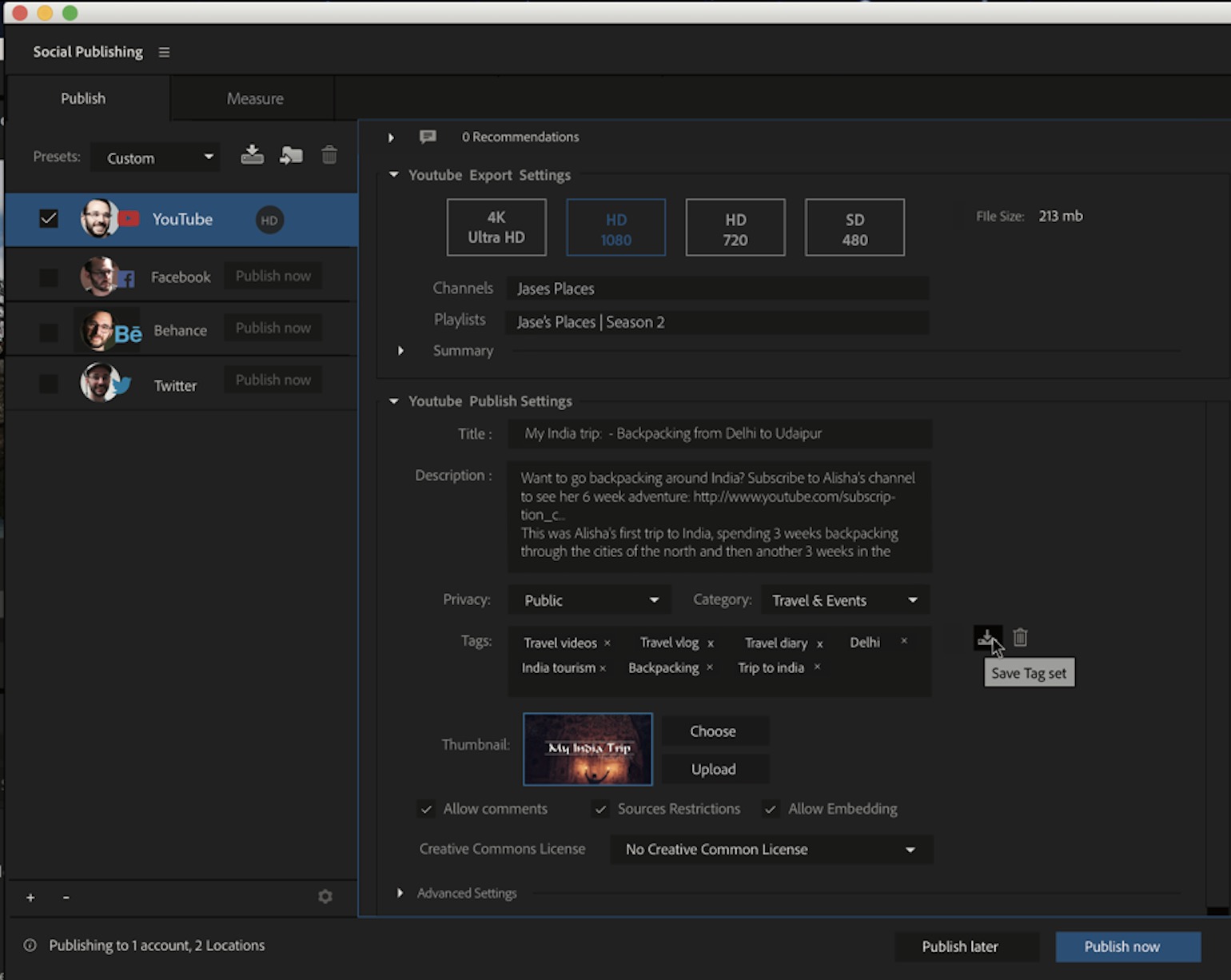 A  new social publishing pane was demoed at Adobe MAX today but is not in the new release. This will go into beta soon. It will save some steps for those social media tycoons as they export video from PPro to go to the web.

Those are a few of the things I noticed while working with Adobe Premiere Pro CC 2017 today. The Adobe blogs has more on all the new features as well. After Effects got some love and that is detailed by Adobe as well.  Want to know more about the social publishing panel? Then click here. Adobe Audition is worth looking at as well. Finally I’ll link over to the new Adobe article on Team Projects which is going into beta. This is going to be one of the more important CC features in a long time. Read what Adobe has to say so far about how to use them with the Team Projects service. I hope this reaches the individual subscriptions soon.

What’s new in After Effects: