If you have ever dreamt of owning a iOgrapher for your action camera, the time is now. Dave Basulto and team are back on Kickstarter with a new version of their invention: the iOgrapher GO. 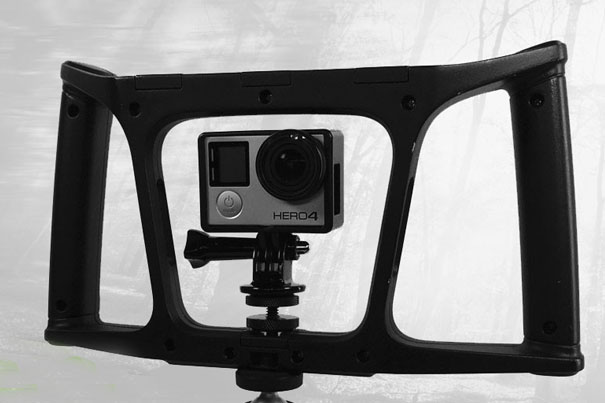 Based on popular demand, the new iOgrapher GO was designed for GoPro, Sony Action Cam, Canon Vixia Mini and the Blackmagic Micro Cinema camera. A prototype presented at NAB 2015 was enthusiastically received, so the Kickstarter campaign is now in full swing.

More than 50 backers already pledged over $15,000 from the $20,000 goal, and there are still more than 20 days to go, so the iOgrapher GO is going to be a reality, no doubt. Time to get your own. The iOgrapher GO is a steadicam rig for the GoPro and action cameras, like the Sony 4K Action Cam, Blackmagic Micro Cinema camera and the Canon Vixia Mini.

The iOgrapher GO is brand new to the iOgrapher family of products. The company is known for their filmmaking cases for iPads and iPhones, and another Kickstarter adventure, the iOgrapher Support Case for iPad Mini, in April 2013, which served as a learning ground for this return to Kickstarter.

The iOgrapher iPad Mini Mount is the first all-purpose film making case for the iPad Mini. It’s made from high grade plastic and extremely tough. Users can add 37mm lenses to its lens mount area for wide angles, fisheye look, and macro or close up lenses, and attach lighting and audio gear on its 3 accessory shoes on the top. The bottom area allows you to mount the iOgrapher iPad Mini Mount to any standard tripod, monopod, or portable dolly.

The same concept applies now to the iOgrapher GO, as Dave Basulto explains in the promotional video for the Kickstarter campaign. The iOgrapher GO is made out of a lightweight ABS Polycarbonate Plastic, and will be made in California. When your GoPro is mounted to this rig, you can then add lights, microphones and monitors to the three cold shoe mounts. The standard quarter twenty mount lets you attach the rig to any standard tripod, monopod or glide cam. 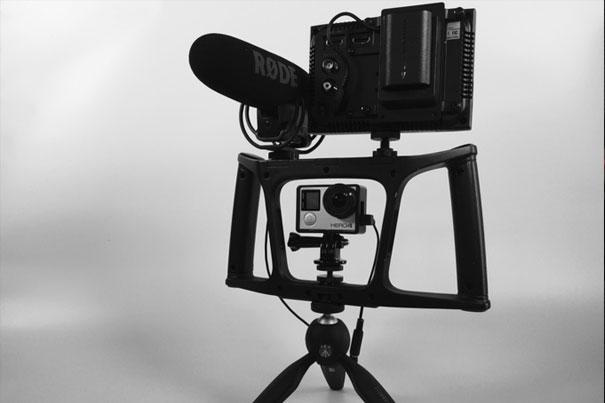 Anyone who’s tried to shoot handheld video with a GoPro knows it’s almost impossible to get steady footage. That’s where this new product comes in. The iOgrapher’s signature handles let you grip this rig for steady hand-held shooting. iOgrapher GO really kicks up your footage for a more professional shoot.

Find more about the iOgrapher GO at the Kickstarter campaign page