When Adobe Anywhere was announced it was a happy surprise to most everyone in post-production. “Real-time collaboration” between editors anywhere in the world meant that the often pesky limitation of physical location could be a thing of the past. The demos were impressive and, quite honestly, I couldn’t believe what I was seeing the first time I saw it demoed. The product shipping a few months ago I have still been seeing a lot of questions and misunderstandings about what Adobe Anywhere is and what kind of gear one would need to implement it. I sent a Q and A over to the folks at Adobe recently to ask some of those questions. 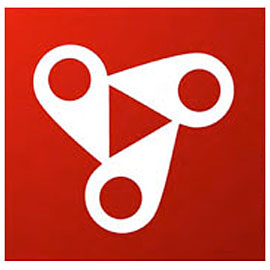 The info in this Q and A isn’t necessarily anything new. Adobe themselves have an Adobe Anywhere FAQ pretty much provides some of the same answers. But that FAQ has been up for a while and I was still seeing some of the same questions asked, some of the same misinformation being spread. I don’t think anyone was passing along false information about Adobe Anywhere on purpose, I just don’t think Adobe did a very good job of explaining exactly what kind of hardware infrastructure you need to implement this solution. The information has always been there but I think early demos and presentations were more about how the product worked and what it could do as opposed to exactly what one might need to implement it. Adobe has created a white paper (pdf link) that addresses a lot of these same questions. There’s also a couple of videos that about the product that have been online for quite a while and they are embedded below.

The bottom line is don’t expect to connect the Adobe Premiere Pro install on your iMac or MacPro (with local Thunderbolt or internal storage) with another install out in the field or a fellow editor in another state via some magic Adobe Anywhere menu setting and expect real time collaborative editing. For many that seems painfully obvious as there’s no compression technology that amazing and no bandwidth pipe that big but there are those that have that impression. You’ll have to have a pretty serious and quite expensive hardware infrastructure for Adobe Anywhere to work. But if you’re an editor within a company that has one of these systems then you might be sitting pretty for getting some editing work from a remove location.

One question not in this Q and A is what does Adobe Anywhere cost? Well if you have to ask you can’t afford it but I’ve seen numbers well into the 5 figures. There are a few numbers in this article and I’m sure Adobe would be happy to quote you a price if you’re a serious inquiry. Since the original posting Adobe responded about cost and that answer is at the bottom of the article.

Thanks to the Adobe Anywhere team for supplying the answers.

When will Adobe Anywhere launch?

Is it a separate piece of the Creative Cloud or just an element inside of Premiere Pro CC and other Adobe video apps?

Adobe Anywhere is a separate offering from Creative Cloud. It’s hosted on-premises for complete control and security. Enterprise organizations using Adobe Anywhere will need to have the latest versions of Adobe video software, such as Adobe Premiere Pro. These video applications, along with other leading Adobe creative tools, are available through Creative Cloud.

Adobe Anywhere integrates directly into the latest versions of Adobe Premiere Pro, Prelude and After Effects (Windows and Mac OS).

Are there separate costs for Adobe Anywhere or is it just a part of the Creative Cloud?

Adobe Anywhere brings virtual teams of talent together so they can efficiently shoot, log, edit and share video productions using standard open systems, networks, and processes. For collaborative workflows, you log into Adobe Anywhere, and then can use shared assets and work with others on your production team who also are using Adobe Anywhere – down the hall or even in different parts of the world.

Will an editor working on their Mac Pro with Thunderbolt storage or their PC with a fast RAID be able to Adobe Anywhere with another editor out in the field on their laptop?

Does the media for an Adobe Anywhere project need to be stored in a central location on special hardware?

Source media files used by Adobe Anywhere are kept on a storage server connected to the cluster via a high-bandwidth OS-level file system mount. Local and remote users can upload source files to the storage server and can even work on the files while upload is in progress. Once the files have finished uploading, other editors can immediately use them.

The Adobe Mercury Streaming Engine nodes provide real-time, dynamic viewing streams of Adobe Premiere Pro and Prelude sequences with GPU-accelerated effects to your team members on their individual computers. The media is streamed from its native file formats on the storage server out to the users.

And when it’s time to export from Adobe Anywhere, the Mercury Streaming Engine can generate final files from sequences and other media.

Will Adobe Anywhere also work if both editors have duplicate media stored locally?

Yes. That said, the source media files that can be shared between editors must be kept on a storage server connected to the cluster of servers on which Adobe Anywhere is installed.

Are there limitations on the type of media that can be used with Adobe Anywhere? For example, if you have a “mess” of a project with non-timecoded DSLR media, GoPro footage, some iPhone videos and a lot of still can you still expect Adobe Anywhere to be frame accurate?

Project files are the established way for editors to organize the media and other assets needed to create new content. Each editing application has its own type of project files, and the files are inherently single-user. These files can become a bottleneck when collaborating with others. They typically reside on the editor’s computer, and in order to collaborate with others, the editor must copy files, re-link media, and merge changes from multiple projects. It is also a hassle to determine who has the project file with the final version of an asset. All of these annoyances take up time that could be better used for creative work.

With Adobe Anywhere, these hassles are gone. Instead of creating project files, users create or log in to a shared production. An Adobe Anywhere production is a multi-user, multi-application replacement for project files. It provides a shared collection of folders, assets, and sequences, all of which can be edited by those working on the production. Instead of duplicating assets across multiple computers, everyone can simply use the same assets.When a user is signed in to an Adobe Anywhere server, his or her productions can be viewed in the Media Browser. Productions are visible or accessible only to the users and groups assigned to that production. Everyone who has access can see the same content. A production feels like a project, and contains a set of folders and assets organized by the users. The Media Browser always shows the group’s shared view of the content.

When you are done working, sharing your changes is easy. Adobe Anywhere examines your private view of the production and adds your changes to the shared production.

Because multiple people can be working in the same production at the same time, Adobe Anywhere provides protection against unintended conflicts or overwrites. In order to share your private changes, you must first get any updates from the shared production. This pulls all shared changes into your private view. If another person has changed the same asset you are working on, you are given the opportunity to keep the other person’s changes, your changes, or both. Once you have made your choices, you can then transfer your changes to the shared production

How does Adobe Anywhere differ from Avid Interplay and Avid Sphere?

Adobe Anywhere offers deep collaboration on projects/productions using industry-leading Adobe video apps. Additionally, Adobe Anywhere lets you stream without proxies and it has versioning & social feeds that allow users to see the latest actions on a production at any given time. It works across LAN and WAN workflows.

What are the minimum requirements for Adobe Anywhere?

UPDATE: When it comes to the question of cost, Adobe had this to say:

In the US, there is a $999 per user annual license for the Anywhere software. This doesn't include server hardware. Cost for that depends on the customer's case. Factors for that include the number of users, formats of media being edited, etc. Contact an Adobe sales rep for additional information…