Ever since the release of Final Cut Pro X there’s been a lot of discussion around FCPX’s trimming capabilities. They are quite strong with a very fluid way of trimming edits using the mouse, looping playback as well as some keyboard shortcuts. Users of Avid Media Composer have always insisted that one of Avid’s main strengths is advanced Dynamic Trimming. There’s been much debate about this and a couple of recent videos dig into Avid’s Dynamic Trimming strengths. Here’s my video contribution where, as usual, a simple idea turned into a monster.

A discussion on Final Cut Grill episode 74 asked this question: Why is Avid entrenched in reality television? Chris Fenwick, the show’s host, brought Avid editor Austin Flack on the show to talk about why Media Composer is still king of the castle when it comes to editors working in Hollywood and reality show cutting. One of those main reasons that Austin brought up was Dynamic Trimming in Avid. He even produced a video to illustrate his point.

But this debate continued with some FCPX users pointing out that FCPX can do this same type of dynamic trimming that Austin showed.

@austinflack @chrisfenwick Select edge with [ ] Ctrl E to open it Shift / or JKL to play Shift X to edit Refine with . , Same as yours ��

While that combination of keystrokes will allow some decent trimming in FCPX it's hardly as dynamic as that which you can achieve in Media Composer and it doesn't provide the many different levels of feedback. So not really the same.

I think that Avid editors can see the point that Austin was trying to make and that even though FCPX can do something similar to what Austin was illustrating it’s still nowhere close to all that Avid’s Dynamic Trimming has to offer.

Another discussion between Wes Plate and Nathan Redfield led to Wes creating his own video to illustrate the point.

@Nathan_Redfield Extend and Play Around approximate some of DT, but not the same. I really want to trim with JKL.

While that video furthered the point there’s even more that Avid Media Composer trimming can accomplish there were a few other things that I like about Avid's trimming that Wes didn't cover. Here’s my own contribution in the Dynamic Trimming in Avid vs. FCPX controversy to add to the mix. What I thought would be a quick demonstration of a few Avid Media Composer things like the trim playhead, 4-up video, slip and slide and JKL scrubbing turned into a two part screencast.

That demonstration went longer than I originally intended but I used the simple timeline and simple video clips to show both the speed and ease of Dynamic Trimming with JKL playback to make the trim. No clicking and dragging required as clicking and dragging means you don’t see your video play back. And isn’t that the point of video? To see it play back? 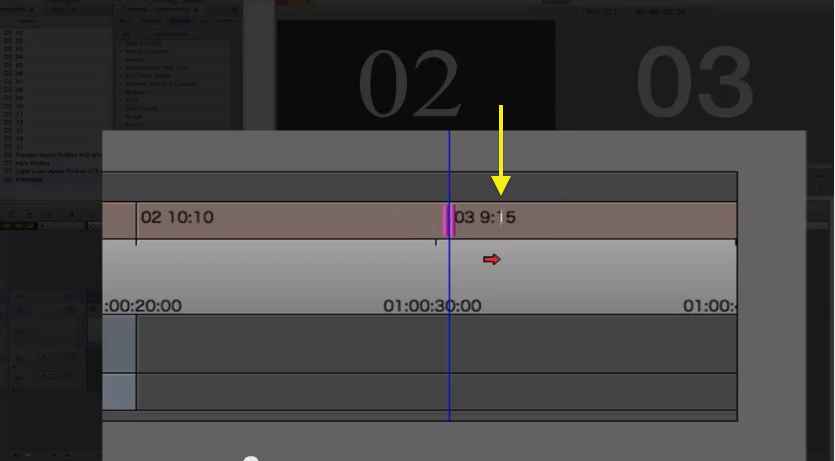 Be on the lookout in the video for the tiny trim playhead that moves in the timeline as you make a trim in Media Composer. It’s a bit hard to see in the screen capture but is a vital piece of Avid’s Trim Mode.

Between the speed with which your enter a trim, make a trim and see a ton of feedback while trimming no NLE can equal Avid’s Trim Mode, including Adobe Premiere Pro CC which has some advanced dynamic trimming of its own.

But dynamically trimming an edit point between two clips is only one part of Avid Media Composer Dynamic Trimming. There’s also the ability to SLIP and SLIDE clips dynamically with great interactivity while in trim mode. This is, IMHO, incredibly useful and takes Avid’s trimming above and beyond its competitors as not even PPro’s dynamic trimming can do this properly.

At the end of the Slip and Slide video I use some narrative footage from EditStock.com to show a number of the Avid Media Composer dynamic trimming techniques to trim up a scene. If you play the video in HD and take it full screen you can see some of the windows and tools much better. And I didn’t even touch on multi-track trimming or asymmetric trimming in Avid so there’s even more there.

I hope these videos help illustrate the power, speed, interactivity and usefulness of Avid’s Dynamic Trimming. If you’ve never used Avid Media Composer then I hope you take a close look at what seems like simple things (the JKL scrubbing of the trim, the trimming playhead) but in reality make Avid’s Trim Mode beloved by Avid editors everywhere. While I’m not saying that this feature makes Media Composer a better NLE than Final Cut Pro X (no NLE is any better than the other, they are just different) Avid’s Dynamic Trimming is a specific feature set that is far more advanced and … well … better than that of its competitors.

Though I’m sure there are those who will still disagree.

Below is Austin Fkacl’s original video:

And below is again is Wes Plate’s follow-up: