DJI buys – a stake of – Hasselblad, Lytro turns to Cinematic Virtual Reality, while rumours grow around Samsung exiting the photography market. These are some of the news from last week, digested over the weekend. 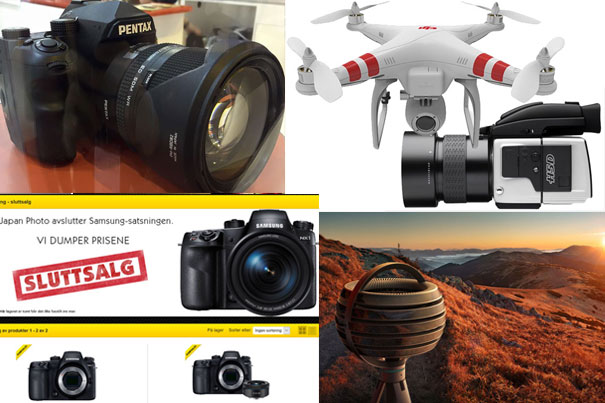 A digest of last week’s news is a selection of some of the news from week 45 related to the worlds of photography and video, covering multiple topics, always rounded up with a reading suggestion. 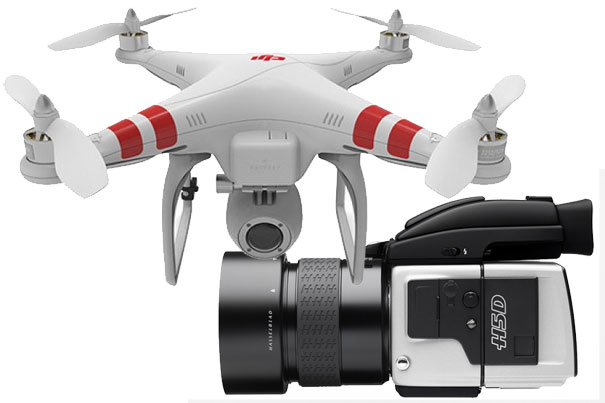 Hasselblad may have gone to the Moon, but those glory days are gone now. Still, the company aims to fly higher, and the next step may come through a corporate partnership with DJI, which just acquired a strategic minority stake in Hasselblad.

Hasselblad was used in space on several NASA missions, including the first landing on the moon and several of the Apollo missions, but also has a history of aerial photography closer to our planet, something that DJI may have an interest in exploring.

As usual when these mergers happen, CEOs from both companies mentioned how important the new relation is. “We are honored to be partnering with DJI, the clear technology and market leader in its segment,” said Perry Oosting, Hasselblad’s CEO, while Frank Wang, DJI’s Founder and CEO commented that “With this partnership, we combine our strengths to further push the borders of what’s possible in imaging technology.” 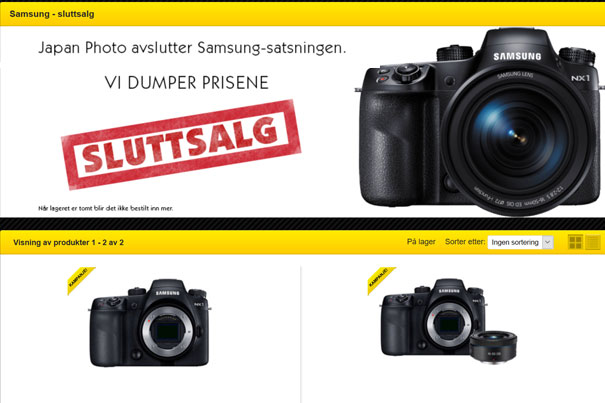 Samsung entered the photography market in 2006 stating they would be one of the top three names in the market by 2009. They did not. In 2010 they said they would be the leader in the mirrorless market soon – nope – and that in 2015 they would be bestselling camera brand overall (again, no they are not). Since February, Samsung’s photography website is “dead”. While there are no specific news, there is a suggestion on multiple online conversations that the company is going to quit the photography market, although no responsible from Samsung confirms the rumors.

Still, the cameras are vanishing from the market and in some European countries distributors have suggested Samsung is no more when it comes to cameras. Last week, an online shop in Norway, Japan Photo, indicated clearly that they’re selling their Samsung stock with a 50% discount. Why? Because they’re on “final sales” and will not restock when all cameras go. 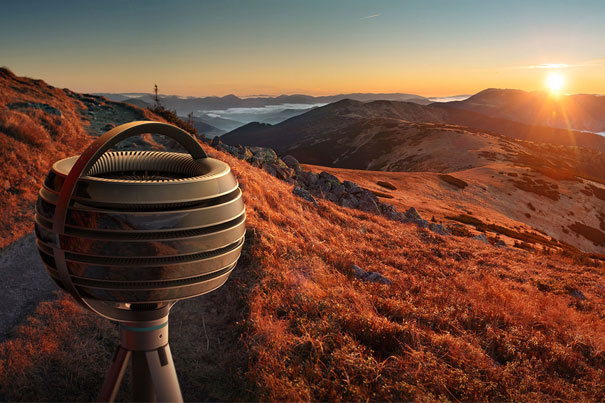 Lytro cameras were presented as a game changer in the photography world, when the concept was launched in 2006. Nothing has really changed, and that’s probably why now Lytro moves on to Cinematic Virtual Reality.

The company announced last week the launch of Lytro Immerge, which is the world’s first professional Light Field powered solution to provide lifelike presence in VR with Six Degrees of Freedom (6DoF), addressing the challenges of live action immersive storytelling. Built from the ground up to seamlessly blend live action and computer graphics (CG), it features configurable capture and playback options.

Lytro Immerge captures Light Field Volume – all the data from all directions at any location within a given volume – allowing virtual views to be generated from any point, facing any direction, with any field of view. This approach creates a breakthrough sense of presence and enables a 6DoF live action VR experience, previously only possible in CG VR experiences. Watch the video to know more about Lytro Immerge. 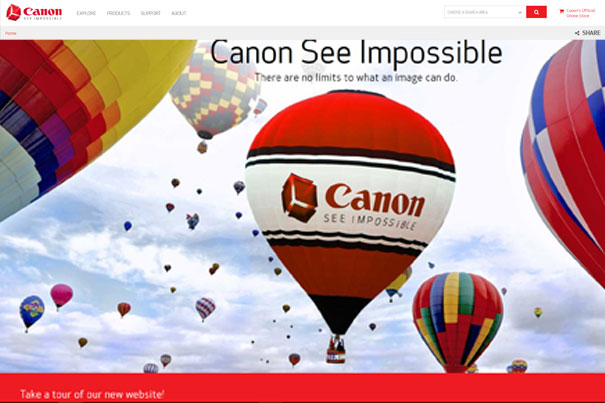 When last week visitors got a “not able to connect” when accessing Canon’s website for USA, there was a reason: there is a new website where the old one was. Following the trend that Canon already introduced on their Cinema EOS website, and a general trend of the web in terms of design, the new website looks nice… but may not be as easier friendly as the old one.

This “design over content” is not new on the web, and for users that grew used to finding stuff like drivers and manuals at Canon USA, the new look means, many times, more time lost trying to reconnect with things. The problems, though, go further than that. And for Canon they start of the way the first page resizes. The images published here show that there is no dynamic resizing of images. Very unprofessional, it seems… 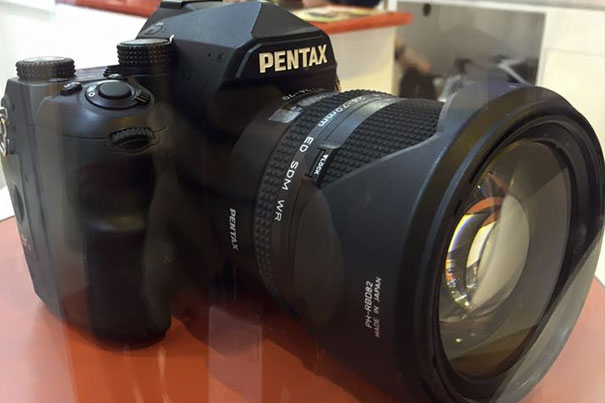 Spring 2015 is the launch date for the new Pentax DSLR, a full frame model still shrouded in mystery. But the camera was on show in Paris for the international Salon de La Photo, at the Ricoh booth.

The camera was shown before, at 2015 PhotoPlus Expo in NYC, but only briefly, as apparently it should not have been presented to the public, although still behind glass. At the Paris exhibit, still behind glass, the full frame model was one of the stars of the show in terms of the Ricoh/Pentax presence. 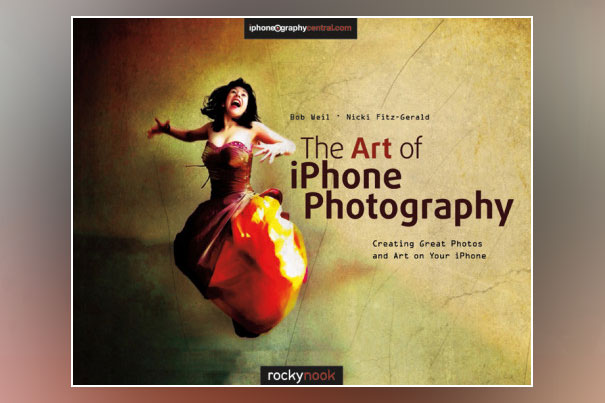 The Art of iPhone Photography

This week’s eBook takes a different direction. Book of the week at RockyNook, The Art of iPhone Photography explores how 45 of today’s best iPhonegraphers from around the world conceived, composed, and created some of their finest and best-known pieces—all in their own words. Through an understanding of the artists’ visions, creative decisions, and techniques, beginning through advanced iPhoneographers will immediately be able to apply what they learn and take their own photographic art to the next level.

The Art of iPhone Photography – Creating Great Photos and Art on Your iPhone by Bob Weil / Nicki Fitz-Gerald Always reminds us that “always at hand, and inconspicuously deployed, today’s smartphones empower us to record the world in ever newer and more personal ways. By leveraging the photo-editing applications found on the iPhone, professional and amateur photographers alike are able to create not only editorial imagery, but also creative art.”

The eBook offered as eBook Deal of the Week is not eligible for any other discounts and cannot be combined with other offers. The code IPHONE15 should be used on checkout to download the eBook for $9.99, $26 of list price. The promotion ends on the 15th of November.