Find Out How He Created the Visuals for the Worldwide Blockbuster 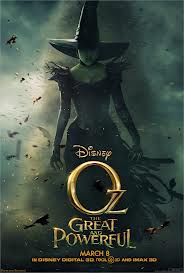 This past weekend Oz the Great and Powerful pulled in $80.3 million in North America with an additional $69.9 million in overseas revenue for a global opening of $150.2 million to make it one of the most successful March debuts of all time. Critically acclaimed by experts from across the country, many have heralded it as the box-office savior which will help turn around what have been fairly dismal numbers for 2013 so far. Both critics and audiences have responded to the amazing visuals of the movie…many of which were personally developed by cinematograher Peter Deming.

Award-winning cinematographer Peter Deming shot to the top of his field in 1987 after he and director Sam Raimi collaborated on the cult classic Evil Dead II. Last year, the duo reunited for the highly anticipated Walt Disney Studios release of Oz: The Great and Powerfulslated to hit theaters in March 2013. From horror to the slick visuals for the prequel to The Wonderful Wizard of Oz, Deming’s experience traverses a wide range of genres. Join the DP as he gives the ETE audience a sneak peek behind the scenes on the making of Oz, his many collaborations with such venerable directors as Raimi, David Lynch, David O. Russell, Wes Craven and Jay Roach, as well as his thoughts on art, creativity and technology in moviemaking and commercial production.

A Conversation with Peter Demming ASC – Part 1 from Createasphere on Vimeo.

A Conversation with Peter Demming ASC – Part 2 from Createasphere on Vimeo.

A Conversation with Peter Demming ASC – Part 3 from Createasphere on Vimeo.

A Conversation with Peter Demming ASC – Part 4 from Createasphere on Vimeo.

A Conversation with Peter Demming ASC – Part 5 from Createasphere on Vimeo.