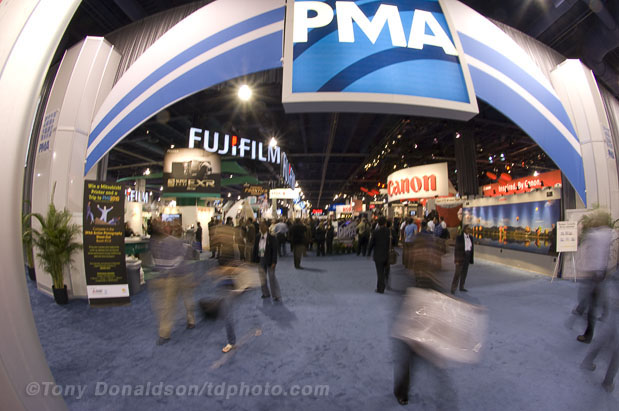 I had a couple of days open and decided to head to Las Vegas to see some of the newest photo goodies for myself. I found a huge variety of interesting stuff, from the stuff I want to the really oddball. The economy hasn’t hampered the innovation much.

I’m here in Las Vegas at the Photo Marketing Association’s 2009 show. There’s a lot of great new stuff here. I won’t be covering all of it, but I will cover some of the interesting stuff I found.

Sony had the Alpha900 at the show. It looks really amazing, though perhaps a bit slow. With Carl Zeiss lenses and a bright viewfinder, it looks and feels crisp and sharp. I played with it a little, and the focus isn’t fast or elegant like on a Canon or Nikon, but it felt solid. And Zeiss is developing some amazing lenses, up to the new 500mm, for the camera. I’d love to have more than 5 minutes to handle one.

Sony also had their new DSC-HX1, an all-in-one camera that can do a few amazing things. Not only can it shoot 1080p video as well as 9 megapixel stills, but it can also shoot 10fps, shoot bursts in low light and stack them (aligned, which I still find amazing), and do a continuous sweeping panoramic, automatically built in-camera. 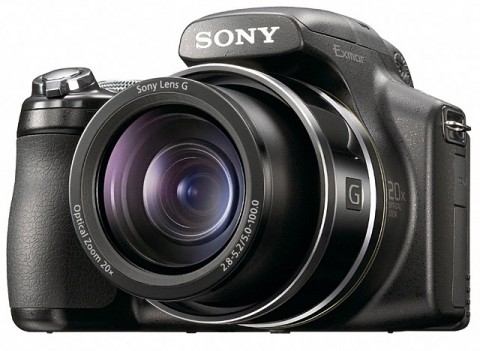 I was at the Nikon booth to ask a question or two. While I waited, the guy in front of me was talking about the new PocketWizard products and their amazing abilities with the Nikon (and others) flash system. I asked if he was with Pocketwizard, he replied that he wasn’t. Found out it was the one and only David Hobby (aka “Strobist”). We chatted for a moment and I found out he is a really nice guy. David, for those of you who do not know, has a well-known blog and is a truly great technical mind, not to mention a darn good photographer.

PocketWizard wasn’t at this show, but I’ve been talking to my friends over there, and they’re working on getting me an early set of the Nikon version of their new product so I can put it through its paces and give them a little input.

Nikon did something that seemed cool, at first. The first day of the show we wandered into the back area, it seemed open, and there was coffee, drinks and snacks, with tables and chairs. There were a ton of people relaxing back there. Seemed like a friendly thing for Nikon to do.

The second day, we walked in for a cup of joe and were grabbed by a woman from Nikon almost angrily asking if we had a meeting with someone. We inquired if that was a requirement for going back, and she informed us that it was. I know security sometimes has to be tightened, but then do it with some signs and perhaps a smile and nicely explain, don’t just angrily kick someone out. Not a very friendly attitude on behalf of Nikon. 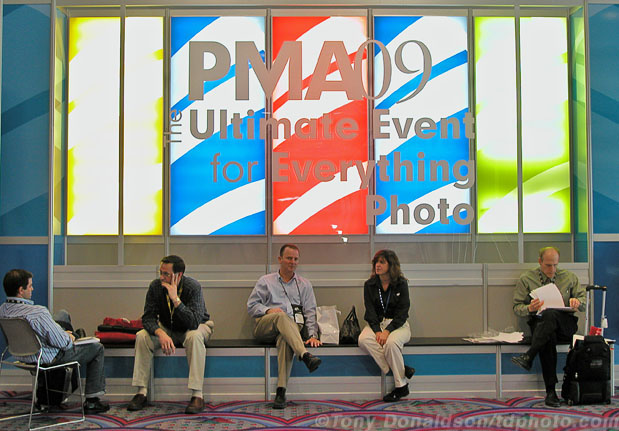 Delkin announced a brand new camera mount at the show. It has two suction cups (and will come with a handlebar mount soon for motorcycles, ATVs, roll cages, bicycles, etc.). I played with it at the show, looks pretty solid and versatile. They’re out for sale in late March and I’m hoping to get one to test soon.

Delkin also recently released the Image Router, a CompactFlash card reader with four slots, can be joined to another for the ability to dump 8 cards to the computer simultaneously. Very handy for situations where a runner is bringing cards and they need to be downloaded quickly.

For more information see the press release at delkin.com. 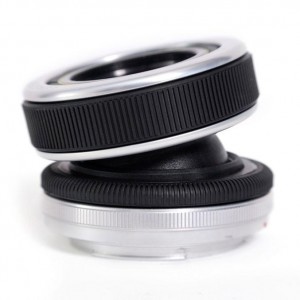 Lensbaby continues to innovate. They had their newest products, the Muse and the Composer. The Muse is very similar to the original Lensbaby, but comes with either a soft, dreamy plastic lens element or a dual-element glass optic that’s sharper. The Composer is interesting, instead of being a bellows-type, it’s just a sort of shoot-through ball head with a small helicoid focus ring. I think it’s much easier to compose a shot with the Composer, at least trying it at the show.

They also have a new .42x wide angle lens for any of their products that allows all of their 50mm lenses to be 21mm, very wide, and focus down to 2.75″. Definitely some interesting effects available by adding this onto the lens.

Pretec has a couple of amazing new cards. 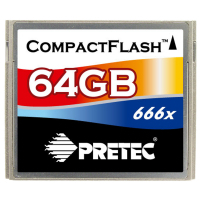 One is a 64GB card that claims to be the world’s fastest. It’s using the new CFast CompactFlash spec, faster than the maximum transfer rate of 133MB/Sec in the current CompactFlash spec. No indication of how that affects compatibility. The new Pretec 666x cards will be available in April in sizes of 4GB-64GB. The other new innovation is a 100GB card. It’s a type II (the thicker ones), and the metal body is impressive. I’m hoping to get to test these cards to see how well they perform. 100GB is a lot of eggs in one basket, but with today’s cameras pushing 25 megapixels (and the medium format stuff pushing 60+), this kind of card may help you get through those crazy, fast shoots.

There were things more oddball, as well, like Pentax’s UA-1 adapter that allows you to use your tiny point-and-shoot to a massive spotting scope. 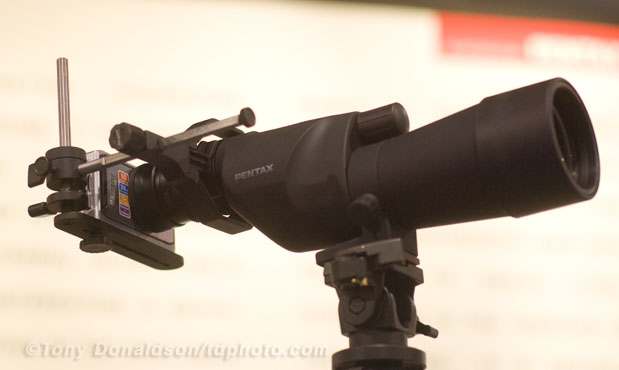 Not that it isn’t cool, it is, but crazy overkill for most.

There’s also the company that will take two of your images, a portrait and a profile of anyone, and turn it into a 3-dimensional bobblehead. Fun, silly, and I might just have to get one of my one-year-old daughter.

Another company, Facecake, will take a still image, e.g. a picture of your kids at the beach, and animate it in a digital frame. Not only will the water behind them move (the waves wash in and out!) but the kids will blink and their clothing/hair can blow in the wind and you can program the parameters of the movement. Kinda creepy on one level, but very cool at the same time. I don’t know how they do it!

There are tons of things, blogs and blogs worth, but that’s all I have time for in this one. Hope to add a few more things soon.