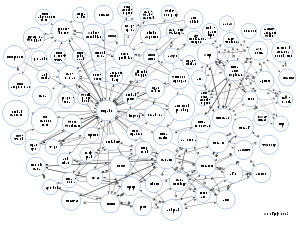 5 technologies that will change the market — Washington Technology.

2. and 3. Search and the Semantic Web

The technology started as a simple group of secure, trusted, linked data stores. Now Semantic Web technologies enable people to create data stores on the Web and then build vocabularies or write rules for handling the data. Because all the data by definition is trusted, security is often less of a problem.

The task of turning the World Wide Web into a giant dynamic database is causing a shift among traditional search engines because products such as Apture, by Apture Inc. of San Francisco, Calif., let content publishers include pop-up definitions, images or data whenever a user scrolls over a word on a Web site. The ability to categorize content in this manner could have significant implications not only for Web searches but also for corporate intranets and your desktop PC.

These types of products will continue to expand, initially in the publishing industry and then to most industries on the Web in the next two to three years.

For example, human resources sites could use them to pop up a picture and a résumé blip when a recruiter drags a mouse over an applicant’s name. Medical and financial sites such as the National Institutes of Health could use it to break down jargon and help with site exploration.

In the next three to five years, I would expect desktop operating system search engines to operate in a way that is similar to the Semantic Web and even have their search engines connect to the Web for an expanded search.