Announced as an entirely reimagined experience, the 2022 NAB Show returns as an in-person event in Las Vegas, and it’s about time to mark your calendar, as April 23 is just ten days away. 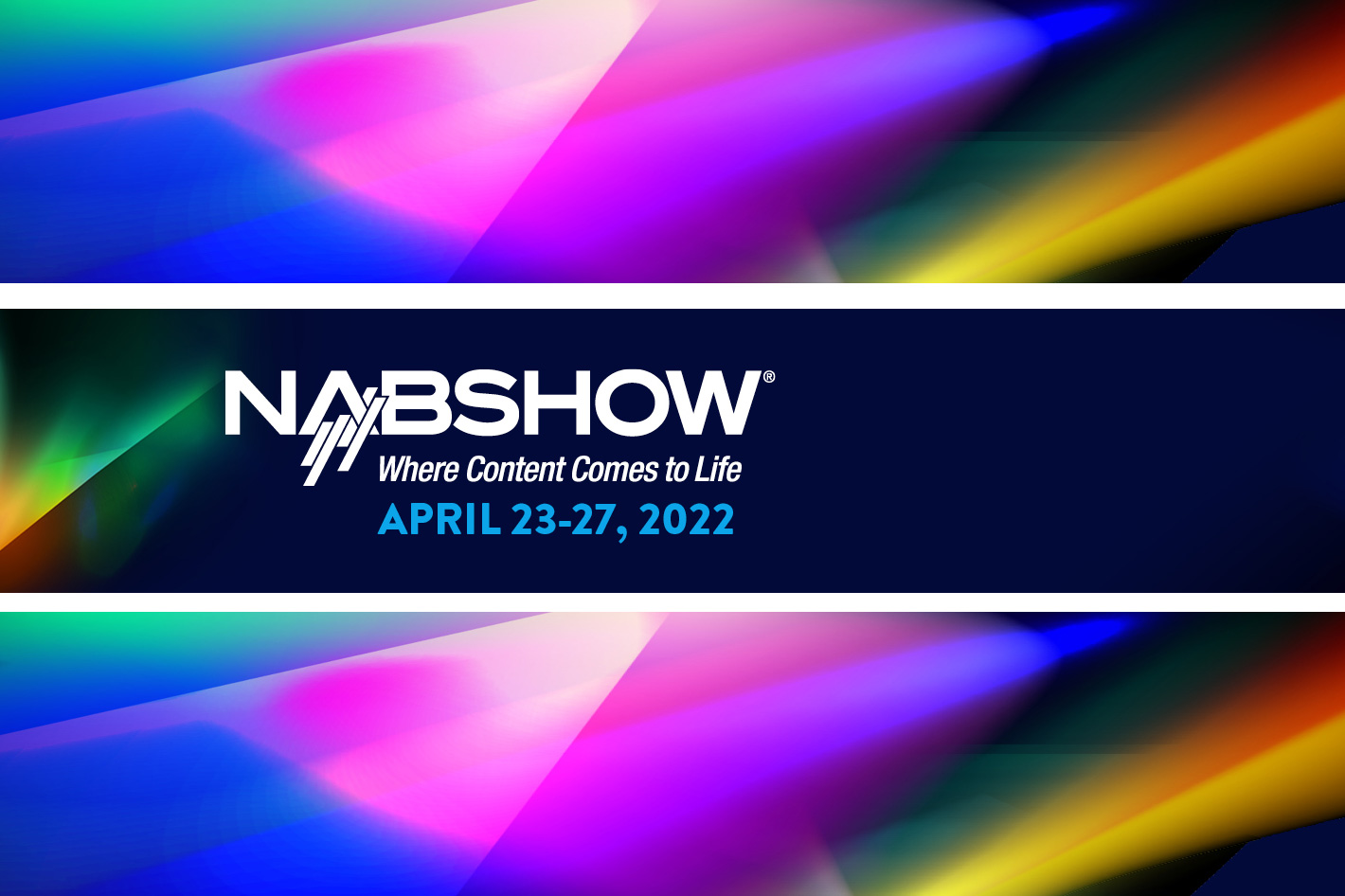 The 2022 NAB Show will explore the latest storytelling technologies and techniques, offering content creators an exclusive insight behind the most recent hit film and television productions.

After two years during which many events existed only virtually, the 2022 NAB Show promises that those who make it to Las Vegas will “experience what’s new” to add “virtually everything”. This renewed edition of the show is, according to the organizers, “an entirely reimagined experience” which starts with four carefully curated collections: CREATE, CONNECT, CAPITALIZE and INTELLIGENT CONTENT.

It does not stop there, as attendees will have more to discover: an all-new floor plan layout incorporating the West Hall and a first-time-ever Sunday show floor opening. There are also new Experiential Zones, new attractions and pavilions like The Streaming Experience and new featured destinations including Apple Studios and ARRI and Fuse Virtual Production. “We’ve got everything you could possibly imagine”, say the organizers, “and what’s well beyond the periphery of possible waiting.”

The sessions to watch at 2022 NAB Show

Here are some of the sessions to not be missed if you want to get as much as you can from this return to the show floor:

On Sunday, April 24, the session “Creative Camera Conversations: Nightmare Alley” will feature camera operators Gilles Corbeil and Doug Lavender discussing the challenges and creative solutions in making the Academy Award-nominated film. During the session, produced in partnership with Createasphere and Society of Camera Operators, Corbeil and Lavender will discuss working with filmmaker Guillermo del Toro and the unique artistic collaboration that is created on his sets.

Also on Sunday, the session “Merging Reality With Fantasy: Virtual Production & Visual Effects on HBO Max’s ‘Our Flag Means Death’” will feature a discussion on how to use modern production tools in new ways to fit any budget level. Produced in partnership with BlackMagic Design, Stargate Studios CEO and founder Sam Nicholson and visual effects supervisor Dave Van Dyke will talk about using modern virtual tools and massive, high-resolution imagery to create the most compelling story possible.

Produced in partnership with American Cinema Editors (ACE), “Good Is No Fun at All: The Making of ‘The Bad Guys’” on April 25 will take attendees on a deep dive into the just-released animated feature “The Bad Guys.” The Hollywood Reporter’s Carolyn Giardina will discuss with director Pierre Perifel and editor John Venzon the creative decisions behind their adaptation of the New York Times best-selling book series.

On April 25, “Remote Collaboration: The Making of Everything Everywhere All At Once” will explore how the creative minds behind the sci-fi action adventure overcame the challenges of the pandemic, lockdown and a far-flung roster of filmmaking talent. Editor Paul Rodgers will sit down with Meagan Keane, principal product marketing manager at Adobe Pro Video, to discuss how they created the film through cloud-based collaboration and shared technology.

NAB Show, held April 23 – 27, 2022, in Las Vegas, is the premier event for content professionals in the media, entertainment and technology ecosystem. It is the ultimate marketplace for those seeking to create superior audio and video experiences. From creation to consumption, across multiple platforms, NAB Show is where global visionaries convene to bring content to life in new and exciting ways.