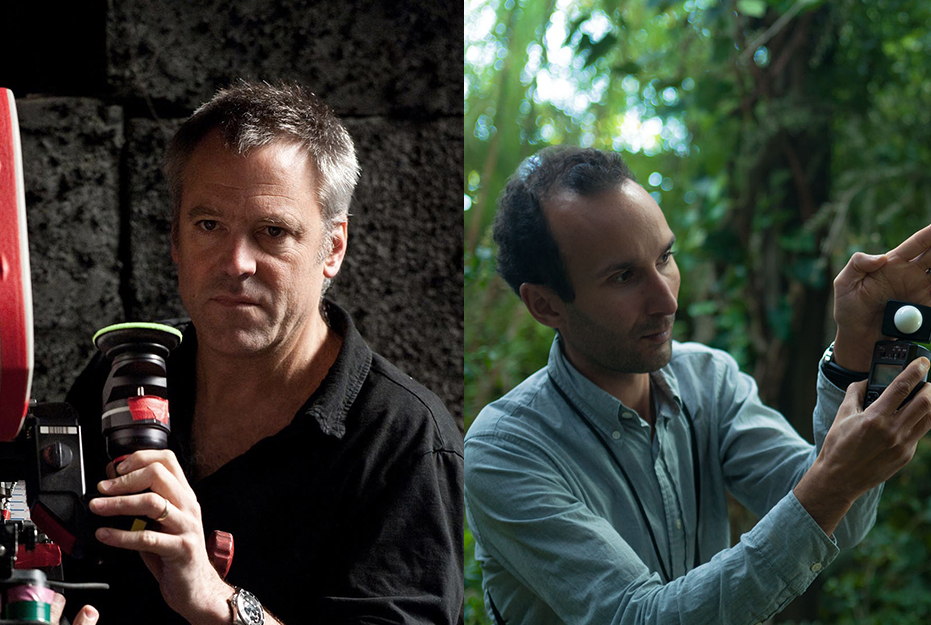 NAB Show, the world's largest annual conference and expo for professionals who create, manage and distribute entertainment across all platforms, will host Director Wally Pfister and Cinematographer Jess Hall, BSC, in the Creative Master Series keynote presentation, as they give attendees a behind-the-scenes look into the hotly anticipated sci-fi thriller “Transcendence,” starring Johnny Depp.

Pfister and Hall will delve into the creative language they developed together in pre-production, on set and in post for the eagerly anticipated film from Alcon Entertainment. Attendees will learn how these methods combined to form the final product, providing a rare inside look into what worked, what didn't, and what they learned from the experience. Produced in partnership with the International Cinematographers Guild, the session takes place on Tuesday, April 8, from 1:45 – 2:45 p.m. David Geffner, executive editor of ICG Magazine, will moderate.

“As the landscape of cinema shifts rapidly with the advent of new camera, display and production technologies, it is imperative that today's creative professionals stay on the cusp of innovation,” said NAB Executive Vice President of Conventions and Business Operations Chris Brown. “We're proud to host Wally Pfister and Jess Hall as they provide attendees with unique insight gleaned from their work on some of the most innovative films in the industry.”

About Wally Pfister (Director)
Wally Pfister is an Academy Award-winning cinematographer who makes his directorial debut on “Transcendence.”

Pfister is best known for his work alongside director Christopher Nolan, which has brought him three additional Oscar nominations and numerous other accolades. Pfister and Nolan began their famed collaboration in 1999 on the intriguing drama “Memento.” Pfister earned an Independent Spirit Award nomination for his work as a cinematographer on that film.

Pfister continued to rise to prominence as one of the industry's most respected cinematographers. He received Oscar nominations for Best Cinematography for his work on “Batman Begins,” “The Prestige” and the worldwide blockbuster “The Dark Knight,” before winning the Academy Award in the same category for “Inception.” His many other honors include BAFTA Award nominations and a number of critics groups' awards. Pfister's work can also be seen in other films, including “Insomnia,” “The Italian Job,” “Laurel Canyon,” “Moneyball” and “The Dark Knight Rises.” Films on which Pfister has served as director of photography have earned a cumulative box office total of more than four billion dollars worldwide.

Born in England, Hall studied film and fine art at London's esteemed Central Saint Martins and New York University. He began his career working on music videos and commercials with directors such as Rupert Sanders, Guy Ritchie and Ringan Ledwidge. He has also worked on various short films, including John Malkovich's “Hideous Man” and Chris Palmer's “The Boy with Chocolate Fingers.”

About NAB Show
NAB Show, held April 5-10, 2014 in Las Vegas, is the world's largest electronic media show covering filmed entertainment and the development, management and delivery of content across all mediums. With more than 93,000 attendees from 156 countries and 1,550+ exhibitors, NAB Show is the ultimate marketplace for digital media and entertainment. From creation to consumption, across multiple platforms and countless nationalities, NAB Show is home to the solutions that transcend traditional broadcasting and embrace content delivery to new screens in new ways. Complete details are available at www.nabshow.com

About NAB
The National Association of Broadcasters is the premier advocacy association for America's broadcasters. NAB advances radio and television interests in legislative, regulatory and public affairs. Through advocacy, education and innovation, NAB enables broadcasters to best serve their communities, strengthen their businesses and seize new opportunities in the digital age. Learn more at www.nab.org

About the International Cinematographers Guild
The International Cinematographers Guild (IATSE Local 600) represents more than 7,000 members who work in film, television and commercials as Directors of Photography, Camera Operators, Visual Effects Supervisors, Still Photographers, Camera Assistants, Film Loaders, all members of camera crews and Publicists. The first cinematographers union was established in New York in 1926, followed by unions in Los Angeles and Chicago, but it wasn't until 1996 that Local 600 was born as a national guild. ICG's ongoing activities include the Emerging Cinematographer Awards and the Publicists Awards Luncheon. The Guild also publishes the award-winning ICG Magazine. http://www.cameraguild.com

Alcon Entertainment presents, a Straight Up Films production, a film by Wally Pfister, “Transcendence.” The film will be distributed by Warner Bros. Pictures, a Warner Bros. Entertainment Company. The film has been rated PG-13 by the MPAA for sci-fi action and violence, some bloody images, brief strong language and sensuality. transcendencemovie.com