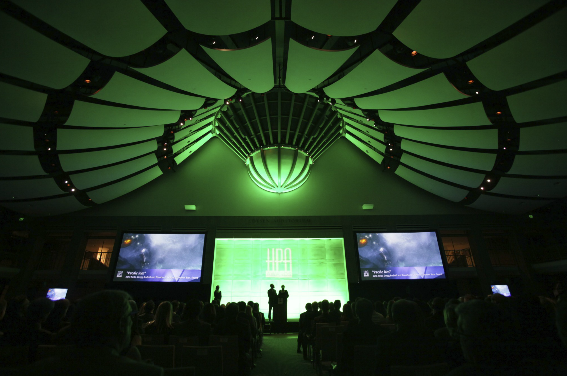 The 2013 HPA Awards took place on November 8th, celebrating talent and innovation in 12 creative categories as well as in three special honors. The HPA Awards recognize individuals and companies for outstanding contributions made in helping to create features, television programs, spots, and entertainment enjoyed around the world. Presented by the Hollywood Post Alliance – the professional organization for the post production community – the 8th Annual HPA Awards took place at the Skirball Cultural Center in Los Angeles, in front of a sold out audience of industry insiders and luminaries.

As announced earlier, Avid was honored with the prestigious Charles S. Swartz Award for Outstanding Contribution in the Field of Post Production. Avid President and CEO Louis Hernandez, Jr. accepted the Award on behalf of the company. Other special awards were presented, which included honors for Engineering Excellence, and the HPA Judges Award for Creativity and Innovation in Post Production.

A number of special awards, which had been announced earlier, were bestowed during the evening including:

Charles S. Swartz Award for Outstanding Contribution in the Field of Post Production

About the Hollywood Post Alliance®
Hollywood Post Alliance (HPA) serves the professional community of businesses and individuals who provide expertise, support, tools and the infrastructure for the creation and finishing of motion pictures, television, commercials, digital media and other dynamic media content.