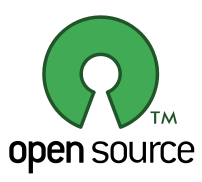 Yesterday, I was reading a BBC news article that talked about how Obama team has asked former Sun CEO Scott McNealy to prepare a paper on how Open Source can help the government IT. In that article, the President of Open Source Initiative (OSI), Michael Tiemann, is quoted as saying

while some departments already use open source technologies, overall it has been estimated that the global loss due to proprietary software is “in excess of $1 trillion a year. ……the conservative cost for the US is from ” $400 billion (290bn) and upwards.

The same argument can be applied to SaaS/Cloud Computing too. Unless we allow the market forces to play unhindered, by the lock-ins due to proprietary formats and walled gardens, there will be huge hidden costs to the customers of SaaS/Cloud Computing (due to lack of competition and monopolies). Our lack of understanding of these issues in the early days of software and the wrongful association of the term communism to open source, ensured that we had an unequal playing field that constrained the market forces, costing huge amounts of money to the users of traditional software.