Will Mercury be kryptonite for Final Cut Studio sales? 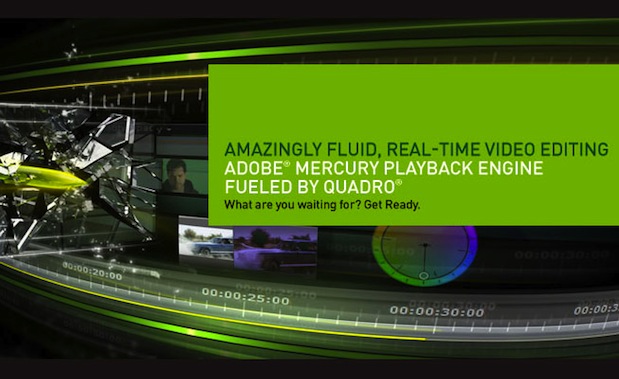 As has already been covered by Chris and Trish Meyer and other colleagues at ProVideo Coalition, Adobe’s new Mercury technology will be officially announced on April 12th, at the start of NAB 2010. Anyone who has seen a Mercury demonstration knows that it is quite impressive, and may attract a large number of Final Cut Pro users to “jump ship” and switch to CS5 when released. At the crux of the compelling features is not only that Premiere CS5 can natively edit long-GOP H.264 (i.e. raw footage from Canon 5D MKII, Canon 7D, and recent Kodak & Sanyo cameras) with real time transitions, and that of AVCHD camcorders -which also use the long-GOP H.264 códec (including very recent professional models from both Panasonic and Sony). I say “not only” because even Premiere CS4 has been able to do that. The big difference is that Premiere CS5 can do it easily and gracefully… even with several layers. especially (but not exclusively) when it has a supported GPU. As you can tell, for someone who would like to edit that raw footage natively and in real time, Adobe’s Mercury technology is potentially kryptonite for Apple’s continuing sales of Final Cut Studio. Of course, there is a possibility that Apple will shock us at NAB time with announcement of a new version of Final Cut Pro that will finally take advantage of MacOS 10.6’s (Snow Leopard’s) OpenCL-facilitating technology. That is properly spelled, and stands for Open Computing Language. It is also possible that one of the professional interface manufacturers (AJA, Blackmagic, Matrox, or MOTU) will announce a way for their hardware to assist FCP to accomplish the same via OpenCL… or some other technology.

Here is some background about OpenCL, courtesy of Wikipedia:

OpenCL (Open Computing Language) is a framework for writing programs that execute across heterogeneous platforms consisting of CPUs, GPUs, and other processors. OpenCL includes a language (based on C99) for writing kernels (functions that execute on OpenCL devices), plus APIs that are used to define and then control the platforms. OpenCL provides parallel computing using task-based and data-based parallelism. Its architecture shares a range of computational interfaces with two competitors, NVidia’s Compute Unified Device Architecture and Microsoft’s DirectCompute. 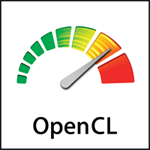 OpenCL gives any application access to the Graphical Processing Unit for non-graphical computing. The GPU had previously been available for graphical applications only. The GPU memory would be available to the operating system and or applications essentially as faster system memory than the main system memory. Thus, OpenCL extends the power of the Graphical Processing Unit beyond graphics (General-purpose computing on graphics processing units). OpenCL is analogous to the open industry standards OpenGL and OpenAL, for 3D graphics and computer audio, respectively. OpenCL is managed by the non-profit technology consortium Khronos Group.

OpenCL was initially developed by Apple Inc., which holds trademark rights, and refined into an initial proposal in collaboration with technical teams at AMD, IBM, Intel, and Nvidia. Apple submitted this initial proposal to the Khronos Group. On June 16, 2008 the Khronos Compute Working Group was formed with representatives from CPU, GPU, embedded-processor, and software companies. This group worked for five months to finish the technical details of the specification for OpenCL 1.0 by November 18, 2008. This technical specification was reviewed by the Khronos members and approved for public release on December 8, 2008.

Some readers may be asking: “What about ATI? Aren’t they involved with OpenCL too?” Well, ATI was purchased by (or merged with) AMD back in 2006. That’s why there is reference to AMD in the above paragraph, rather than to ATI.

“Snow Leopard further extends support for modern hardware with Open Computing Language (OpenCL), which lets any application tap into the vast gigaflops of GPU computing power previously available only to graphics applications. OpenCL is based on the C programming language and has been proposed as an open standard.”

Ever since the launch of MacOS 10.6 (Snow Leopard), we’ve been waiting for FCP to support OpenCL.

Fortunately, all of the professional interfaces I know for the Mac -from AJA, Blackmagic, Matrox, and MOTU- will work fine with both FCP and Adobe. There may be some new drivers released shortly after CS5 is shipped, since this is a common occurrence. That’s the good news. However, the GPU issue is much more uncertain. Fortunately, Adobe has already published its recommended GPUs for Mercury. Check out this page at Adobe, at the bottom where it says: If you’re interested in upgrading your system today, the following graphics cards are supported by the Mercury Playback Engine. I am linking to it rather than listing the cards here, since Adobe will be updating the list as new appropriate cards are released.

However, since Apple hasn’t yet a released a version of FCP that supports OpenCL, we don’t know yet which GPU cards Apple will support. Ideally, a user would want to invest in a new GPU that will continue to work with both if at all possible. Hopefully, there will be a common denominator among supported hardware. That’s why I really hope that Apple will at least announce such details around the time of NAB 2010, even if Apple chooses not to show the new version yet. Apparently, Apple’s engineers have been concentrating on the iPad, but hopefully they can take a short break just to announce their roadmap for Final Cut Pro (and Final Cut Studio in general)… as long as Apple desires to continue developing those products. If for some reason, Apple no longer plans to pursue that, the honorable thing would be to inform the public about it ASAP.

Opinions from some friends who edit with Final Cut Pro

Over the past few months, I have conversed with friends who edit with Final Cut Pro. So far, about 80% of them say that they will await patiently until Apple adds OpenCL support. The other 20% were quite open to the idea of changing. Their only concern was the issue raised above: making a significant investment in a GPU replacement without being sure that it will work Final Cut Studio, both during the transition, and as a fallback. Of course, they know that they could re-install the old GPU if necessary, but that would be an undesirable hassle.

Please participate in my survey

Obviously, my casual conversations with about 10 friends does not make a scientific survey. That’s why your are very welcome to comment below. Please state whether you are an FCP editor, and whether you would consider switching to CS5 due to Mercury’s benefits, whether you would not, and why in either case.

Get a full index of Allan T©pper’s articles and upcoming seminars and webinars at AllanTepper.com. Listen to his radio program TecnoTur, together with Rub©n Abruña, Vanessa Brown, Tanya Castañeda, and Liliana Marín, free via iTunes or at TecnoTur.us. Very soon you will also be able to hear TecnoTur in English, plus two new programs from the TecnoTur network, one in Castilian and the other in English.