Why isn’t there an “Add Description” button on the back of every digital camera?

It’s now been a week and a day since being subjected to the rash of annual April Fool’s day pranks. I wanted to wait at least a bit, so that the headline below wasn’t confused as one of those (as it would be too easy for many to believe). 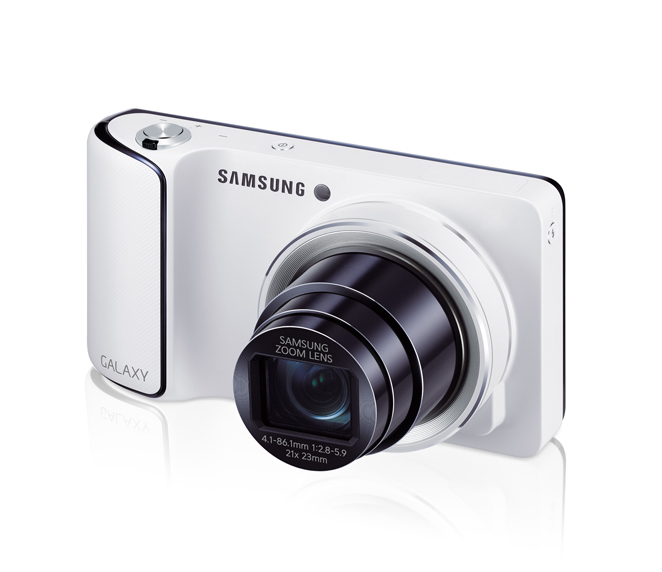 I think that most people, especially reporters, would agree that the best time to take notes about an event, is at the same time, or as shortly after the event as possible. If that is the case, then why don’t we have digital camera’s yet that give us the option to embed some basic information about the “Who, What, Where, or Why” when we take a photo?  (the when is taken care of provided you have the clock set correctly).

If we did have this option, then photos taken at events could flow into our DAM systems, and others would know what’s going on in the images by reading the caption; or at least be able to find them via a simple text search.

Given that I first raised this topic about the need to be able to add embedded metadata into digital images at the time of capture back in 2007 at the first International Photo Metadata Conference, it’s surprising that, six years later, we still haven’t seen any major camera manufacturer release such an option. It’s not rocket science, and in the past year most of the elements needed to make this possible, now exist.

There have been places within the Exif, that allow for information like GPS, or “image comments” to be stored.  Several manufacturers have had external GPS devices out since even before 2007 — they take the current GPS signal, interpret it to latitude/longitude information and push that information into the Exif metadata container milliseconds after the shutter is pressed; and before the the JPEG or RAW file is written to the memory card.

One More Piece of the Puzzle

However,  in 2010, XEquals released the BlueSLR device which created a Bluetooth link between your iOS device and a Nikon digital camera. This meant you could use your phone as a remote shutter release and/or as a means to add GPS information to your digital photos. When, in late 2011, they announced that a new version would also work with various Android smart devices it seemed like one of the last pieces of the puzzle was falling into place.

After all, if this wireless connection is open for use, then how much more work would it take to be able to use this same Bluetooth bridge to be able to add descriptive information in your smart device and then “beam” it into an image? It might be that you first have to write out the info before you shoot (rather than after), but that’s still a better situation than what we have right now.

Why Don’t We Have an “Add Description” Button Yet?

Mike Ashenfelder, at the Library of Congress wrote about topic this last year in one of his blog posts, noting that, “The encouraging news is that it shouldn’t take much technologically to simplify the process, to maybe have a button on the camera that says, ‘Add Description.’ Or a smart-phone app that has the same function. Click a button, display a Description field for the photo, type in text and you’re done.”

I followed up with a request on the photometadata blog….asking why isn't it “…possible to have some device that could be used to input information and tag it to the images I was shooting at the time of capture” and included links to the various camera manufacturers so that others could make their wishes known. I guess that others are not as enthusiastic about this option, as I’ve still not seen any announcements from the camera manufacturers in regards to this request.

In the last couple of months, I learned that John McHugh has taken us another step further along this path. The initial release of his Marksta app (for iOS) allowed you to put a visible watermark over an image taken with your iPhone, or iPod Touch camera. The latest version — Marksta 2.0 — allows you to record full IPTC and XMP metadata via a convenient template; and embed this information into the image. Of course, there are some caveats. First, you do have to manually type in the info using the tiny keypad on your smart device. Second — depending on where you upload the image and which other app(s) you may use — this embedded information could be stripped out of the final image seen by others (for more details about that, see the results of the IPTC Social Media survey that I wrote about last month).

Since Samsung released what appears to be a modified version of one of their point and shoot compact cameras joined at the hip to a smart phone, I was hoping that they would be the first to offer a solution. Alas, while you can tone and colorize your photos (ala Instagram) it appears that we still must wait for the option to add/edit basic text.

I guess that the good news is that it might be possible. If, for instance, some developer creates a Marksta-like program for Android, then you could do this with your Samsung photos after you take them. However, wouldn’t it be much more convenient if this was included as part of the camera interface? Better yet, integrate it with the voice recognition features of Android so you only have to edit your text. I’ve been using a Nexus 7 tablet for the past couple of months, and provided there isn’t too much background noise, the accuracy of the voice recognition is very good. The Samsung Galaxy Camera does have “voice control” but unfortunately, this is only to execute commands, like to “tell it to zoom in or out, set the timer, and snap the photo when you’re ready.”

Since it’s now a week after April Fools, perhaps it’s  time to ask again?  What’s holding us back? Why don’t we have the option yet to tag our photos at the time of capture?

Action Item
If you do feel the same as I do, go to the PhotoMetadata blog post, find your camera manufacturer, and let them know you’d like to be able to add captions and other info to your digital photos at the time of capture! (If yours is not listed, and you find a link, please feel free to include that to the comments here, or on that post).

If you have questions or comments, please feel free to add those in the comments below, or in a note to the Dam Coalition, or my Twitter account.