It’s 2013, and Second Screen is all around us, touted as the Next Big Thing. All of the major broadcast networks seem to have some sort of second screen sync app now, by which you can get “extra” content on your smartphone or tablet while you’re watching your favorite shows. CBS, Fox, ABC, NBC, SyFy, AMC… Sounds pretty cool, right? 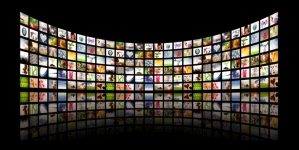 But try out one of these apps, and it becomes apparent that they’re a solution in search of a problem. It seems like the main uses seem to be leveraging social media (JOIN THE CONVERSATION!), polls, trivia, links to actors’ IMDB pages, and, puzzlingly, behind-the-scenes videos (am I supposed to pause the main screen while I watch these?) 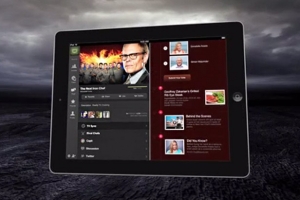 Who actually uses these apps once they’ve tried them out? Nobody is revealing actual numbers, although the metrics that do leak out aren’t all that great. A recent second screen initiative for The Next Iron Chef: Redemption was only used by a maximum of 3,000 people each week for eight weeks, according to Channing Dawson, a senior advisor of Scripps Networks Interactive.

Could this be because the content is…just not that fun? At present, there’s plenty of awesome syncing and transmedia technology out there, providing fresh, pristine canvases on which to paint, but everybody’s struggling with not only what to paint on them, but how to effectively go about developing the paint itself. According to Sherry Brennan, senior vice president of sales strategy and development for Fox Networks, “We're all convinced that second screen is here to stay…The question is, what do you do on second screens? What do consumers want there? That's what's evolving.”

Whether it’s a sync’d second screen, character twitter accounts, or phone numbers that show up on screen, these transmedia channels and all their narrative opportunities often seem to be squandered on delivering extraneous (boring) content at best, and marketing hooks at worst. If a viewer has taken the extra steps to find this transmedia content, give them something great. They’re in the palm of your hand…don’t lose them.

This is where an Experience Designer can help. 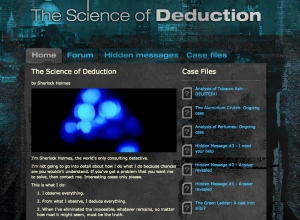 What if, instead of trivia or polls or “crummy commercials,” the current digital landscape was used to actually deliver story content? A character on the “main” screen sends a text message…you get that message on your phone. A website or blog is mentioned…you enter the URL and it actually exists. A phone number appears on onscreen caller ID, and you call it…a character actually answers and talks to you. A character makes a phone call…you see and hear the other end of the conversation in sync on your second screen.

Cool? You bet. Gimmicky? Maybe…at first. But the vocabulary of effectively using these transmedia channels for storytelling is still nascent, and it’s up to an Experience Designer working with a writer and/or showrunner (as early in the development process as possible) to take a look at the story and current technology, and then bake in the transmedia elements in an accessible and organic way that builds a truly unique and effective connected experience…

…an experience that draws the audience deeper into the story, as opposed to distracting them out of it.

Granted, it’s a challenging transitional time, in that you can’t count on your audience having an app or finding this additional content. As a result, there’s a reasonable resistance to putting “mission critical” content anywhere but the main screen. But that shouldn’t stop us from using these new channels to provide a richer, deeper, better experience for those that use them. 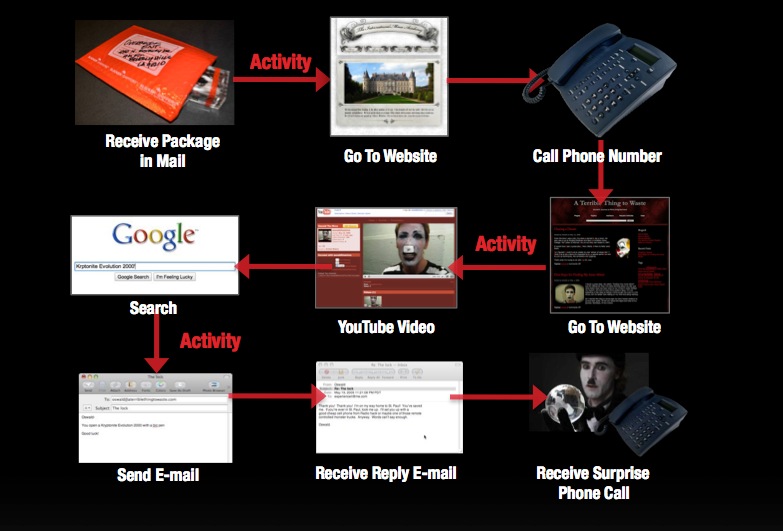 Additionally, the Experience Designer and a Transmedia Producer can coordinate with all different stakeholder departments (who many times have never even met each other) to make sure it all gets built correctly and effectively.

But, it’s not just TV that can benefit. Films, events, and even live theater can create truly engaging ways to tell stories beyond just the “main” stage. Why can’t the story begin with an email the moment you buy your ticket online? Why can’t the film’s sequel begin with a text message on the drive home from the theater?

My prediction is that soon, a mainstream property is going to get it right in a game-changing way. A story is going to emerge that actually requires the transmedia content, and their audience is going to get used to having the story that way. Once that happens, programming will evolve, and fast.

At that point, those who aren’t working with Experience Designers to utilize these new technologies may find themselves like those who continued to make buggy whips while the Model T Fords were rolling off the assembly lines: Left in the dust.