Google‘s international dominance in the search market is finally being challenged by new start-up engines and the rise of real-time search. Media Week finds out if anyone is capable of shaking Google’s foundations. 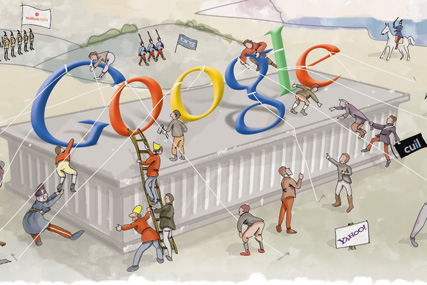 For a company that handled a decisive 90.58% of all UK search volumes for the four weeks to 27 June (source: Hitwise), Google has a remarkable number of competitors.

From recent market entrants such as Bing, Cuil and Wolfram Alpha to the increasingly credible threat from a flood of real-time search engines, any number of would-be predators circle the search giant, waiting for a gap to emerge in its defences.

In fact, the level of activity in search has been so high in recent months, that many have concluded we must be on the brink of a genuine shift. Well, are we? Quite possibly, although it’s unlikely Google will be left behind in all the excitement.

For some years, new concepts in search have been routinely dressed up as Google killers, from the ongoing evolution of the semantic web and mobile search to the rise of Twitter and real-time search. Somewhere among these developments, search experts suspect, is the kernel of a concept that could turn the whole game around.

That notion, combined with a spate of high-profile search engine launches in the past few months and a rare revenue dip for Google in Q1 2009, has fuelled a faint conviction that Google might somehow be slipping.