Power-Packed Lineup at Preeminent Technology Event Focuses Beyond the Horizon

It’s coming up to that time of year again when I attend what can best be called the “TED Talks” of the post-production world. The Hollywood Post Alliance holds their annual Tech Retreat in Indian Wells, California every February. With over 45 sessions, a demo room, and 75 breakfast “roundtables” I can’t help but walk away from these with much clearer insights into existing and upcoming technologies and the changes taking place in our market.

For 20 years, the Tech Retreat has proven to be a bellwether event where groundbreaking ideas are born and industry-changing technologies unveiled. From drones and UHD, the cloud and cyber security, to maintaining creative intent while exploring the next iteration of broadcast standards – if it’s being thought about, it will be discussed, debated, and perhaps even refuted at the Tech Retreat.

I will attempt to relay as much as possible via PVC during the retreat, but you really should plan to attend yourself. Hope to see you there February 9-13th. 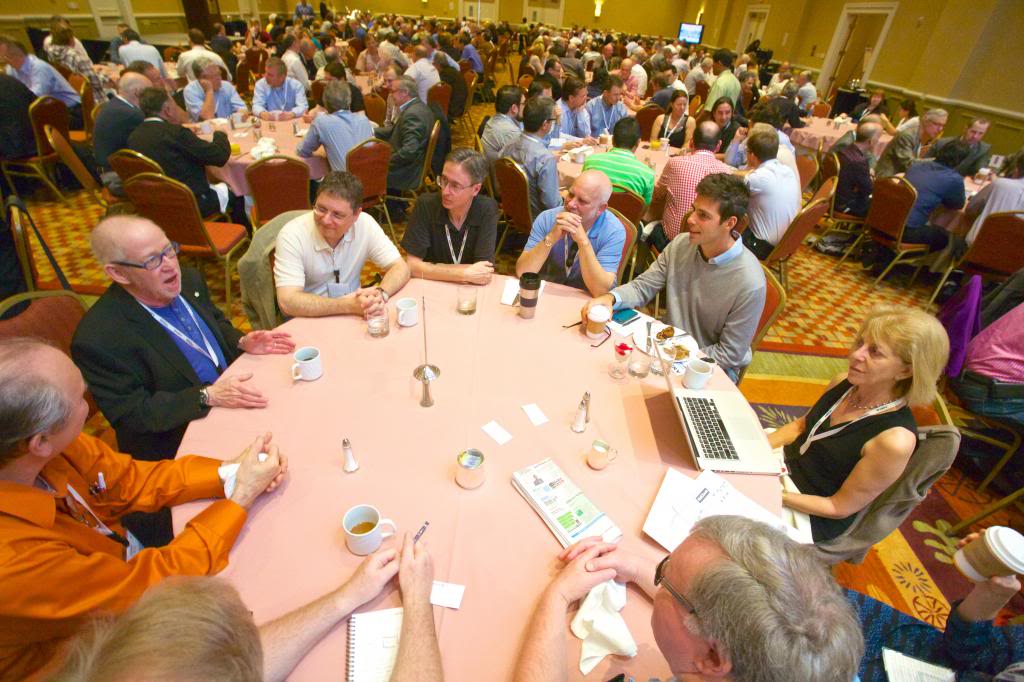 Breakfast Roundtable with our own Adam Wilt in attendance