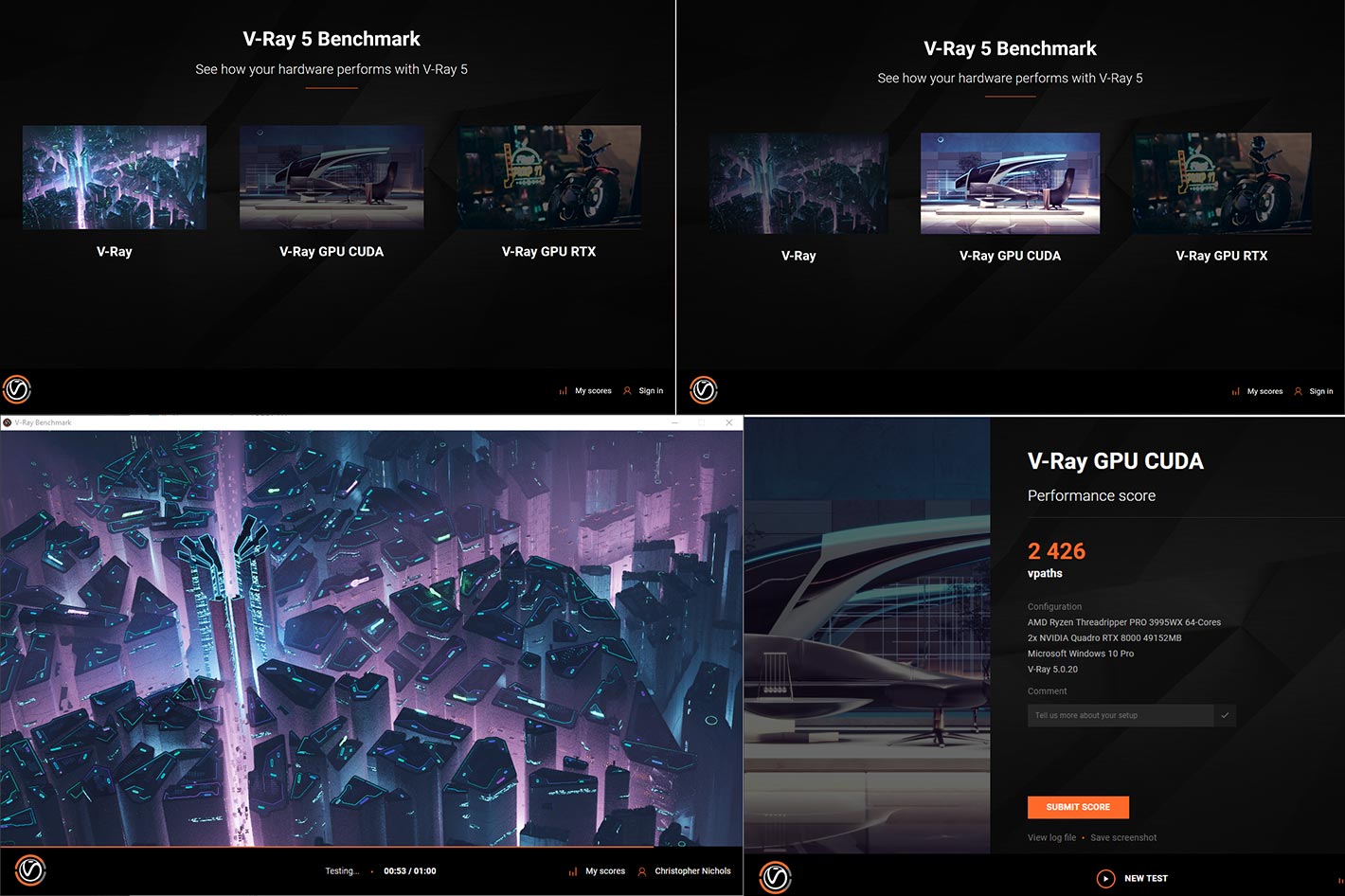 Quickly test rendering speeds on any combination of CPUs and GPUs with the new and free V-Ray 5 Benchmark, a free standalone application from Chaos Group.

Since its introduction, V-Ray Benchmark has become a standard for new hardware testing, helping countless users and journalists assess the rendering performance of new laptops, workstations, graphics cards and more. It is also the go tool if you want to check the power of your new system. With V-Ray 5 Benchmark, now available from Chaos Group, users can access its biggest update yet, making it easier to evaluate the latest technology against one of the most popular renderers in the world. 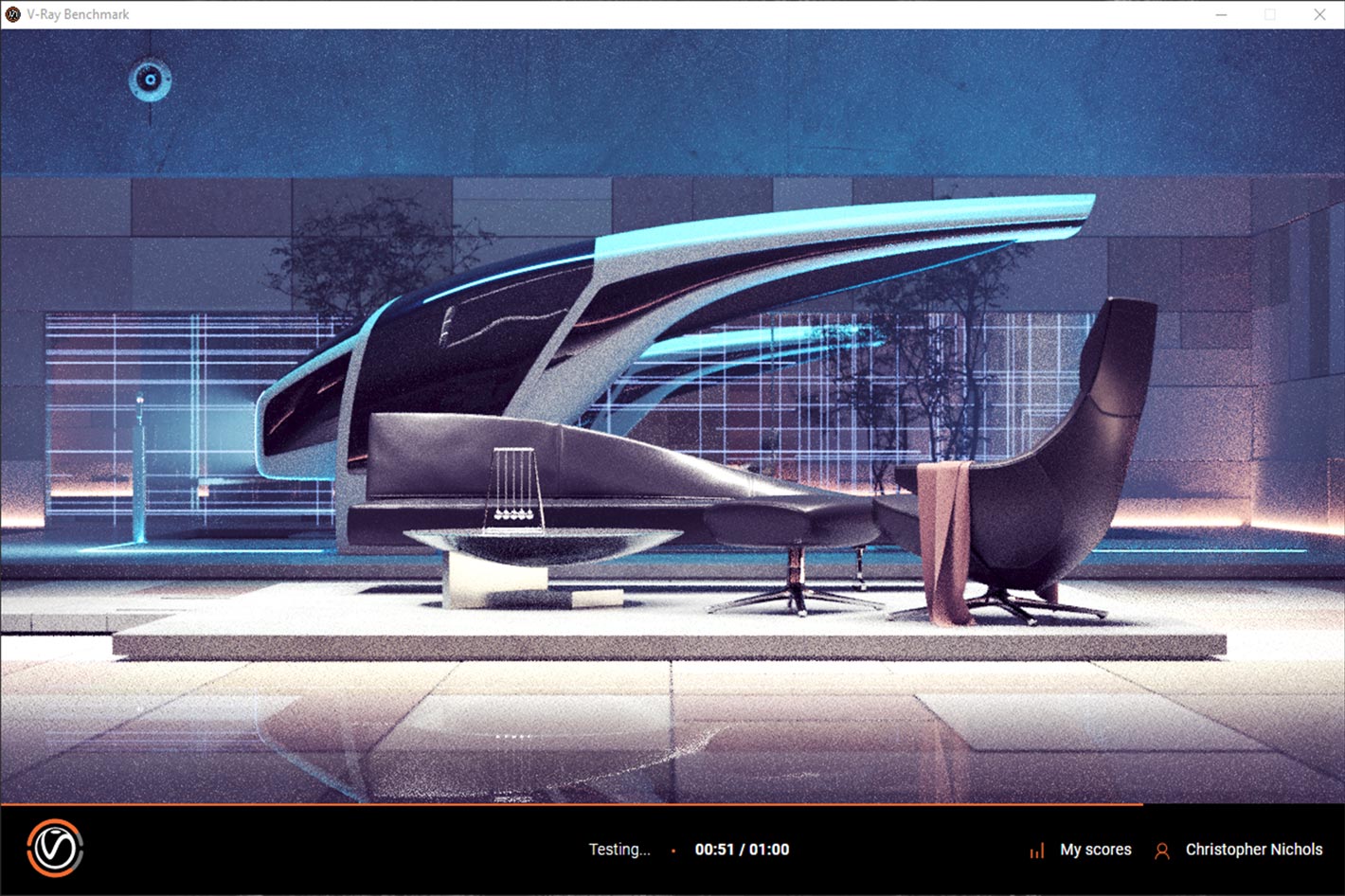 Here is a list from Chaos Group showing the new features available in V-Ray 5 Benchmark: 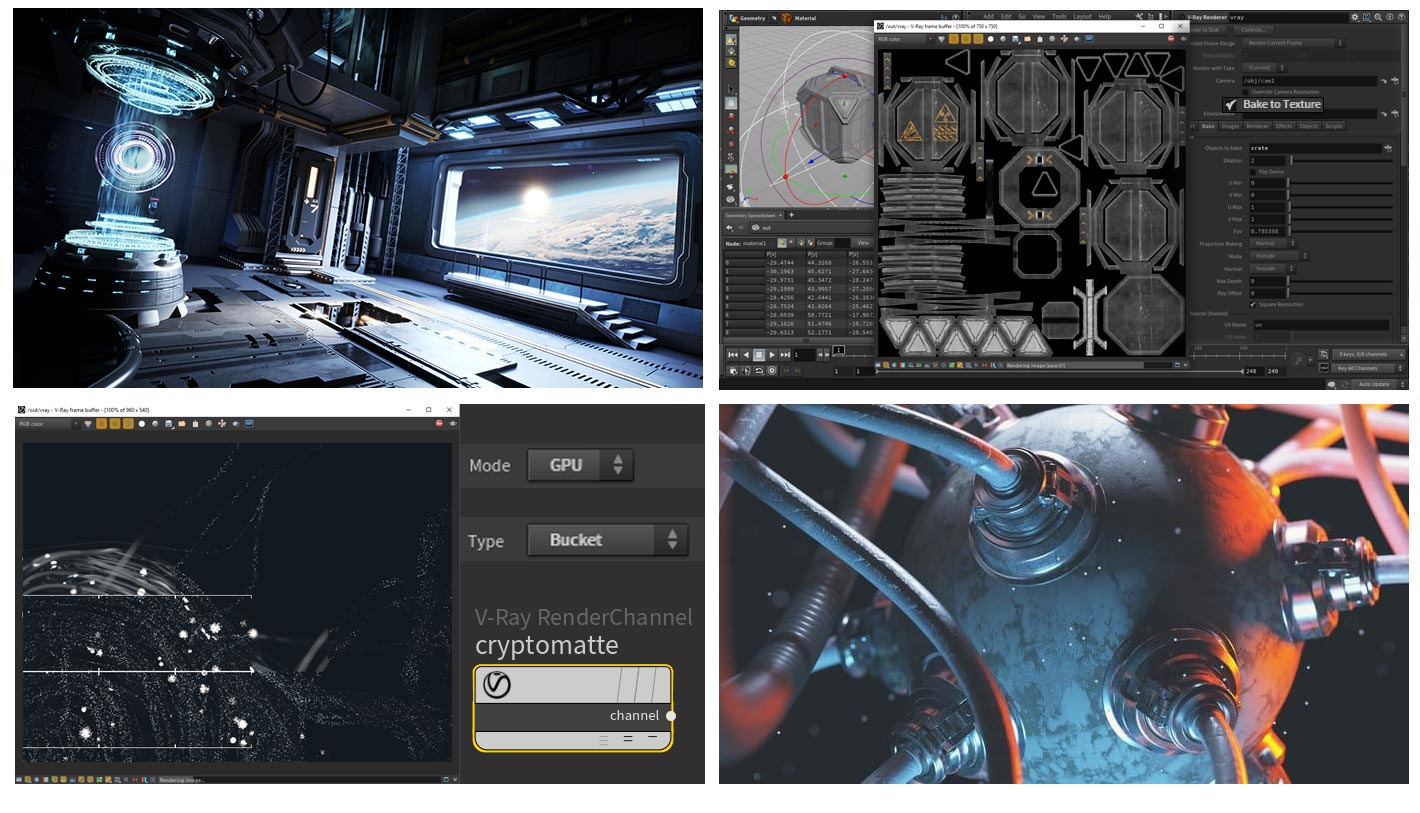 V-Ray for Houdini and SketchUp

Chaos Group’s portfolio includes V-Ray versions for apps as Unreal Engine, Houdini, Maya, 3DS Max or Cinema 4D. Earlier this month Chaos Group released V-Ray 5 for SketchUp, a new update that connects real-time and photorealistic rendering into a single workflow. With the introduction of V-Ray Vision, users will now be able to see a real-time representation of their current scene, helping them make faster decisions before moving on to full photorealism with V-Ray’s final renderer.

“V-Ray Vision is going to transform how designers work in SketchUp, bringing an always-on real-time view of every project,” said Phillip Miller, VP of product management at Chaos Group. “When real-time is always available, you can understand your design more fully as you craft it, add detailed entourage without burdening the system and know that all your lights and materials are ready for V-Ray photorealism when you need it. It’s a complete visualization solution from start to finish.”

Last July the company introduced V-Ray for Houdini, a production-proven renderer built for high-end VFX and animation projects. With the app artists can assemble their scenes in a procedural environment, using V-Ray for Houdini for even more control. Able to handle the most demanding pipelines, V-Ray for Houdini is production ready thanks to Ingenuity Studios, who have been using it since 2017 to create high-profile pieces for Billie Eilish and The Walking Dead. 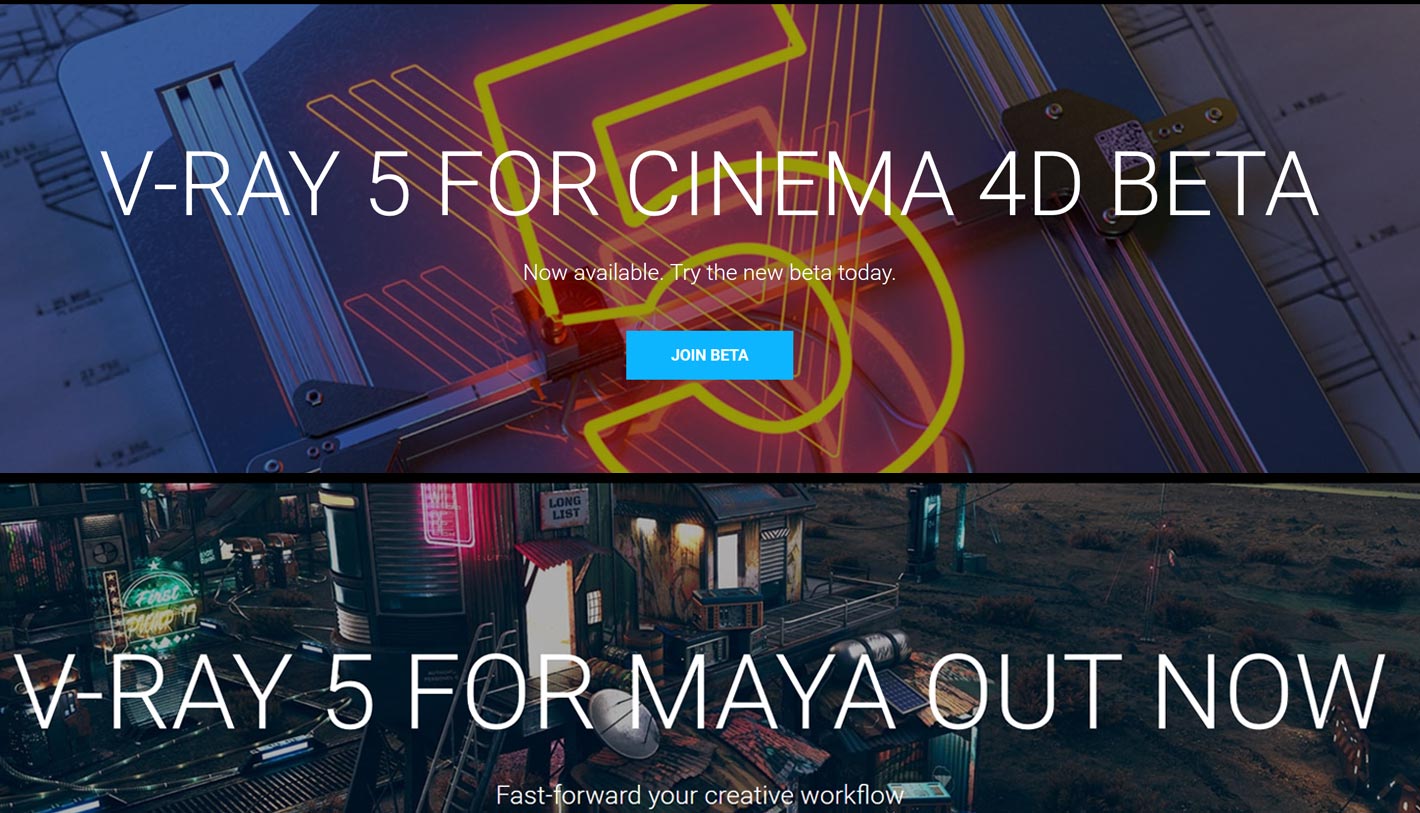 V-Ray 5 for Houdini and Cinema 4D is in beta

Chaos Group is now actively testing V-Ray 5 for Houdini, which is in beta. V-Ray 5 brings, says the company, a redesigned V-Ray Frame Buffer to Houdini with tools for basic compositing. The new, streamlined UI, ACEScg color space implementation and Light Path Expressions speed up your rendering and optimize your workflow for faster results.  V-Ray 5 for Cinema 4D is also in beta. Now with built-in compositing, interactive light mixing, dozens of new features and more,V-Ray 5 is a whole new rendering experience that’s coming soon to Cinema 4D, says the company.