It’s time once again for a little roundup of Useful Tools for Editors. This is the second one I’ve done since moving this category of posts back home to the Editblog. Today we’ll see a new book about Avid Media Composer, a handy tool to get clips out of Final Cut Pro X, a mask plugin for FCPX, a YouTube downloader and some cool dust particles for all your compositing needs.

MotionVFX has been around forever selling and blogging for all of an editor’s m needs. They were the “original home of Apple Motion templates” but probably wisely branched out beyond that market as they now develop plug-ins, effects and software. They have a bit of an emphasis on FCPX but there are tools for other NLEs and FX applications as well. One of those products is called mDust. What is mDust? It’s “a collection of 100 high quality Royalty Free organic 2K dust elements designed to be used within any compositing or non-linear editing software supporting blend or composite mode.” I’m not sure if there were any other dust packages available before mDust but I wasn’t aware of any and mDust just looks cool.

You may have heard of mDust not because you needed dust elements to composite but because there was a bit of a brouhaha a few weeks ago as another company apparently used some of the MotionVFX mDusts elements in their own dust package that they were selling. It’s an interesting, and also cautionary, tale that MotionVFX outlined in a blog post. It’s worth a read for sure.

The new Avid Media Composer 6.x Cookbook by Ben Hershleder isn’t an application or a plugin but rather a new book that includes “over 160 highly effective and practical recipes to help beginning and intermediate users get the most form Avid Media Composer 6 editing.” That’s a mouthful but there are a lot of good tips in here that most any editor will find useful. 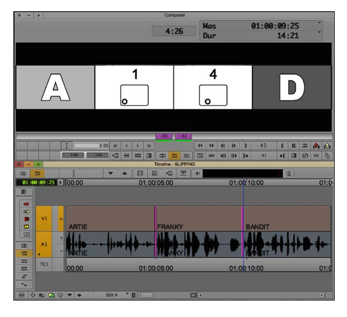 There are a lot of helpful illustrations in the Avid Media Composer 6.x Cookbook

Ben is a longtime Avid editor and I’ve seen his name pop up over the years on forums and mailing lists. His book isn’t just a rewriting of the Media Composer manual but rather has chapter titles like Polishing Gems, Maintaining and Regaining Sync and Editing with Group Clips and MultiCamera Mode. There’s some good stuff in there. You can get the book in both paperback and electronic form. Prices begin at $49.99 for the dead-tree version and head down to (currently) $16.19 for Kindle. Head over to Ben’s site as he has a list of all the places the book is available. 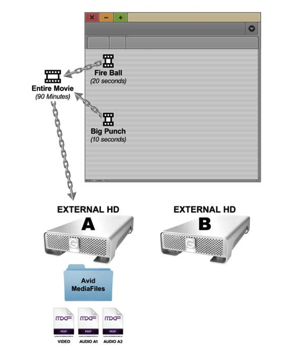 It’s not all timeline-based either as there are some helpful things to help editors better understand Media Composer’s media management.

There’s quite a few video playing apps available for iOS but CinePlay is worth taking note of as it comes from Digital Rebellion, the developer of some must-have support tools for our NLEs. Pro Maintenance Tools or Pro Media Tools are two products that have found a place in many an editor’s toolbox so CinePlay might feel right at home on your iPad or iPhone.

Just read the features and you can see it’s a well thought out app:

CinePlay is $9.99 and available on the iTunes App Store.

As much as Final Cut Pro X is often touted as an all-in-one solution there are times when it would be nice to export elements into other applications, like vfx applications. ClipExporter for Final Cut Pro X is for moving clips and edits to things like Nuke, Syntheyes or After Effects. From that description you might expect ClipExporter to be expensive but it’s actually free and open source. 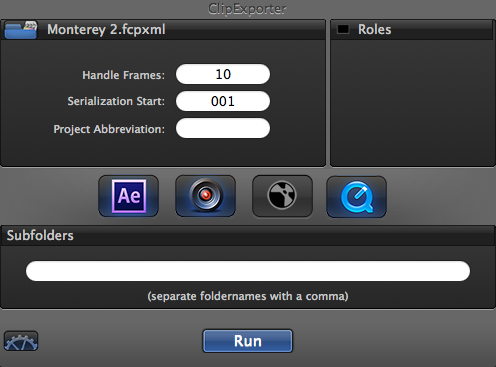 The interface is simple. Click the little gear icon in the lower left for more preferences.

While the Nuke and Syntheyes support won’t be needed by everyone I can certainly see the After Effects support as being one of the most useful things to come along in a while, especially since FCPX still doesn’t have a Send to Motion feature for sending an edit or a piece of an edit to Apple’s own motion graphics application. I haven’t tried ClipExporter as of yet so be sure an give all the documentation a read on the ClipExporter website. There’s a specific section for the After Effects support.

In the ever sketchy world of downloading YouTube videos there are solutions that seem to come and go. MPEG Streamclip has been able to do this for a while but when I tried with their latest version a few weeks ago it wouldn’t work. The other day I came across MacX YouTube Downloader. We have all had the client request to grab a piece of video off of YouTube and while probably not entirely legal it’s often the only option you’re given. YouTube downloading seems to be a cat and mouse gave in that a solution will work for a while until YouTube breaks it. Who knows how long MacX YouTube Downloader will work (with a name like that I’m betting not forever) but it has worked so if you need to get something off YouTube then this could be one option. Just remember it’s probably not legal so there ya go. 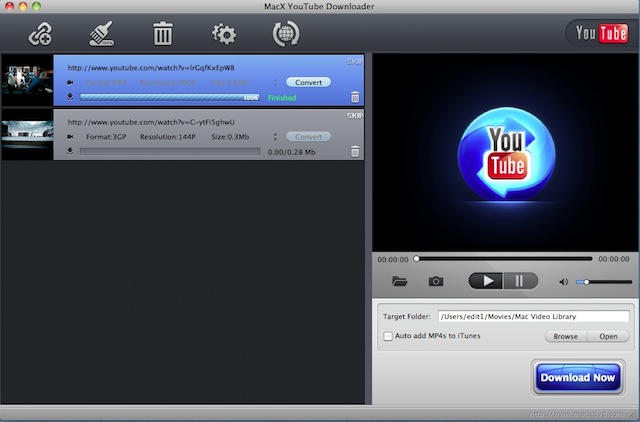 The MacX interface is simple and best if all you can queue up several downloads at once. 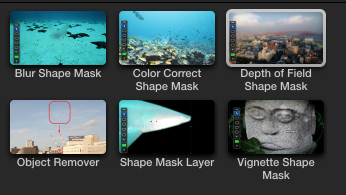 SliceX is a handy little $79 tool for adding animatable shape masks within Final Cut Pro X. Oh how handy a nice masking tool can be and SliceX includes a number of features like different templates and the ability to keyframe the control points in shape mask. I haven’t used SliceX yet but I’ve got something coming up where it could be very useful so I was researching it the other day (unfortunately I missed the sale CoreMelt had on the product). 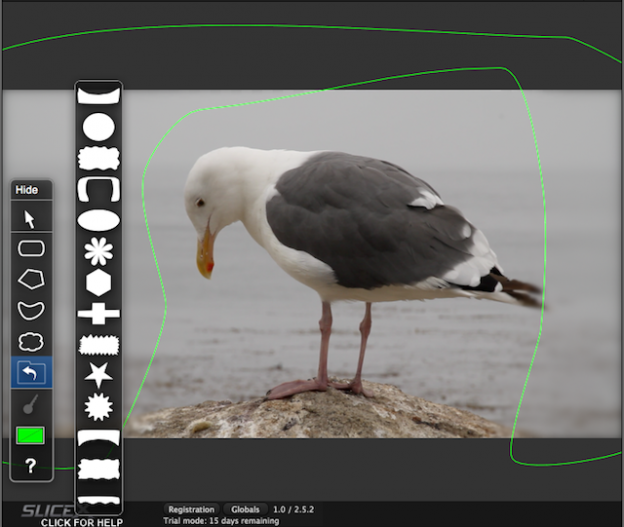 SliceX has a lot of nice tools. There’s all the preset shapes you see above as well as tools for drawing your own.

Another cool thing is that SliceX includes an Object Remover option that can be used to clone a section of the frame. As the example on the SliceX webpage shows it could be a quick way to remove an object from the frame provided the image is right. SliceX doesn’t look like it can do all that the Avid Media Composer Animatte effect or Paint effect can do but it does look like a quite useful tool for FCPX.