I came across a few cool things at the Entertainment Technology Expo last week. While this entry isn’t a full rundown of all the Useful Tools for Editors that I discussed in my session at the event (that is coming later, I promise) these are a few things I came across while either at the event or browsing the web on the flight back.

Akitio was a new brand of hard drives that I had never seen before. I spoke at length with the representative about their products as they looked to have three noticeable features in the drives they were showing: small, fast and Thunderbolt. 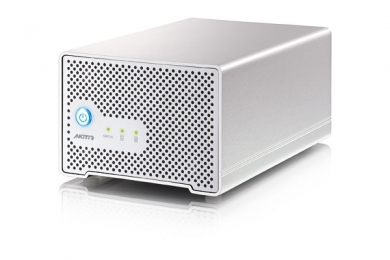 The Neutrino Thunder Duo can see read speeds up to 725 MB/s.

The gentleman from Akitio told me that the company has been around for a long time as they’ve been the manufacturer of drives for several notable vendors for years but are now branching out with their own branding. I’m not sure how long you’ve been able to sign onto Amazon and buy their products but my guess is their strong Thunderbolt lineup means you might hear more about them in the future. 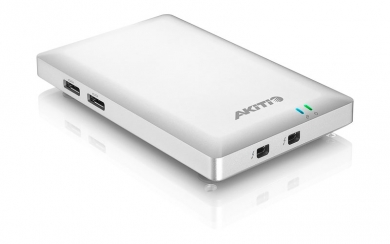 The Akitio Thunder Dock will be handy in a Thunderbolt world as it has eSATA connections among others.

All the units they had on display were small, light and felt very nice. I can see the Neutrino Thunder Duo being a popular mobile editing option. I can also see the Akitio Thunder Dock being a very handy way to connect all of those eSATA and Firewire drives once the new Mac Pro comes along.

Keep your eyes open to PVC for some Akitio product reviews in the future. 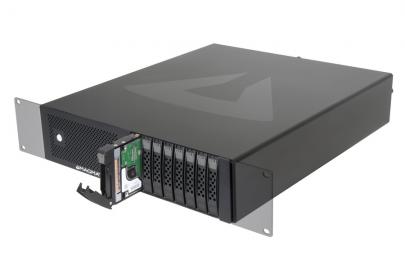 Magma was also at ETE and while it’s always nice to see their Thunderbolt expansion chassis their coolest products on display were the upcoming ROBEN–3 Thunderbolt 2 compatible units. These things were cool in that they combine both PCI expansion and a RAID in once Thunderbolt connected unit. That is unless you want to add a Mac Mini into the mix then they have a unit that includes that as well. 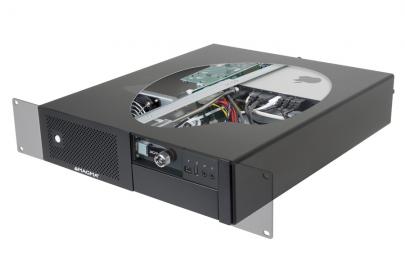 A Thunderbolt expansion chassis is cool but imagine one with a Mac Mini inside.

As Thunderbolt moves more and more into the mainstream products like Magma’a ROBEN series might be the perfect fit for a lot of workflows. They didn’t have the ROBEN boxes hooked up and running at the ETE show but they were on display. I have to say the idea of getting both a RAID, a PCI expansion chassis and even a Mac Mini (if you want it) into one rack mountable unit has some interesting possibilities. I’ll be watching the Internet closely for a review of one of these things.

I’ve covered NewBlue Titler Pro in the past but I was quite impressed with the new version of this tool after sitting through a demo session of the updated 2.0. New BlueFX has been around for years but my guess is they are now being discovered by some new editors as Media Composer 7 ships with an older version of Titler Pro. While that version is a very capable tool the 2.0 update added a lot of new features. But even at version 1.0 Titler Pro is a lot easier to use than Avid Marquee. 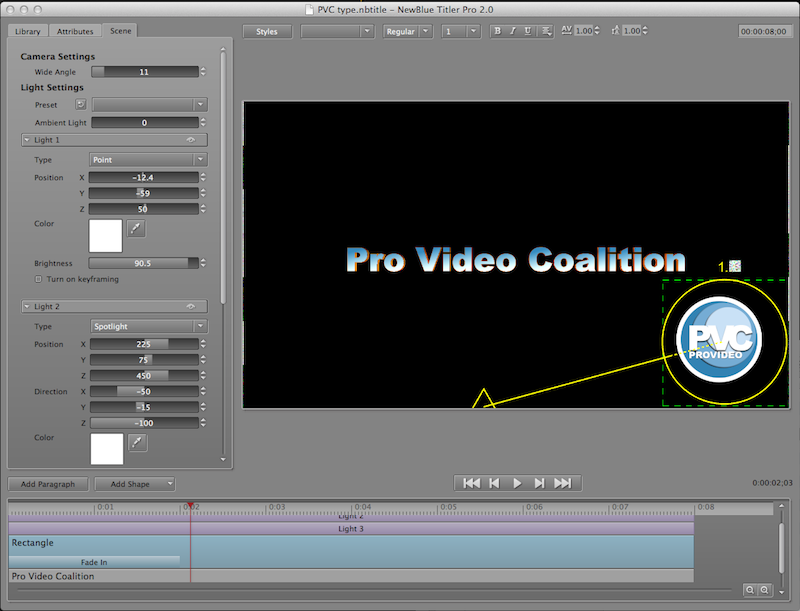 A clean interface makes it easy to create good looking animated titles. You can dig deep into the settings to create some sophisticated looks.

What struck me about watching the demo is how fast it was to create some very nice looking (and rather complex) title animations and lower thirds. Obviously a demo artist is going to make it look as fast and easy as possible but a few forum reads seem to back this up. I used Titler Pro 1.0 some in the past and while it was very approachable I think I found it easier to do some of the titling I was doing in Motion. That’s probably because I know Motion much better. What makes Titler Pro a more compelling choice though is its direct integration in most every NLE on both the Mac and PC. 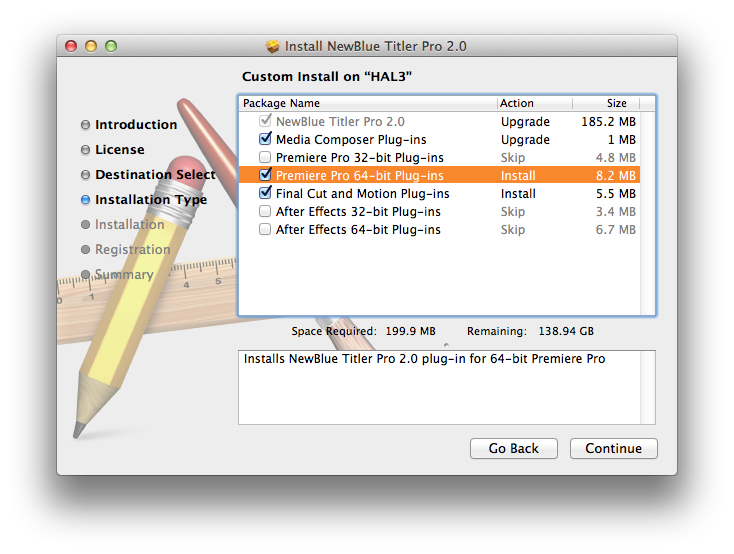 New BlueFX has taken the Red Giant approach to a software install … buy once and install on whatever NLEs you have on your system.

Speaking of New BlueFX (and moving away from what was at ETE) … there’s a new $130 video essentials bundle that launched recently, Video Essentials VII. This is a set of 10 plugins (available for most every NLE out there, Mac or PC) that includes a wide range of effects and tools in the package.

One the effects side there’s something like Auto Pan:

Those have some very specific use cases but then something more utility-like could also make this package worth the price if you need these tools inside your NLE. 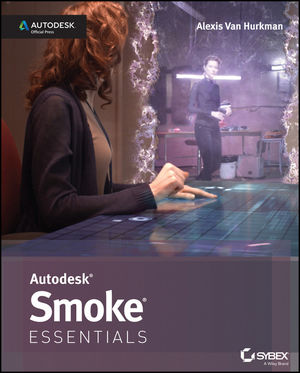 New to Autodesk Smoke for Mac? Then this is the book for you … as there really aren’t a ton of Smoke for Mac books out there for those new to the program. This title is written by Alexis Van Hurkman who knows a thing or two about authoring a book. He took an interesting approach to putting together this title: make a sci-fi short film that can be used as the basis for the book and supply media from that short for the tutorials.

Here’s the bullet points of what is included in the book:

I need to dig into this book as I need help understanding ConnectFX.

This is a little freebie (or donation-ware if you will) that I discovered the other day while housekeeping files among Dropbox, Google Drive, SugarSync and iCloud. I’m sure there’s some other cloud storage service I have that I’ve forgotten about.

I still can’t decide if I love iCloud, like iCloud or hate iCloud. But what I don’t know is how to tell what is in there without opening up apps and looking. Enter Plain Cloud. A simple interface shows you how many items of a given service is storing documents in iCloud. 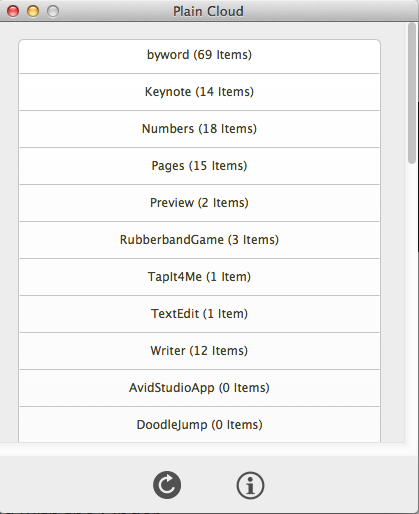 In my case there’s a lot more apps that can store docs in iCloud than currently do. I didn’t even know I had Preview pdfs stored on iCloud! And lookee there TypeIt4Me misspelled their name.

Want access to those files? Just click the appropriate service in the Plain Cloud interface, a Finder window then opens on your Mac and those docs are right there. I don’t know exactly where this stuff is stored in the Finder as there’s no real path noted nor do I know if monkeying around with this might screw up iCloud document syncing so use at your own risk. But darn if that didn’t come in handy when looking for and consolidating some files.

Building somewhat all encompassing utility effects toolkits for Final Cut Pro X seems to be the in thing to do these days and now we have another to add to the mix: XEffects Toolkit for Final Cut Pro X. This $49 set of effects and titles is a part of the FxFactory ecosystem and is available in the latest FxFactory update.

This is a big package with 53 different tools include a lot of different types of elements. 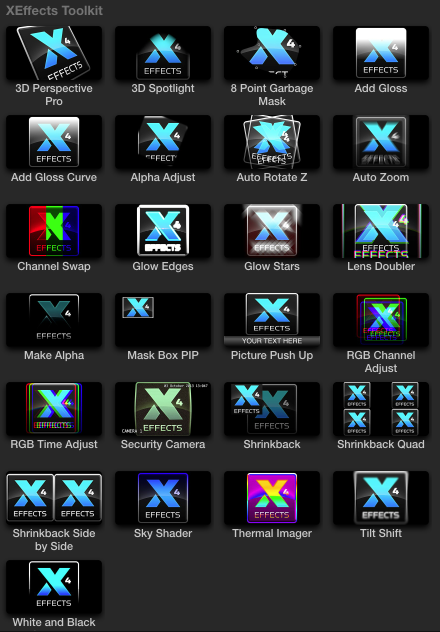 These are the 25 items under the FCPX Effects browser. Others are available under the Titles and Generator browsers.

You might not get much use out of Glow Stars or Glow Edges and the nice, simple slate generator doesn’t come in a 23.98 variety but the tilt shift effects looks nice and some of the text-based effects might save a ton of time. If you’re stuck with using vertical iPhone footage in a 16:9 world then the Pillarbox Shoulders effect might be worth the $49 alone.