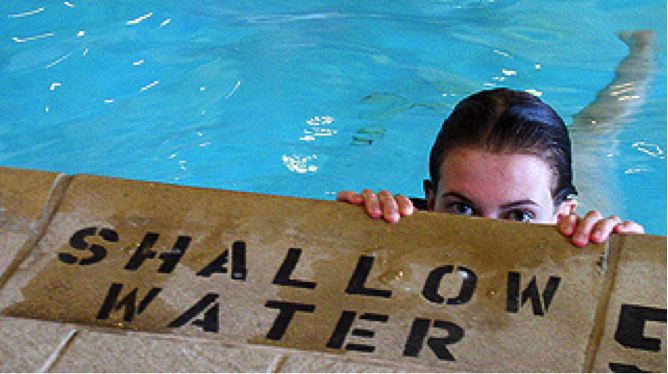 Storytellers are challenged with capturing the essence of a story and delivering it to their audience in a convincing way. Story elements might include a mood, a subtle emotion or a moment of shock and surprise. Transmedia authors have the same challenges but they face an additional challenge in picking the appropriate channel to deliver their story. Even after an author has crafted a story he or she needs to understand who is listening to those channels and how to engage them. Some recent research on text messaging out of the University of Winnipeg seems to indicate that heavy users of texting channels are becoming shallower. When you think about how carefully a story element needs to be crafted to reach an audience this can have some meaningful implications.

First a bit of background, the use of 140 characters as a communication method has been around since the early days of transmedia. Television shows like Heroes and independent ARGs such as Red Cloud Rising have used text messaging as part of their overall story experience. Twitter is the best known example of a computer and mobile channel that uses 140 characters.

Using 140 characters to tell a story might seem to be challenging but the potential reach makes it hard to ignore. There are 286 million cell phone subscribers in the U.S. alone and according to the Pew Research Center, 72% of them use their cell phones to text. Twitter currently has 200 million users globally. Numbers like these mean that you’ve got a potential audience you can’t overlook.

So what does that really mean to a creator or writer when deciding to take advantage of those 140 characters? It seems pretty seductive, a huge audience, a technology that knocks on the door and gets the attention of the user when they’ve already got so much around them to distract them. So what are the limitations?

The U of W research provides some ideas that are worth consideration. Basically, heavy users of messaging technologies, those that texted more than 100 times a day, seem to be less likely to engage in deep thought. By looking at the personality profile of heavy text message users they found a group that was focused on skimming the surface of a large volume of information coming into their phones and computers. As a group they were more worried about wealth, image and tended to be more prejudiced. Leading an ethical life wasn’t that important for them. Use whatever definition you’d like but they were consistently lacking in any kind of intellectual, emotional or ethical depth.

Now creators face a dilemma, they want to reach an audience but they are trying to create a narrative that is going to capture an audience. That is going to happen through emotional and even intellectual engagement. As you pick the channels you’re going to use to broadcast your story it is worth taking a moment to consider your expectations of your audience. If your goal is to create complex mood and develop convoluted characters with only 140 characters, you may be speaking to an audience that isn’t really going to care about that kind of story. If you’re trying to spin off stories from a new reality television show about internet dating, perhaps you’ve found the perfect medium. As that initial “knock on the door”, that first attempt at getting someone’s attention, 140 characters can’t be beat. What you do after that takes some careful consideration.