Co-directors Jason Sussberg and David Alvarado met in Stanford University’s Documentary Film and Video program. They worked on a few projects together and soon realized that they shared an interest in science and technology. After graduating with MFA degrees, they came together to make the documentary film The Immortalists about two scientists working to discover a cure for aging. Initially edited with Final Cut Pro, the team switched to Adobe Creative Cloud and Adobe Premiere Pro CC mid-production. 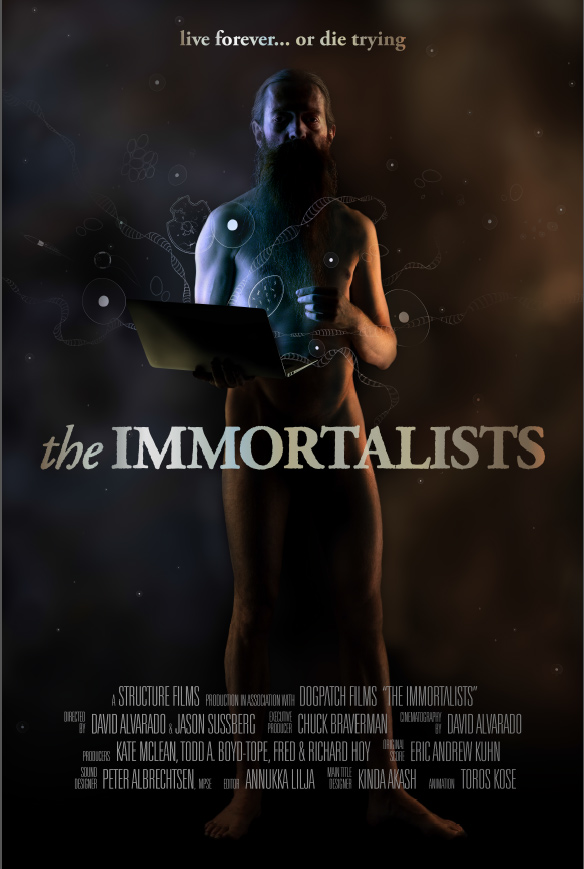 Adobe: Did you always know you wanted to be filmmakers?
Sussberg: I started making films when I was very young. In middle school I would create silly home videos with a group of friends. A lot of us are actually filmmakers today, including Patrick Brice whose film Creep is premiering the same day and in the same theater at SXSW as The Immortalists.
Alvarado: My path wasn’t as straightforward. A lack of direction led me to drop out of high school, but eventually I found that I was influenced by the fiction films that I saw. I enrolled in community college and then attended a four-year university before I was accepted to the Stanford program. Film saved the day for me and gave me a passion to pursue.

Adobe: When did you become interested in science?
Alvarado: I wanted to focus on documentary filmmaking and science touches on everything that’s interesting to me, from love to psychology to the environment. If you can make strong narratives around science then other people can more easily connect with your topic. It’s not just about making Nova science films; it’s about making character-driven, beautiful portraits about the people and subjects of science.

Adobe: How did you choose the topic of your film?
Sussberg: We started out trying to make a larger film about life-extension science, what it would mean to be immortal, and the philosophy of living a very, very long time. The two main characters of the film, Aubrey De Grey, PhD and Bill Andrews, PhD, didn’t come into our lives until just before we started producing the movie in December of 2011. Aubrey is a biomedical gerontologist and Bill is a molecular biologist and they are the top guys in the world trying to stop the aging process.
Alvarado: It’s such a complicated idea and I think that’s what drew us to it. Death is a topic that we all have to discuss eventually. With all of the baby boomers starting to retire, longevity is already at the precipice of being a huge crisis. It’s interesting to explore what these scientists are doing and what the consequences or benefits could be if they are successful.
Sussberg: Bill and Aubrey make the case, pretty convincingly, that other things have come along that seem impossible—such as traveling to the moon or flying an airplane—until they aren’t. They believe that the inevitability of death is just another engineering challenge to be conquered. 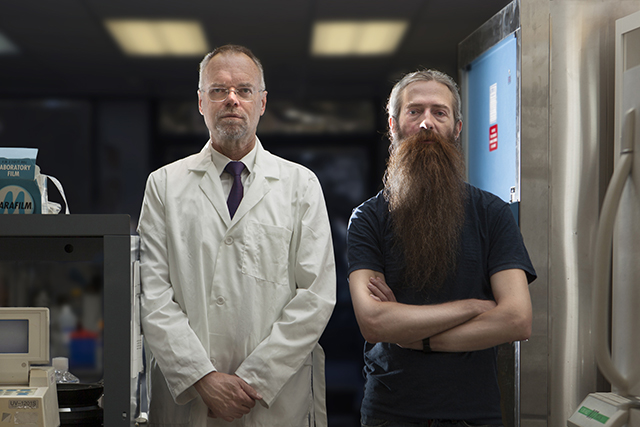 Adobe: Tell us about your filmmaking process.
Alvarado: The film is based on the premise that biotechnology is growing stronger and stronger and eventually, if our medical technology advances enough, it may be possible to stop or reverse the aging process. The film was going to explore the topic to see if immortality is realistic or desirable. We realized that we could touch all of the topics we wanted but make it a more interesting narrative by following two particular scientists and exploring their motivations, what they think will happen, and why they don’t think it will be a disaster. Finding that story took us everywhere, from Tanzania, India, and England to China and all over the United States. It was a long journey and by the time we brought it to the editing table it was about making the journey translate into something people could be actively engaged with for 80 minutes.
Sussberg: Once we settled on making a portrait of the two scientists we hit the ground running. We shot from December 2011 to December 2012. When we finished, we had a rough cut that was an ugly duckling, but we knew something was there. We continued to shoot and tease out the story until the spring of 2013, then went into finishing and post production, which took us through the summer. This type of project doesn’t have a defined end, but it seemed like we were relatively locked by the fall of 2013 so we started applying to festivals.

Adobe: When did you finish the film?
Alvarado: We were actually finishing filming as recently as February 2014. Someone dies and we felt it was something that we needed to include in the film. These scientists are trying to live forever, but they are also having to deal with the death of people close to them. When we film them coping with death the audience gets to make up their own minds about the main characters’ relationship with death and why they are doing what they do.

Adobe: When did Premiere Pro CC officially become the main editing platform for The Immortalists?
Alvarado: Two-thirds of the way through The Immortalists we decided to do a couple of short films to test the Premiere Pro workflow and it was great. We could easily drop After Effects files onto the timeline and it supported a variety of video formats. That’s when we decided to float everything over to Premiere Pro for all of the final touches and exports.
Sussberg: Because we started the project in Final Cut Pro it would have been reckless to just switch over in the middle. We did cut the trailers and promo materials in Premiere Pro and did all of the finishing editing.
Alvarado: Basically, the last six months of a year-and-a-half long edit was done in Premiere Pro.

Adobe: Are there any features in Premiere Pro that would have benefited you during editing?
Alvarado: We shot on a variety of formats—Canon C100, 5D Mark II, and 7D Mark II, as well as a Panasonic AF100 and a 3D camera. We had to spend a lot of time and hard drive space converting everything to one particular file format. If we’d been using Premiere Pro we could have easily brought in all of the different formats and they would have worked on the timeline. That’s what we’ve been finding with our other short projects. Premiere Pro saves hard drive space and easily works with multiple formats.

Adobe: Have you made any other discoveries since you began using Creative Cloud?
Sussberg: Dynamic Link between Premiere Pro and After Effects is something that’s taken for granted. With Final Cut Pro we were constantly exporting and importing sequences in After Effects. The ability to move between the two programs and import things without transcoding makes the workflow so incredibly easy. Overall, I think it’s best when the technology dissolves into the background and you’re just dealing with the story. Premiere Pro is an editing program that is intuitive and doesn’t make its presence known, which is what I want.
Alvarado: One huge and wonderful thing we’ve found is Adobe Media Encoder. Every type of output we could want is there and we can build a queue with multiple export formats.

Adobe: Do you think the Creative Cloud model is beneficial for creatives?
Alvarado: Adobe Creative Cloud is the first software I’ve wanted to purchase in the last several years. People are willing to pay for a good product, and in an age of piracy we’re happy to pay for Creative Cloud.
Sussberg: Software is egregiously priced and it’s prohibitively expensive, especially for students. I teach at Diablo Valley College and it’s just heartbreaking to tell students that they need to spend thousands of dollars just to get what they need to be students. Adobe Creative Cloud is at a price point that students can afford. For a 10 to 12 week class at $20 a month, it is less than a textbook. As an independent documentary filmmaker I feel perfectly fine spending money for a monthly membership to Creative Cloud. The price point is low enough that it no longer leaves a bad taste in our mouths as independent producers.

Adobe: What are the next steps for the film?
Alvarado: We want to go to Sheffield Doc/Fest, and a few other A-list festivals have reached out to us for submissions. We’re also working with The Film Collaborative in Los Angeles, which helps place films in festivals. Ultimately we hope to make a big domestic sale and we already have interest from three large domestic broadcasters.
Sussberg: Even if we do sell The Immortalists, we’re committed to independent film. Our next project will be independent and we’ll still use the same tools because they help us do what we do efficiently and affordably.