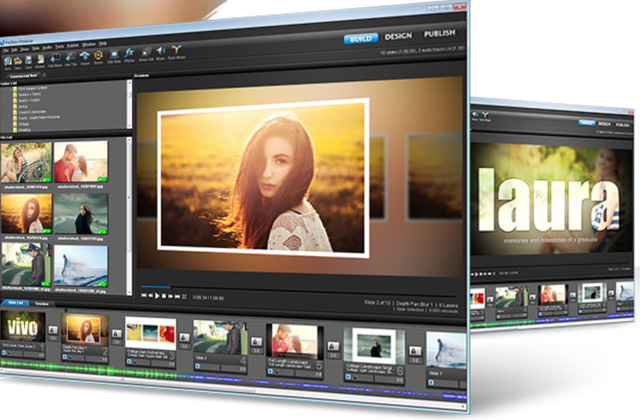 Considered the best photo slideshow software in a recent review by the website TopTenReviews.com, ProShow Gold 6, from Photodex, is the domestic version of the professional ProShow Producer I’ve used for years now, and consider to be the best software of its kind available for PC users. Mac users willing to emulate Windows can also try this easy to use and sophisticated software. There’s also an online version everybody can try, although it does not offer all the options from the downloadable versions.

My slideshow creator of choice, ProShow Producer, has reached version 6, and it is showing a lot of new features. I am not an heavy user of the program when it comes to many of its more complex functions, as my slideshows are essentially done to show photographs to photographers, and they seem to prefer the classical fade in/fadeout the program also offers, but it is difficult to resist experimenting with so many special effects and transitions, whether present in the program or through the multiple packages created with different effects for different uses. And the general public and many clients like these effects, that, in fact, give an extra life to slideshows. 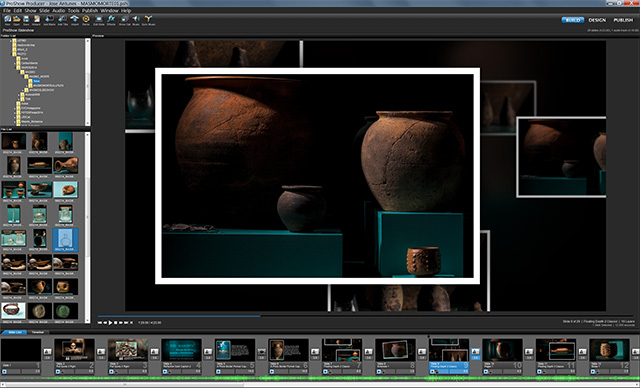 With an user-friendly interface that has been continuously refined from edition to edition, the program is a joy to use, either on the domestic version, ProShow Gold 6, which is more than enough for the needs of most users, or on the professional ProShow Producer, offering everything you may dream about finding on a program of this type. ProShow is an intuitive software tool that lets people easily mix photos, video clips and music together into polished video slideshows.

This new version has some interesting features that widen creativity horizons even further. Besides more than 150 new effects, including Slide Styles, new templates for Quick Shows, new menu themes and multiple options for titles, captions, photos and videos, including new collage styles + full length, zero motion and text layer effects, the program offers something many users expected: Text Layers, allowing the conversion of any caption into a text layer with a simple click. Text layers unlock a whole new realm of creative options for captions. Use them to apply slick effects like 3D tilt motion and blur to captions. Text layers can also be used as masks for images and videos. Experiment with the Z-order interplay between text layers and images for other exciting effects possibilities. The options are, I dare say, endless!

For those that need/want to delve into the complex control of every parameter in their slideshows, ProShow Producer offers Keyframe Enhancements, allowing things like freezing motion between keyframes with a simple right-click to maintain a static keyframe setting by automatically creating a new keyframe that pauses motion. 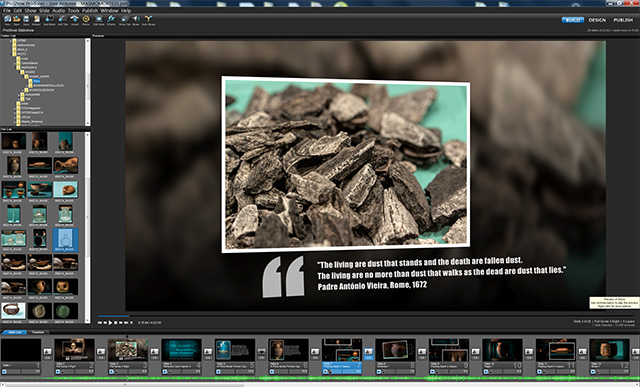 With a ProShow FREE Remote App allowing you to send finished ProShow slideshow videos wirelessly to your iPhone or iPad, the option to turn your iOS device into a remote control for live playback of ProShow slideshows running on your computer, and even import content from your iOS device (and other sources, in fact!), Photodex has covered all options when it comes to extending the way you see and share your best slideshows.

Control over audio has been updated, offering a better ways to blend music + video clips with precision, using volume points in the enhanced Timeline View. It is possible to control soundtrack volume levels during specific parts of your show (e.g. during video clips, voiceovers, dramatic scenes, etc), and for those requiring even more precision it is possible to adjust the soundtrack volume settings in the keyframe timeline for any slide. You can also add instant polish to your show’s audio with simple new options that take the guesswork out of controlling fades and crossfades.

These notes suggest you some of the new things you will find in ProShow Producer 6.0. I really believe you should test the program, downloading a trial version of either the ProShow Gold or Producer, whichever you think may be more adequate to you. Before you do, check the two slideshows published here, both created for a Portuguese museum (Archaeological Museum of São Miguel de Odrinhas) with ProShow Producer 6.0. They show some of the things you can do with the program. A tool that, as I said, I do not use fully. Still, for these slideshows, especially for the one centered on the exhibit “Rituals of Death During the Roman Age”, I explored some of the new options ProShow Producer 6.0 offers. I think the slideshows say it all.

Go to Photodex webpage and check the new programs.