I had no idea what would happen when I arrived in LA. I had established a long career as a writer/director/producer in unscripted television for many years in Canada and had a long list of awards and good reviews under my belt from this career and a previous one as a dancer/choreographer. For the entire time I had been working hard on shows about home renos, debt reduction, and truckers falling through the ice, I never stopped writing the movies and series that had plagued my brain for years and had never left me. Getting them made as a female with experience in the unscripted space and a few shorts under my belt was another story. The doors were firmly shut.

While most people thought I was crazy, the few LA people I met in Canada were very supportive of the idea that I would come to LA to take my kick at the can. They all said I would fit in perfectly and said to get in touch when I got there.

I understood early on that this was going to take some time. No one just arrives in LA and lands a job or project sale right away. At least not in most cases. I realized I was going to have to make new friends, make connections, work hard, and see where I could land.

My timing was perfect for the burgeoning women in film movement. I realized if I was going to find my “tribe”, it was going to have to be at the center of this strong group who were surprisingly supportive of each other and willing to give time and energy to women who had been kept outside of the director’s chair for so many years. As new groups were emerging every day and I didn’t know which would be the most beneficial to me, I joined every one I could: Women in Film Los Angeles, Women in Film Int’l, Women in Media, Film Fatales, Glass Elevator, Alliance of Women Directors, Women working in Reality Television, Stage 32, Screenwriter U. and several more. I was able to secure an unscripted agent in LA through a friend of mine in Canada and she was enthusiastic and happy to set meetings up for me. The energy was amazing and I loved every minute of it. I had come to a city of dreamers rather than just workers and the creative spirit was passionate and flowing. I volunteered for many events, getting to know people, and attended every panel, screening, and Q&A’s that were offered. I kept my costs low by taking public transit (it’s great now) and Shared Lyft (party in a car and everyone’s in the biz, including the drivers! We shared information enthusiastically. 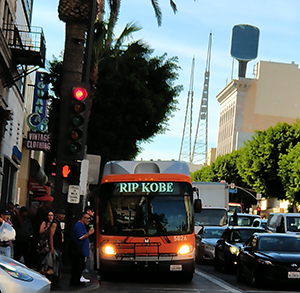 As more and more women poured into these groups and pressure mounted for companies to start training and hiring women, it became clear that it was the younger women who were now streaming through the doors that had been closed to us for so many years. I was applying for the training programs but was getting nowhere.

Always one to try to see the opportunities in adversity, I soon realized that someone of my age would not be able to compete in this lush new landscape unless I found a way to differentiate myself. Instead of thinking of my age and experience as a liability, I realized that I could compete by being the best writer I could and set about to improve my skills. I began pitching through Stage 32, getting feedback, and watching panels on dozens of different topics. One of the panels had several literary agents who discussed where they looked for talent. One of them said he looked to see who was winning screenwriting competitions. And not just the big competitions like Nicholl but also smaller ones where burgeoning talent was getting recognized. So…I started submitting to screenwriting competitions where I could get feedback and exposure, and voila, I started getting good feedback and winning awards.

At the same time, the person who was subletting her half of an apartment to me in LA would return every few months and I would have to vacate my sublet for 8 – 12 weeks. I spent my time returning to Toronto and also traveling to the various festivals I had entered. This gave me the opportunity to collect awards and also network and attend more panels to keep growing and learning about the ever-evolving business. I traveled to Oaxaca, Mexico where I won Best TV Pilot for my historical fiction series Serpent Queen, and Indonesia where I won Best Feature Screenplay for The Bride’s Wedding. I attended the Series Mania Market in Lille, France, and MIPTV in Cannes, and went to the “Power of Inclusion” summit in Auckland, New Zealand as part of my world-wide adventures. My skills were advancing and I was having a great time.

The more awards I won, the more exposure I was getting to industry power players so I began to build my team for my projects. After two years, I now run a production company in Los Angeles and Toronto, with an exec producer, an international distribution rep, and a financial advisor, all of us working to promote new and interesting projects. 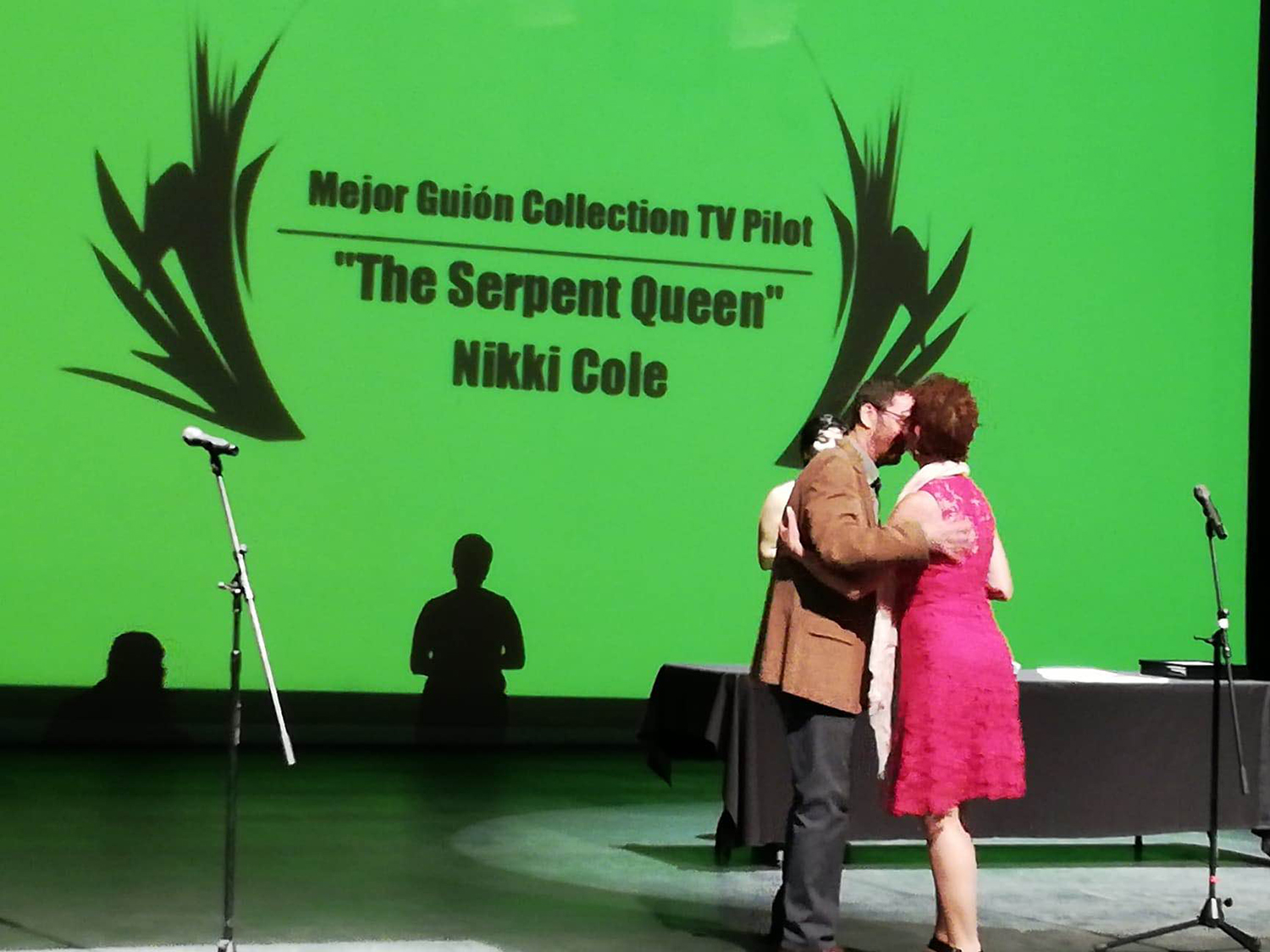 Everything now has, of course, come to a screeching halt, just as I finished shooting the concept reel for our series and was heading back to MIPTV in Cannes where I had been selected as one of 20 world-wide “Drama Producers to Watch”, Covid-19 hit and everything shut down. I have been in lockdown for three weeks and have been very busy writing Ep. 2 of Serpent Queen, editing the concept reel, pitching it to potential co-production partners, and attending zoom panels and webinars on a daily basis through all of the groups I am now a part of. Social Media is seriously my best friend and I am staying in touch with friends and family on both sides of the border as we all navigate completely new territories, figuring out how to be properly placed for what’s predicted to be production pandemonium once we are past this world-wide crisis.

Not a stranger to hard times, my goal right now is to stay healthy and safe, connected to the people who mean the most to me, and carry on creating stories that hopefully will bring value and joy to the new world we’ll be inhabiting soon.