As a fellow member of the Producers Guild of America New Media Council, Craig Singer graciously volunteered to join the TransVergence Summit Governing Council and has been very helpful in guiding our efforts.  He was recently interviewed by PGA member Elaine Spooner for the PGA New Media Council newsletter about his background and his exciting new venture in launching Hopskoch.  A special thanks to Felicia Wong, Elaine Spooner and the PGA NMC for giving us permission to reprint the article here:

“My new company, Hopskoch, is the paradigm shift in how creatives and brands connect with their audiences. By leveraging the power of Transmedia, Hopskoch gives its clients the power to easily and seamlessly tell cohesive, compelling stories across multiple platforms.” 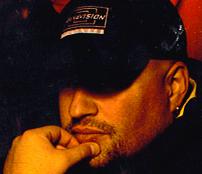 Craig Singer doesn't come from a family of moguls. His background is blue collar New Jersey. Early on, he began pursuing his dream to excel in the creative side of the film industry even though he couldn't afford film school. He became an Art History major at FIT because he loved Manhattan and did what he had to do to produce his first films. “I wrote to my favorite director, Elia Kazan, ('East of Eden', 'On The Waterfront'). Amazingly, he responded and encouraged me to teach myself. That made sense to me, so I pursued traditional film. In the right place at the right time, I was honored to direct my first film with stars Neil Patrick Harris and Amanda Peet.”

Singer next came up with an idea for a collaborative online storytelling process that was eventually patented. The company he founded, My2Centences, was a pioneering company in that space. He also founded FanLib and produced events to promote the 'Harry Potter' franchise while continuing to produce and direct traditional films. 'A Good Night To Die' premiered at the Tribeca Film Festival and 'Dark Ride' and 'Perkins 14' both theatrically released through Lionsgate.

'Perkins 14' had interactive fan components. It was a horror film for which the fans designed the poster and came up with original story ideas. “This was technically before transmedia existed, but I saw the writing on the wall and embraced the multi-screen audience. I saw that inviting fans into the process could help grow and galvanize fan desire and energy. Of course, it was very lonely in the beginning. People and brands said we were crazy. There were a lot of lean years before everybody started to get it. Now only my friends think I'm crazy.”

Singer was a success in transmedia; he sold My2Centences to Disney in 2008 and stayed on as a Creative VP. Also in 2008, he was nominated for an Emmy in the interactive fiction category for 'The L Word Interactive' and his series have been honored many times by the Telly's and Webby's.

Eventually, he was approached by the Hopskoch founders. “They had a new platform they said would change the game. I was skeptical, but they convinced me they vetted the technology with brands and consumers in the US, Europe and Shanghai. Hopskoch is aligned with the direction I feel entertainment is moving.”

As CEO of Hopskoch, Singer can move closer to his creative roots. He always wanted a suite of tools to create a one-on-one dialogue with fans and audiences apart from the traditional gatekeepers. Talking with music publishers, brands and studio heads who are blown away by this tool is confirming the vision. It speaks to a lot of the things Singer cares about and what creatives aspire to be able to do.

The company was formed about two years ago; however, the site launched 45 days ago. They employ ten people in NY and will be opening in LA shortly. The first three deals have closed and six more are coming soon from a spectrum of clients across publishing and Hollywood.

Singer has a second passion project in the works. His house was destroyed by Sandy and he's rebuilding. At the same time, he's creating a coffee table book about the Jersey Shore that's designed to raise funds for the area.

Involved with the PGA for about four years, he has only positive things to say: “I love the group. It's invaluable as an information source, for networking and education. I am thrilled to be a member. Everyone is very supportive.”

Question of the Month: Why is this the right time for Hopskoch?

“Hopskoch is not afraid to be truly original. I embrace the creative process and the rest of the team, including founders Sunil Madhu and Marty Monaco, are really brilliant guys and make for a great mix – a strong team. Hopskoch is a unique one-stop shop for 360-degree seamless storytelling.”

“It's clear to me that the lines between Hollywood, brands and publishing are blurring more every day. The Hopskoch subscription platform allows you to create, schedule, control, target and gamify campaigns and get immediate analytics. The old model was very inefficient. With this tool, small and large companies can expose what they create to a larger fan base and develop a conversation with their audience, while saving time and money. One of our first clients is a prominent reality TV producer. Their Hopskoch campaign is a game changer.”

“Any time you introduce a new activity or form of entertainment, it will take time. The breakout action could come from anywhere. In the majority of cases, posting one video on YouTube won't do it. Creating good work is a process of discovery.”

Elaine Spooner is an IT Director for Twentieth Century Fox Enterprise IT, where she leads a team responsible for the FoxFast International Television Distribution web site.  Her background includes stints at several major studios and producing duties on multiple interactive media projects.   She has authored film and TV reviews and industry articles and currently writes the monthly Member Spotlight for the PGA’s New Media Council.  She is an active member of the Television Academy and the Producers Guild and also volunteers on the Speaker Committee for the Portland Creative Conference in Portland, OR.