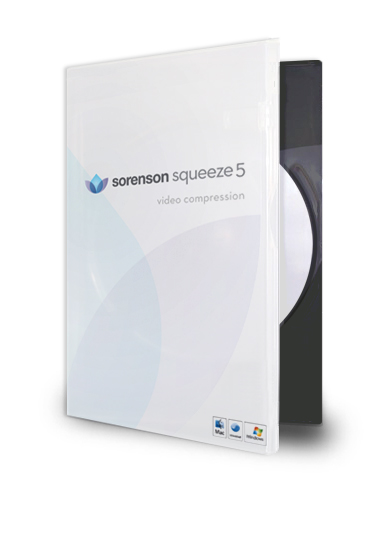 There’s been some back-room discussion amongst the PVC writers about reviews. The general consensus being that since all of the PVC writers are actually folks just like you who are actually making a living as video professionals, instead of as “bloggers,” we don’t have the time or patience to review a bunch of crappy products that we’d never use in the course of trying to make a living. And since we wouldn’t use bad products for projects involving real clients, and since we’re too busy to do anything else, the reviews of products by PVC writers will tend to be fairly positive, more often than not. That doesn’t mean they’re not honest, it just means that they’re well-informed purchases to begin with. That’s certainly the case for this review.

As background information, I’ve been using a number of compression products for several years: Squeeze has always been part of the arsenal; Apple Compression, of course; Adobe Media Encoder CS4, the Elgato Turbo-264 USB device; and my oldest compression product, ProCoder, which I haven’t upgraded since 2002, I think.

I’d been running Squeeze 4.5 when I decided to upgrade to the Pro version of 5.1. I was pretty impressed with the differences in the upgrade. What’s new? Most importantly, in my opinion: workflow changes that really save a lot of time and effort, and that’s what makes this upgrade worth the cash. The coolest thing is the new Publishing presets and functionality, because the file usually has to get sent someplace after it’s compressed.

The Publishing thing is the thing that really got me pumped about this release. There’s a ton of new stuff, but I’ll put that at the end of the review, since it’s basically just a re-hash of the manufacturer’s notes – with some added information and commentary by me.

Let me walk you through a potential workflow to show you how easy it can be to deliver compressed videos through Squeeze. To start, you can set a watch folder from the File menu (or command-W on a Mac). Squeeze watches this for any new files and will execute your preset filters, compression and Publish settings on any file that lands in that folder automatically. My watch folder is called Charmin. (wait for it, wait for it…you got it! “Squeeze me!)

Then you can assign any combination of compression settings, filters and publish settings. Then you hit “Squeeze”…and nothing happens immediately. But, when Squeeze sees a file in the Watch folder, it applies all those settings and starts the compression automatically. So, you can do a completely unattended “squeeze.”

But the cool thing is that with the Publish settings, you can take that concept one step further. Publish settings in Squeeze 5 allow you to send your completed files to a number of locations. You can send them to Sorenson’s own video server (for which you need to have a paid subscription), to Brightcove (which is another video server site), to a client’s or your own ftp site, or even an application, such as a DVD burning application, or I even created a preset that sends a finished movie straight to my email application where it automatically creates a new email and attaches the file to it.

So it’s ALMOST a front to end solution. The only thing I’d love to have Sorenson add to this the ability to create an automatic notification system, for example, to add email addresses as part of the Audience setting and then send out emails with the link to the video as soon as the compression and upload is successful. Another cool thing to have in this app would be email notifications of compression or upload failures.

A few other things that I was definitely jazzed about with this release were as simple as some nice presets. For example, there is a preset for DGFast Systems. DGFast is a company that delivers broadcast television spots via the web directly to TV stations and broadcasters. I have used them on several occasions to deliver political ads to stations within minutes of completing the spots. There is also a preset for Keynote and one for Powerpoint. Though, the bizarre thing is that the Keynote preset sits alone in a folder called “Presentations,” which is a good place for it, but the Powerpoint preset is in a folder called “Custom.” Why they’re both not in the “Presentations” folder is a mystery. But it’s cool that they’re at least available. You can create custom folders in Squeeze with favorites, so you could definitely put them in a folder together yourself.

I also liked the setting to add a custom watermark. I easily added my company logo to items that I uploaded. I could control the opacity and general location of the logo watermark, but oddly, there is no way to control the size inside Squeeze, though if you change the size of the logo itself, it changes in Squeeze. The comparative size of the logo depends on the size of the compressed video compared to the size of the logo file. So if you wanted a 640×480 video to have a logo that was 1/8th the height of the video file, you would need to create a .png logo that was 60 pixels high. The problem with this is that if you create several different compressed file sizes in a single job, you’d have different sized watermarks for each of them. This would be a good thing for Sorenson to fix, so that each compressed file would look the same, compared to the watermark.

Another nice item is the ability – as a filter – to add separate audio and video fade ins. Sometimes, I’ll forget to add a fade on a master file, or the master file won’t quite fade to black at the end. Instead of having to re-render a large file, you can simply add a quick fade to it in the compression. Again, there’s a minor weirdness with the settings in Sorenson: the default length of the fades is 3 seconds! The fade times are not done in frames, but in hundredths of a second, which is a little odd for a video guy, but not horrible. I just dropped a 1/10th of a second fade on one spot where the video had not completely faded to black, and it made a nice looking file to send to my client.

As part of this review, I’ll give you a mini-review of Sorenson 360. The interesting thing with Sorenson 360 is that you don’t need Squeeze to use it. Sorenson 360 is a web-based video server service. Part of its functionality is that you can actually upload uncompressed files to it and it will compress them for you. I think most of us would rather do this locally. So, Squeeze 5.1 is linked to Sorenson 360 so you can compress your files locally and have them automatically loaded up to your Sorenson 360 account. Your Sorenson 360 account can function as a place to view your uploaded videos, but the most common ways to use it would be to embed the code from the Sorenson 360 video directly into a website or blog, or to send a permalink file directly to a client. Sorenson 360 clearly displays the embed code and permalink addresses for every video in your 360 account. This is a solution I’m going to be looking in to, to deliver easy access and smooth playback to my clients for approval files. Another of the items on my wishlist for Sorenson 360 would be to allow for a customized, client-branded experience for the permalink. Currently, using the permalink will take your client to a player that is Sorenson-branded. It would be nice to be able to deliver an experience that brands the player with my own company image or even with my client’s company image. When determining which subscription option is right for you, you should realize that each time a video is played counts as a “stream.” So even if you only send one link out to a client, but they view the video 10 times, that’s 10 streams.

So those are some of the cool features that made me glad that I’d purchased the upgrade as well as some of the things that I hope Sorenson addresses in a future release.

As I mentioned at the top of the review, I purchased the PRO upgrade instead of the regular version. Here’s what my additional $100 got me: command line control (too much for me to deal with), Sound Soap (Nice for some, not really useful to me), and VP6 Flash output (better quality for Flash 8), which I thought was worth the price of admission, even though I have Adobe Media Encoder. You also get a training DVD from Class on Demand, which was pretty good. (full disclosure: I’m a Class on Demand instructor.) I’d rarely messed with any of the filters before watching this training and was convinced that I should be spending a little more time compressing my files correctly. Most of my compression is simply for temporary review and approval purposes, but for the more permanent uses, I hadn’t been doing enough to get the best quality at the lowest data rates.

If you haven’t upgraded since pre-NAB 2008, the new items also include :