An exclusive interview with the Chairman and CEO of Nexenta

On the heels of their recent announcement, Nexenta has set itself apart as a company than can help a production meet the demands of the media and entertainment industry. Their Software Defined Storage solution creates an innovative storage infrastructure which has the ability to keep scaling and growing. 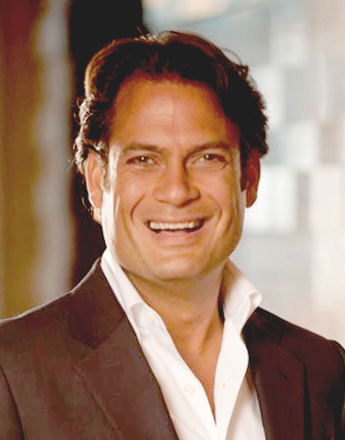 We spoke with Tarkan Maner, Chairman and CEO of Nexenta, about the SDS movement and about what else Nexenta has in store for 2014 and beyond. Maner is an accomplished entrepreneur, executive leader, investor, advisor and philanthropist. He brings more than 20 years of experience working with disruptive and revolutionary technologies and is the winner of the 2012 Ernst & Young Entrepreneur of the Year Award Programs in California.

DAM Coalition: What is the software defined storage movement?

Tarkan Maner: Software defined storage is an approach to data storage and management that virtualizes the underlying hardware, and enables the flexibility promised by virtualization to be fully achieved and extended into managing storage. This growing momentum behind the “open source infrastructure revolution” — where software is decoupled from hardware — is yielding big opportunities for IT transformation.  In the same way that VMware disrupted the server industry by decoupling server hardware and software via virtualization a few years ago, Nexenta is breaking the grip that the storage hardware vendors have on the enterprise. These Massively Expensive Storage Vendors – who we call the MESS – will soon be replaced by flexible and affordable storage solutions that scale with a company’s growing data needs.

What happens when a company doesn’t have a plan around managing their storage or workflow?

Have you seen the TV show Hoarders?  Imagine how a scenario like that might play out with a company’s storage infrastructure.

Considering the sheer size of the files we’re talking about these days, you’d think figuring out how to move, access and store this info would be the first thing people want to talk about, but for so many it’s the last. Why do you think that is the case?

People who buy storage in the media and entertainment industry are busy being creative! Their priority and expertise lies in the creative process. But, now with storage costs rising exponentially, buyers are forced into being knowledgeable about storage and workload performance for immense amounts of data.  As the creative process and the storage requirements are becoming intertwined, more and more media production houses are placing an emphasis on protecting and storing their digital assets because it’s expensive and difficult to reshoot.

Have have you seen budgets affected in regards to having or not having a plan around storage and workflow?

Of course!  Often in the film and movie industry, storage capacity is underestimated.   Even the savviest companies are guilty of underestimating the sheer volume of storage needed as well as the complexity of storing such a wide variety of data types.  Nexenta has helped many companies in the midst of production when they realize that not only is their storage capacity insufficient, but that their budget is about to be blown apart because they need to quickly purchase a huge amount of storage.  Nexenta can help those who have to scramble and quickly purchase more storage because we work on top of commodity hardware, and storage can be added and managed easily at a much more affordable price point.

What are some of the logistical issues that come up when you’re dealing with petabytes of information?

Great question! First, how do you store petabytes of data and still have it highly available?  When you start dealing with large amounts of data, you have performance issues that don’t exist with managing smaller amounts of data.  Storage needs to be high performance, grow with capacity, provide backup and archival, and guarantee the quality of the data for future editing. In the movie industry, it’s an expensive proposition to go back and re-shoot. Also, you want to make sure that the filming is available for future editing.  Nexenta delivers storage on industry standard hardware, which cuts the price and increases the availability, especially with post-production work such as transcoding and editing.  The faster your storage infrastructure can process data during post-production, the more rendering you can do.  The more rendering, the higher the quality of output you can produce at any given time.  Storage becomes a critical component to production, and how great movies are made.

How have you been able to help Framestore manage their storage needs?

The amount of data generated by the media and entertainment industry is enormous.  Framestore is no exception when they are making great movies like Gravity and Skyfall. Nexenta helped Framestore manage petabytes of mission-critical data across three data centers. Without access to this data, Framestore wouldn’t be able to meet its demanding production schedule. The IT team at Framestore needed a flexible, scalable, reliable, enterprise storage system to manage its massive data growth, enhance its disaster recovery capabilities and to maintain its status as a leader in visual effects. We’re thrilled to be part of their success!

You’re quoted as saying that SDS is the future…do you think that’s something people still need to accept?

Yes, it really is an inevitability that storage solutions will be more driven by improvements to software and processes than by incremental increases in hardware.  SDS is a revolution that already has started – our clients demand it, our technology partners support it, and every CIO I ask will tell you it’s the way of the future. It won’t happen overnight, but the benefits are too great for it not to take place. Most organizations are taking steps already, and if they’re not actively pursuing it, they’re thinking about it.

We hear you’re working with Spike Lee on a new project as well. Can you give us any details about it?

Yes! This is a very important project for us. Nexenta was brought in to the project through our partner Daystrom Technologies.  Spike Lee’s project has as much as 2.8TB of raw video shot each day, and disk capacity needed to be added to Daystrom’s NexentaStor-based data store as shooting progressed. They selected NexentaStor to deploy a Network Attached Storage (NAS) because of its ability to easily and inexpensively add capacity when needed. In addition, NexentaStor plus LTO backups, which utilized the Linear Tape File System (LTFS), delivered as close to a bulletproof media management system as Daystrom could get.

Where can we go to learn more?

DAM Coalition is a platform that gives professionals across the industry the ability to showcase their thoughts, experiences and...

Rather than focusing on specific experts or organizations, DAM Coalition is a platform that gives professionals across the industry...