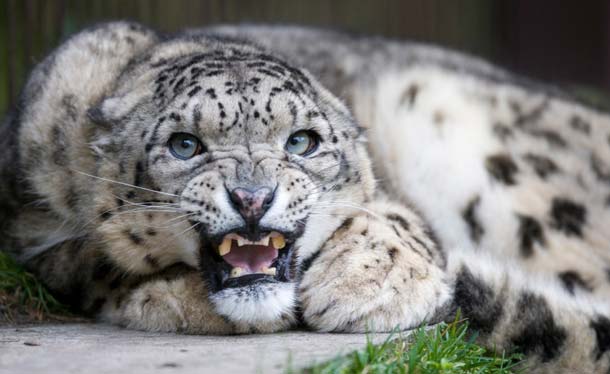 Snow Leopard (aka OS 10.6) looks like a great system update for Mac users: better performance, smaller hard drive footprint, cheap price (if you’ve been keeping up with your OS updates). That said, we personally are always cautious about upgrading to the “x.x.0” version of anything: Call it old age, but quite often we prefer to let the serial early adopters (you know who you are) find where the gotchas are, while we get work done in the meantime with “old” technology. Here’s a brief collection of some of the issues (some real, some illusionary) that we’ve heard of so far; please feel free to add your own in the Comments below:

Snow Leopard = 64-bit? Yes and no. Applications themselves (as well as all of their plug-ins and the such) need to be written to take advantage of a 64-bit operating system before you see the real benefits; merely upgrading the OS won’t get you 64-bit for free (to wit: After Effects CS4 is still a 32-bit application). Also, OS 10.5.6 can also run current 64-bit apps (such as the most recent versions of Photoshop and Cinema 4D); you don’t need 10.6 to be able to run in 64-bit mode. That all said, Snow Leopard will be an even better host for these applications.

Snow Leopard Boots in 32-bit Mode? There is a bit of confusion about the option to boot the kernel (the core functions) of Snow Leopard in 32- or 64-bit mode. Choosing 32 – the default on most hardware – does not prevent applications from running in 64-bit mode. (Click here for more info.)

Does It Break Anything? Surprisingly few things. Click here for an excellent Wiki on outstanding issues for a wide variety of software; click here for Adobe-specific information (twirl down the “Support for Mac OS X Snow Leopard” option). Another good Adobe-centric resource is Photoshop deity John Nack’s blog. So far, the only After Effects-specific issues seem to be either with plug-ins (such as those from Noise Industries) that rely on Quartz Composer, or QuickTime files with a Quartz Composer track. (This holds true for AE CS3 as well – although if anything else is broken, you’re on your own.) Also, make sure you install the 9.0.2 update for multicore rendering in AE CS4 to work under Snow Leopard. (If you’ve managed to dodge the overly-persistent automatic Adobe Updater, manually updating is an option under the Help menu inside After Effects.)

But Wait: Before You Install Snow Leopard, De-Authorize Your Adobe Apps! This one is still in the realm of “anecdotal evidence,” but there have been reports of users losing installs of their Adobe apps after updating to Snow Leopard, requiring a sometimes-lengthy call to Adobe Customer Support to get credit back for that install. Why? “The OS version is used to identify the machine as part of licensing,” a reliable source tells me. So to be safe, launch the Adobe app, go under the Help menu, and select Deactivate (but do not select “Erase my serial number from this computer”) before upgrading to Snow Leopard. If you have installed a suite, you only have to deactivate one program in that suite. Then re-activate your app(s) after you’re done with installation.

Does it Finally Fix the Gamma Issue?I’m down on my knees praying for this one. For those who haven’t heard, up until now Macs and PCs have used different gamma curves to determine how brightly colors are displayed on a monitor; translating between different standards and codes has caused endless havoc for video users (go ahead – Google “Mac gamma issues”). As of 10.6, the Mac finally uses the same gamma values – 2.2 – as PCs (as well as many other devices). Does this actually solve our problems now? I don’t know, but it’s one of the first things I’m going to test extensively as soon as we do upgrade to 10.6 (or more likely, 10.6.1).

What’s This About QuickTime X? As much as us content creators would like to think otherwise, Apple is very much a consumer products company these days. As part of this, the new QuickTime X Player introduced in Snow Leopard heavily streamlines the user experience for consumers – which means it takes away a lot of controls us media creators have been using. Fellow PVC writer Scott Simmons discusses some of these shortcomings; fellow PVC writer Richard Harrington thankfully points out that “You can easily install QuickTime 7 from the Leopard DVD as an optional Install… both can run side by side” (whew).

And that’s all that I’ve heard so far. Again, I’ve not installed Snow Leopard myself yet, and I welcome corrections and additions to this list, but some of these were important enough (such as the install warning, and wrongy-placed fear over the kernel option) that I thought it was worth sharing the information now.